‘Hamilton’ is coming to Disney+ way, WAY ahead of schedule 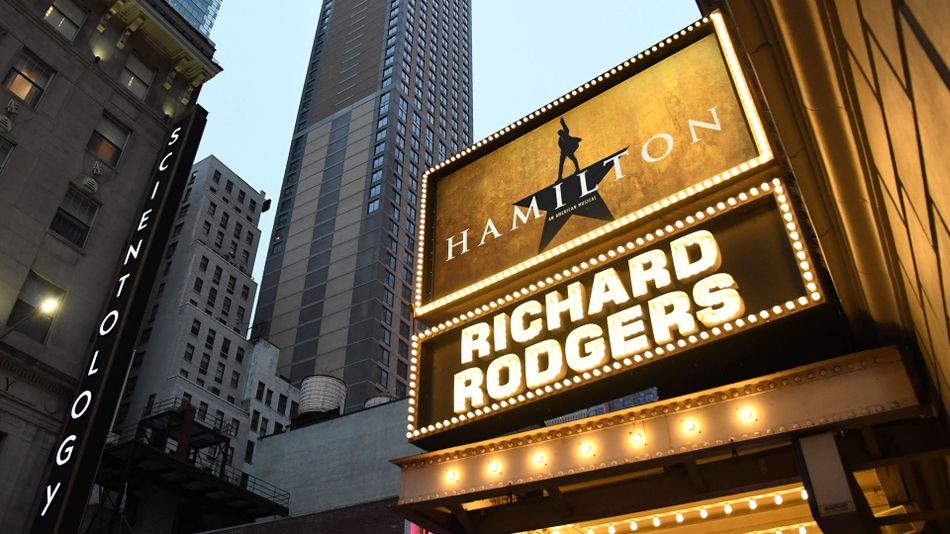 All products featured here are independently selected by our editors and writers.If you buy something through links on our site, Mashable may earn an affiliate commission.
By Adam Rosenberg2020-05-12 06:01:26 -0700

Disney is not throwing away its shot to make an Independence Day splash in the midst of a global pandemic.

Lin-Manuel Miranda and Disney boss Robert Iger confirmed that Miranda’s beloved Broadway hit Hamilton will be coming to Disney+ on July 3. That’s this July 3, in the year 2020, a full year and a half before what had been planned as a fall 2021 release in theaters.

“I’m so proud of how beautifully Tommy Kail has brought Hamilton to the screen. He’s given everyone who watches this film the best seat in the house,” Miranda said in a statement. “I’m so grateful to Disney and Disney+ for reimagining and moving up our release to July 4th weekend of this year, in light of the world turning upside down. I’m so grateful to all the fans who asked for this, and I’m so glad that we’re able to make it happen. I’m so proud of this show. I can’t wait for you to see it.”

He also, of course, had a tweet locked, loaded, and ready to go.

The “movie” is actually a filmed version of the stage show from back when it featured the original cast, in which Miranda starred as the titular Founding Father. The material comes from a June 2016 performance at New York City’s Richard Rodgers Theatre, which has been the Broadway home of Hamilton since it arrived there.

Talk of a theatrical release for the show, which first opened off-Broadway in 2015, had been flying around for years. But Disney at last confirmed a release plan back in February, with Miranda announcing an Oct. 15, 2021 launch.

Plans have clearly changed. With the world brought to a standstill by a global pandemic, streaming entertainment has become the go-to for a captive audience numbering in the billions. Disney+, being a relative newcomer in the space following its late 2019 launch, doesn’t have the massive slate of in-the-can productions that competitors like Netflix and Hulu do.

It does, however, have Hamilton. The long-awaited release of the hit Broadway show, which has toured extensively but is as prohibitively expensive to attend as any top-tier stage production, should give Disney’s streaming service a huge boost as the banked selection of new series’ and films dries up over the summer.

That’s not even mentioning the symbolic power of releasing Hamilton as the United States kicks off its annual Independence Day celebrations. The national holiday that traditionally brings together big crowds in outdoor spaces for big-money events is facing a much different world in 2020 than it has previously. While everyone continues to hunker down at home – as will almost certainly be the case come July – watching Hamilton on Disney+ will offer Americans an appealing option for celebrating what’s great about our nation.

| copyright medi furbaby 2022. Sebastianus & afra köln 2012 e. The suggestion of action you should take every day to constantly generate sales and income.