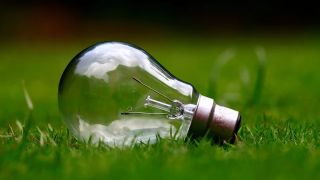 Energy regulator Ofgem recently announced that it will lower the price cap on default dual-fuel energy tariffs from £1,126 to £1,042, which is a saving of £84. Alongside this, the pre-payment meter cap will also fall by an average of £95 to £1,070.

Across the UK, 11 million homes are currently on default tariffs and a further four million are on prepayment meters. This means that 15 million households will save on their energy bills this October.

Last week, the regulator announced that the energy price cap will fall to its lowest level since it was introduced in January 2019. This is because the coronavirus pandemic has caused energy demand to be much lower than usual. As a result, wholesale gas and electricity prices have fallen to historic lows.

When announcing the new price cap, Ofgem’s chief executive Jonathan Brearley said that “millions of households, many of whom face financial hardship due to the Covid-19 crisis, will see big savings on their energy bills this winter when the level of the cap is reduced.”

However, although Ofgem’s cap reduction will help millions of households, some analysts believe that the regulator hasn’t gone far enough to help people who are experiencing financial hardship.

Some point out that the price cut falls short of industry forecasts, which had suggested a cut of at least £85 and up to £100 a year for standard variable energy tariffs.

And there’s a wider issue, too: the new energy price cap is still at least £200 more expensive than the best energy deals. The 11 million UK households that are currently paying the price cap are still paying more annually than people who have switched to a new energy supplier on a fixed-term deal.

How to get the best energy deal

The energy price cap effectively provides you with money off the most expensive tariffs on the market. You shouldn’t rely on it to reduce your bills: instead, it’s better to find for the best possible tariff available.

So, if you’re looking to save on your gas and electricity bill, then you should switch to a fixed-term deal with a new provider. These tariffs are often far cheaper than standard variable tariffs, and you could save hundreds of pounds a year by switching.

The easiest way of finding out how much you could save is by running an online energy comparison. By providing some basic information about your household and energy usage, you’ll be able to see the best energy plans in your area – along with how much you would save by switching to each.