How Self-Driving Telescopes Could Transform Astronomy 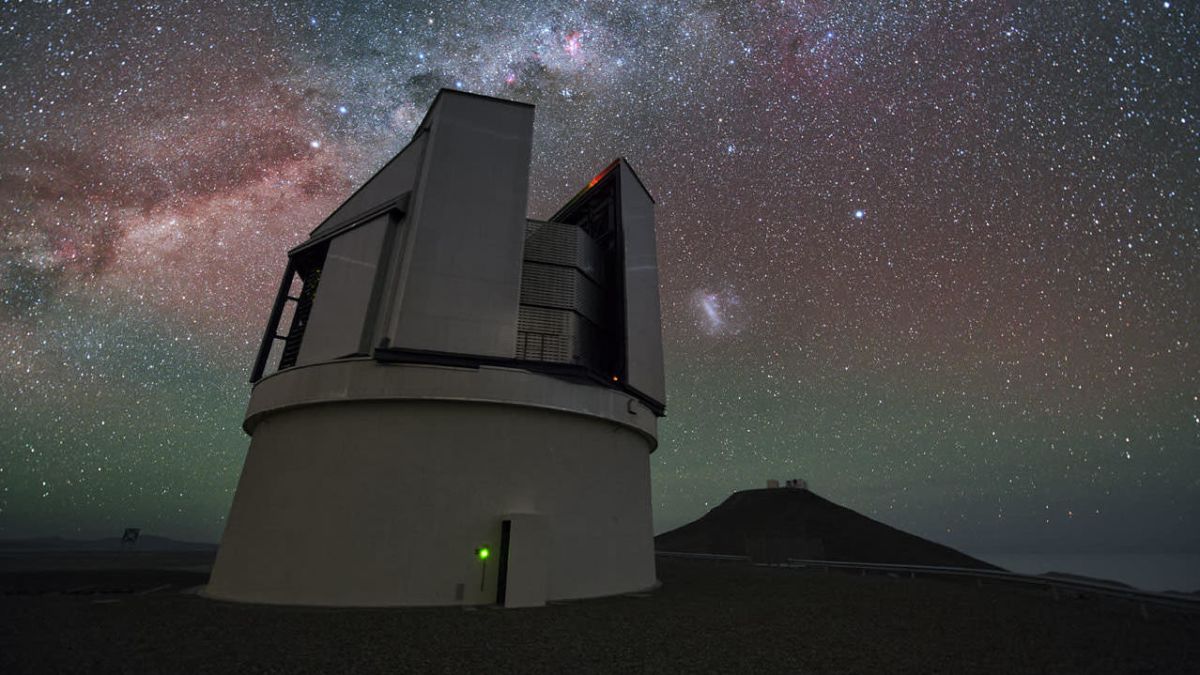 Astronomers and physicists continue to pursue the answers to the universe’s deepest questions, but on many matters, including dark matter and dark energy, they are stymied. What if an autonomously operating telescope, free from human biases and complications, could find the solutions we’ve been missing?

Today, humans steer observatories around the sky by pointing them toward single objects, or, more often, moving between a list of targets they hope to collect data on while taking into account the movement of Earth, weather, and other factors. Scientists are now thinking about ways to schedule and automate how telescopes scan through their list of targets, in order to optimize their searches for exciting cosmic events. One day, AI-powered telescopes might even write and test hypotheses for physicists.

“Just as we make decisions on which way to turn a car and which book to read next, which simulations and which observations to make can be parametrized to explore the deepest spaces of our ignorance,” Brian Nord, associate scientist at Fermilab, told Gizmodo.

Today, a list of targets is sent to a telescope, where a computer script aided by a human controls the pointing and selects targets of interest. Nord sees this as an opportunity for the telescope to make better decisions and even explore outside the specific coordinates it was given. A “smart” telescope could even account for any unexpected situations in real time, such as pivoting to spend more time observing a sudden outburst from a black hole. Nord was already familiar with using machine learning to classify objects in space, and through conversations with other experts, he realized that machine learning could be a way to optimize the performance of science experiments, including telescopes.

“It’s a challenging problem,” explained Auralee Edelen, now a research associate at the SLAC National Accelerator Laboratory, who in part inspired Nord thanks to her work applying machine learning to controlling particle accelerators. Earth is spinning, the night sky changes throughout the year, and cloud cover might block the next target on your list in a given night.

“If I was just a human looking at the weather forecast trying to plan a path that will be best for looking at a new set of targets after conditions change, that’s a hard thing to do,” Edelen told Gizmodo. “But this kind of path planning is something that AI should be pretty well suited for.”

This doesn’t necessarily put telescope operators out of a job—they’d still have the role of maintaining the telescope, spot checking, and ensuring that the program doesn’t try to make the telescope operate outside its limitations, like trying to look at sources that a fixed telescope can’t physically point at.

But Nord has ideas beyond just planning the most efficient path across the sky. What if you could automate the entire process of astrophysical discovery?

Back in 2016, Nord led a collaboration that introduced a proof-of-concept called SPOKES, or the SPectrOscopic KEn Simulation workflow. The project would simulate estimated cosmology parameters, such as one called the dark energy equation of state, which determines the ultimate fate of the universe. It incorporates both the physical constants we’ve already measured about the universe, as well as information on the very instruments that would be observing galaxies, in order to calculate the parameter. In essence, it’s a framework that allows you to simulate not just the universe but interaction between a telescope and the universe.

Nord thought about what this system would look like with machine learning added in. A machine learning algorithm could be used to generate the optimal experimental setup with which to observe the universe—such as how optical fibers are allocated for observing different wavelengths of light—in order to calculate this dark energy equation of state. Then, you can replace the simulated telescope with an actual telescope based on these parameters, which would supply the simulation with new data. The simulation would update based on the incoming data and automatically point the telescope to sources that would help reconcile differences between what the telescope is observing and what the simulation predicts. In theory, once the simulated universe and real universe were in agreement, an astronomer could just look at what value the simulation gave for the dark energy equation of state.

Nord proposed such an experiment, called the Automated Cosmology Experiment, or ACE, for the AI for Science town halls put together by Argonne National Laboratory in 2019. He was excited about the potential for such a system to generate its own hypotheses about how the universe looks in the simulation and then test them by choosing the observation targets in real time. Take the human out of the equation, and such a system might discover new objects or truths about the universe that human bias or intervention causes them to miss. For example, there’s a well-known bias called the Malmquist bias that basically says that humans are more inclined to look at brighter objects (like galaxies), leading to an observational sample that isn’t representative of the entire population. Perhaps an automated system could avoid this.

Though such a fully automated experiment approaches pie-in-the-algorithmically-generated-sky territory, it builds on a growing synergy between artificial intelligence and astronomy. AI can categorize images of objects in the sky, like distant galaxies and supernovae, pre-sorting observations so that astronomers can sift through only the images likely to be relevant to their work. Researchers have already used machine learning techniques to predict some of the universe’s physical parameters and to reduce noise in images of the sky. A team of scientists led by Elahesadat Naghib at Princeton crafted a way to use machine learning to schedule observations at the upcoming Large Synoptic Survey Telescope, similar to Nord’s self-driving telescope idea.

But there are unique challenges that come with such heavy integration of machine learning. Algorithms have a reputation for being “black boxes”; it can be difficult to understand exactly what they’re doing and why. Joshua Peek, associate astronomer at the Space Telescope Science Institute, explained to Gizmodo that just choosing what to look at can introduce bias, and AI is extremely good at exploiting bias to the point of making potentially harmful mistakes. There is rightfully plenty of skepticism about these systems, Peek said. Perhaps the biggest challenge is just figuring out how to best represent the cosmos algorithmically—and finding people with the expertise to do so.

Humans will never be fully removed from the stargazing equation, given that the ultimate goal—to understand our universe—is a deeply human one. But as telescopes take an unprecedented amount of data, and as scientists continue to struggle over the universe’s deepest questions, it’s clear that we’re going to need some help. And perhaps astronomers need help from something that thinks a bit less like a human.