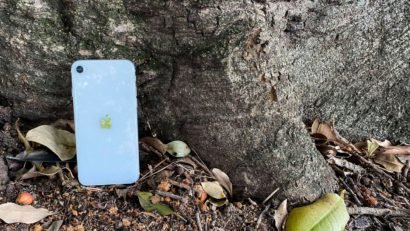 The tracking fobs used by bounty hunters in The Mandalorian to find their targets make the dangerous profession seem kind of easy. So the engineers at design studio MVRK wondered if the mythical technology could be recreated using Earth technology to make finding a missing smartphone just as painless.

It turns out it can, and you don’t have to know the first thing about bounty hunting, or even be a member of the guild, to build your own. You will, however, need access to a 3D printer, a handful of electronic components that are more or less available online, and some basic electronics skills, including soldering. The range won’t be quite as impressive as the fob Din Djarin used to track down The Child, but what are you going to do with a baby Jedi anyways?

You can find a brief overview of the project over on Medium, but for an in-depth breakdown on how the functional tracking fob prop was created, and how you can make your own, you’ll want to head on over to Instructables where all of the requisite files have been made available as open source for anyone to download and tinker with.

A Bluetooth-enabled FireBeetle ESP32 IoT Microcontroller Board was used as the brains of the tracking fob, with a rechargeable battery that powers the board, and a blinking red LED that indicates the proximity to another Bluetooth device such as a smartphone—the faster it blinks, the closer you are.

If electronics aren’t your thing, however, you can still download the 3D models and print yourself a non-functional model of the fob. The designers at MVRK used a resin printer, where a liquid plastic is hardened layer by layer with light, to ensure even small details were accurately recreated. But they point out that more common filament extrusion printers could also be used, but you’ll need to make sure you add the proper supports to the 3D model for it to print properly using that process. You can then paint and weather it however you choose to make it your own.