How to Make Your Virtual Jam Session Sound—and Look—Good 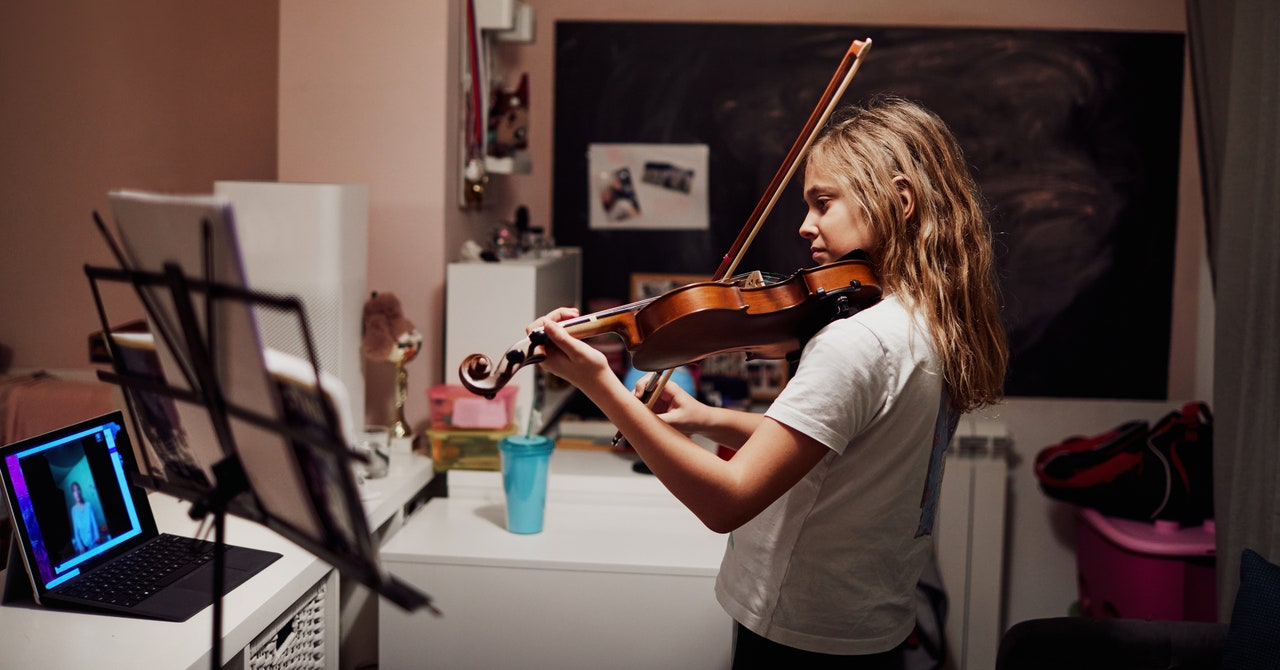 For most performers, social distancing means stopping. No more concerts or comedy clubs, no more plays or musicals. How weird, then, that one of the few bright spots of the pandemic has been the rise of a new musical-ensemble format: the virtual choir.

You’ve surely seen these videos, or at least scrolled past them in your feed: The singers appear in a grid, Zoom style. Each is clearly alone at home—and yet they’re all singing together, gorgeously and in perfect sync.

If you know anything about Zoom or its rivals, you probably sensed some fakery immediately. People can’t sing together over video chat. It can’t be done.

The problem is latency (audio lag): By the time your voice reaches the other singers’ speakers, the Internet has introduced about a half-second delay. Then they try to sing along with your already-delayed voice—and what you hear back is even further behind. It’s a vicious cycle of tempo dragging, and the result is always a train wreck.

The workaround: The musicians film themselves playing their parts individually, at home, on their phones. Then some poor, exhausted editor assembles their videos into a unified grid.

Everyone uses this process these days: the bands on late-night talk shows, the cast of “Hamilton” on John Krasinski’s show, the casts of other Broadway shows, the bands on TV benefits—everyone.

The thing is, the producers of each one had to reinvent the technique over and over, figuring it out on the fly, losing hair and shaving years off their lives. It’s time at last to provide a master guidebook for anyone who wants to create a virtual choir or orchestra.

Before you begin, a word of warning: “It’s a manual job,” says Ed Blunt, the director of the London choir Camden Voices and its viral rendition of “True Colors” (1.6 million views). “There’s no plug-in or app that does this kind of thing.”

Aren’t you excited to dive in?

Your first job is to prepare a guide track: an audio recording that your musicians will hear as they record their parts. It’s why every musician in every virtual ensemble wears earbuds (sometimes hidden by their hair).

The guide track is usually piano and a click track (metronome). For a choir, it’s helpful to prepare separate tracks for soprano, alto, tenor, and bass.

If you value your sanity, your guide track should include a countdown to your players making a loud, sharp clap before they play: “3, 2, 1, clap.”

“The clap is imperative,” says Mary-Mitchell Campbell, the music director of Take Me to the World, the 90th-birthday musical celebration of Broadway songwriter Stephen Sondheim, which aired on YouTube Live at the end of April (2.2 million views). “If you don’t do the clap, the video syncing is a nightmare.”

The clap serves the same purpose as the clapperboard used on TV and movie sets. You, too, will be editing the audio and video separately; the clap creates a visual and sonic marker that helps you realign the two later. It also lets you align all the players’ videos with each other.

You’ll also supply the sheet music and an instruction sheet. Your instructions may include tips like: Don’t sit in front of a window, because you’ll be a silhouette. Frame the shot so it’s head and shoulders. Prop your laptop or phone at eye level, so it’s not an unflattering up-the-nostril shot. Shoot in landscape (horizontal) mode, not portrait, to give you editing flexibility. Choose a plain background. Wear [your specifications here]. Avoid recording in bare, echoey rooms.