How to set a sleep timer in iOS for Netflix, Hulu, or any other streaming app 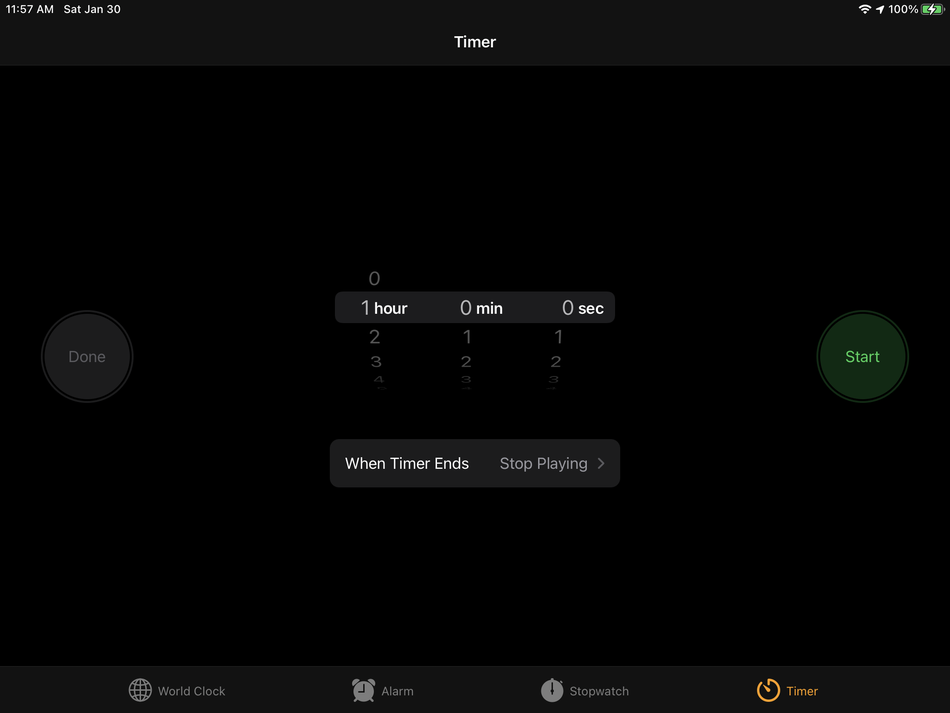 There’s some buzz right now about Netflix testing out a sleep timer.

It’s a great idea for the app, which is no doubt up and running on many bedside stands around the world as subscribers settle in for a night’s rest. But it’s just a test for now, and one that’s only for Android versions of the app. That doesn’t mean iOS users are out of luck, though.

While having sleep timers bundled as in-app features has been great for other apps (I use the Pocket Casts one frequently), iOS users already have access to a simple-yet-powerful sleep timer that works across all of the media apps I’ve tested so far. It’s very easy to find and even easier to set up.

Just open up the Clock app and head over to the “Timer” page. Once you’re there, set the timer on that page to your desired length — one hour is usually all I need, but you can tweak hours, minutes, and seconds to your liking.

After that’s done, tap the “When Timer Ends” button just below the timer’s length settings. Scroll all the way down to the bottom of the list that pops up and you’ll see an entry called “Stop Playing.” That’s what you’re looking for. Tap that, then tap the “Set” button in the top right corner of the pop-up window.

That’s it! Just hit the “Start” button when you return to the timer page and the clock will start ticking down. Once it hits zero, any media app you’re using will stop playing. I use this feature myself anytime I want a little TV to distract me as I fall asleep.