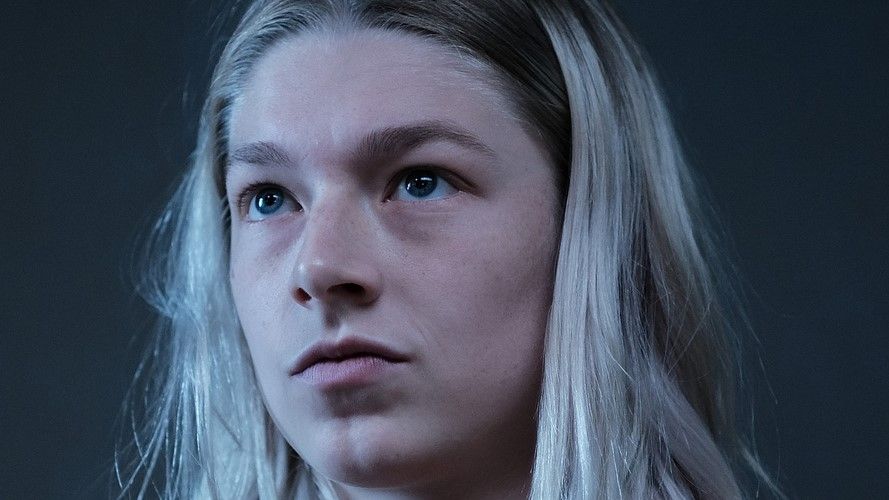 You-know-what may have delayed the second season, but Euphoria’s creators are keeping us hooked with another special episode, which tells Jules’ side of the story of her chaotic relationship with Rue – from the uplifting, intoxicating early highs to its problematic and often shocking lows. Read on to find out how to watch Euphoria special episode 2 online and stream it early, before it lands on TV – no matter where you are in the world right now.

The latest Euphoria special episode is actually the second part of ‘Trouble Don’t Last Always’, the special that was released in December, which centered on Rue in the immediate aftermath of her grim relapse.

After initially trying to pin the blame on Jules, Ali helps Rue understand that she needs to acknowledge her own issues and the grudges she holds in order to stand a chance of successfully cleaning herself up and moving on in her life, particularly the mistakes she’s made with the people closest to her, including her mother and Jules.

The new Euphoria special, titled ‘F*ck Anyone Who’s Not a Sea Blob’ (minus the asterisk), focuses instead on Jules, who’s struggling to come to terms with the breakdown of their relationship and her abandonment, and trying to piece together a narrative that makes any sort of sense.

It’s another incredibly emotional story that revisits Jules’ past and some of the more distressing moments of the relationship, and you can read on as we detail how to watch Euphoria special episode and stream part 2 online today.

How to watch Euphoria special episode 2 online in the US

Euphoria’s special episode 2 premieres on HBO Max at 9pm ET/6pm PT on Friday, January 22, before airing on HBO a couple of days later at 9pm ET/PT on Sunday, January 24.

A HBO Max subscription costs $14.99 a month and gets you one of the most premium content libraries in the world, including top-drawer TV, including HBO shows like Game of Thrones, Westworld, and Succession – as well as curated titles from Turner Classic Movies, and picks from Warner Brothers’ 100-year library. It’s also the exclusive home of all seasons of Friends and the entire Studio Ghibli back catalog.

Devices compatible with HBO Max include iPhone and Android devices, Apple and Samsung TVs, PlayStation 4 and Xbox One consoles, Chromecast and Chromebooks, and laptops and PCS. It doesn’t currently work, however, with Roku or the Amazon Fire Stick.

Not in the US? Don’t forget that if you’ve ponied up for an HBO Max subscription (or are looking to take one out) but aren’t in the US right now, securing the services of a good VPN will ensure you can watch your favorite shows wherever you are.

Just remember to have you US credit card details handy for the smoothest possible sign-up, as these are required.

How to watch Euphoria special episode 2 from outside your country

If you’re out of the US for work or taking a break abroad, you can still watch Euphoria special episode 2 no matter where you are.

Generally, if you’re traveling from the US, you’ll want to be able to access the same streaming service you would at home. And as HBO Max is only available within the United States, you’ll need to download a VPN to do so.

ExpressVPN is the world’s top VPN right now
We’ve taken the time to try out all the biggest VPN providers and we found ExpressVPN to be the best of the best. It works with lots of devices and offers super fast connections across its many servers.

Throw in its robust set of security features and ExpressVPN is the best all-round VPN for streaming  – and perhaps best of all, it has a 30-day money back guarantee plus 3 months FREE when you subscribe for a year.

How to watch Euphoria special episode 2 online in Canada

In Canada, Crave is the streaming service to turn to if you want to watch Euphoria, with the latest special episode landing on the platform on Sunday, January 22 – a couple of days after it premieres in the US.

All previous episodes, including the first special, are available to watch on Crave right now.

You’ll need one of Crave’s more premium bundles, Movies + HBO, to tune in. It costs CND$19.98 a month (plus tax) – but before you part with your hard-earned Canadian dollars you can give the service a whirl with a FREE 7-day trial.

If you’re abroad, you’ll need to download a quality VPN to connect to the streaming service you’re registered with back home – and thereby watch Euphoria online wherever you are.

How to watch Euphoria special episode 2 online in the UK

Euphoria fans based in the UK can stay up late to watch the latest special episode when it first airs on Sky Atlantic at 2am GMT on Monday, January 25 – or wait a little longer and tune in at the more reasonable time of 9pm the same day.

We all know that Sky can be expensive, so be sure to check out our dedicated Sky TV deals and packages guide to make sure you’re getting today’s best prices and offers.

If you’re not already a Sky subscriber, Now TV is your best bet for watching Euphoria on the cheap and without a contract.

Remember that if you’re temporarily out of the UK for business, you can continue to stream your favourite shows through your preferred VOD service – just download a VPN.

How to watch Euphoria special episode 2 online in Australia

The latest Euphoria special episode lands in Australia on Binge at around 1pm AEDT on Saturday, January 23 – that’s the same time it premieres in the US!

Binge‘s entry-level package is only AU$10, which provides one stream in SD quality. Splash out a little more, though, and get HD viewing and up to 4 streams.

Binge only launched in July, which might account for its generous 14-Day Free Trial! Once subscribed, you’ll get access to 10,000 hours of content, with titles including Big Little Lies, The Wire, Chernobyl, and more from networks like HBO, FX, and Warner Bros. It also offers more than 800 movies.

Finally, remember that if you’re abroad in Australia and decide to sample Binge, you’ll likely require an Australian phone number and/or method of payment. It may be less hassle to download a VPN and connect to your VOD service back home.