How to watch Gangs of London: stream the gangland drama online anywhere 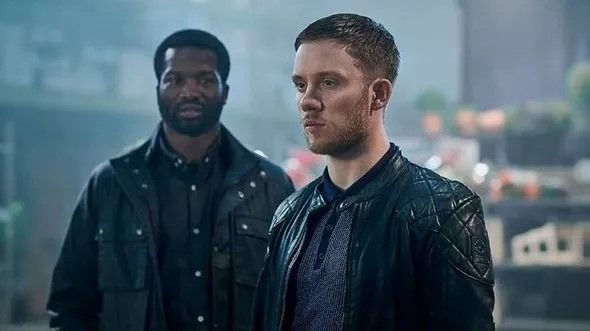 Ready to take a journey into the hidden heart of the UK capital? Then Sky’s new hard-hitting crime drama is what you should be tuning into this week – read on to find out how to watch Gangs of London from anywhere in the world, including free streaming details for the latest episodes.

All 9 episodes of Gangs of London were made available to watch on demand in the UK on 23 April via Sky Atlantic – meaning you can watch them for FREE with a Now TV trial. The show is set to air in the US on Cinemax later in the year.

Created by The Raid director Gareth Evans and his cinematography partner Matt Flannery, this big-budget Sky/HBO Cinemax co-production is far from the straight-to-video fare we’ve come to expect from British gangster films.

The story takes off as crime lord Finn Wallace (Colm Meaney) is shot dead under mysterious circumstances, causing the network of alliances between London’s underworld to be be ruptured. Amidst the turmoil, Wallace’s heir Sean (Joe Cole), sets out to avenge his father and mentor, whatever the cost.

Keep read as we explain how to watch Gangs on London online no matter where you are in the world – including the best free viewing options.

How to watch Gangs of London in the UK for FREE

Gangs of London began airing weekly on April 23 at 9pm on Sky Atlantic, though all nine episodes were also released as a box set at the time. The show keeps the same slot (Thursday nights at 9pm) for those who a traditional TV viewing experience – but if you’re not a Sky customer, there’s always its streaming sibling, Now TV.

Pick up a Now TV Entertainment Pass for £8.99 per month, and you’ll be paying that on a rolling basis if you choose to take advantage of the 7-day free trial – which should prove ample time to binge Gangs of London without paying a penny.

How to watch Gangs of London from outside your country

As Gangs of London is a Sky Atlantic exclusive, anyone from the UK who’s currently abroad won’t find it being aired simultaneously in places like the USA, Canada or Australia. Moreover, trying to tune into Sky Atlantic like you would from home will likely be impossible because of geo-blocking restrictions.

We know that this might not be a likely scenario for many, due to coronavirus travel restrictions, but the fact is people are still being required to travel – and some are even regrettably stuck abroad during this difficult time.

Fortunately, there is a solution in the form of a VPN. This nifty bit of software changes your IP address so that you can access all the content you normally would at home, from anywhere in the world.

However, note that some services require you to verify local credit card or cable subscription details before gaining access, so make sure you have these to hand before signing up for anything.

Once installed, select the location of your home country and simply click connect to watch Gangs of London at home from anywhere on the planet.