How to watch I Know This Much Is True online: stream the new Mark Ruffalo drama from anywhere 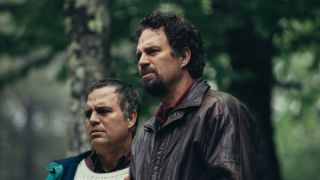 Based on Wally Lamb’s novel, this heavy-hitting drama boasts Mark Ruffalo playing dual roles and is one of the most intriguing additions to the TV calendar this year – read on to find out how to watch I Know This Much Is True online from anywhere in the world, including for free.

I Know This Much Is True cheat sheet

I Know This Much Is True debuts on HBO at 9pm PT/ET on Sunday, May 10, with new episodes of the 6-part series being aired in the same slot on the network thereafter. Cord-cutters in the US can get HBO as an add-on for Hulu, complete with a FREE trial.

Adapted and directed by A Place Beyond the Pines’ Derek Cianfrance, it sees Ruffalo play Dominick Birdsey as well as his identical twin – paranoid schizophrenic Thomas. The miniseries follows the siblings at different stages in their lives, beginning as both brothers approach middle age.

The show focuses on divorced forty-something construction worker Dominick, who is struggling to take care of his unpredictable brother while also keeping on top of his mother’s failing health. As Thomas’s behaviour starts to become increasingly erratic and dangerous, Dominick battles to keep his own head above water as the pressure mounts.

Read on to find out how to watch I Know This Much Is True online and stream the first episode no matter where you are in the world.

As it’s an original production by the pay-TV service, HBO is the go-to place to watch I Know This Much Is True online in the US.

The show gets its premiere on Sunday May 10 at 9pm ET, with new episodes airing at the same time each week thereafter.

The good news is that you don’t have to go all-in with an expensive cable package, thanks to the standalone HBO Now streaming service. This costs a reasonable $14.99 a month and there’s a FREE 7-day trial on offer so you can see if it’s right for you.

You can also get HBO as an add-on with popular streaming service Hulu. The cheapest package costs just $5.99 a month, and HBO will run you an additional $14.99pm on top of that – though both offer free trial periods.

Already subscribe to a US streaming service but can’t access it because you’re out of the country? Just grab a good VPN  and you can watch all your favorite shows just as if you were at home.

I Know This Much Is True is all set to be rolled out at a time when people are desperate for something new to watch. If you’re looking to get stuck in but find yourself stuck abroad in the lockdown, you might worry that you’ll be unable to watch show using your normal streaming service, due to pesky geo-blocking restrictions.

Fortunately, there’s an easy solution. Downloading a VPN will allow you to watch I Know This Much Is True online no matter where you are. This simple bit of software changes your IP address so that you can access episodes live or on demand as they become available, just as if you were in your home country.

Once installed, select the location of your home country and simply click connect to watch I Know This Much Is True at home from anywhere on the planet.

As with most HBO-produced shows, I Know This Much Is True is being broadcast in the UK exclusively on Sky Atlantic.

The show is set to first air at 2am BST, and then at the more reasonable hour of 9pm, on May 11 – the day after the series begins in the US. It will be available to stream on-demand thereafter (as will all future episodes), either with your Sky package, or via a Now TV subscription.

While it normally costs £8.99, you can currently pick up a Now TV Entertainment Pass for just £6.99 a month if you sign up to the service for a year. But first, be sure to take advantage of the FREE 7-day Now TV trial, which will allow to watch the opening episodes of the show online for free.

And remember, if you’re away from the UK and still want to watch the service you normally use for streaming, then you can take advantage of that VPN route as described above.

How to watch I Know This Much Is True in Australia

Pay TV provider Foxtel has broadbast rights to I Know This Much is True in Australia, and the six part show is set to be shown weekly on Monday’s at 8.30pm on Fox Showcase from May 11.

A basic Foxtel subscription comes in at AU$49 a month, but if you’re looking for the full package with a Netflix membership included then it’ll cost $99 a month.

How to watch I Know This Much Is True in Canada

Crave is your go-to source for a range of HBO and Showtime series in Canada. The service offers subscriptions either direct from your cable provider, or you can get a standalone Crave + Movies + HBO membership for $19.98 CAD a month. Plus, you can grab an extra week for free if you’re a new member.

You can catch the opening episdode of I Know This Much Is True at the same time as audiences in the US, with the show being broadcast on Crave on Sunday’s at 9pm ET from May 10.