How to watch The Blacklist season 7 finale online from anywhere 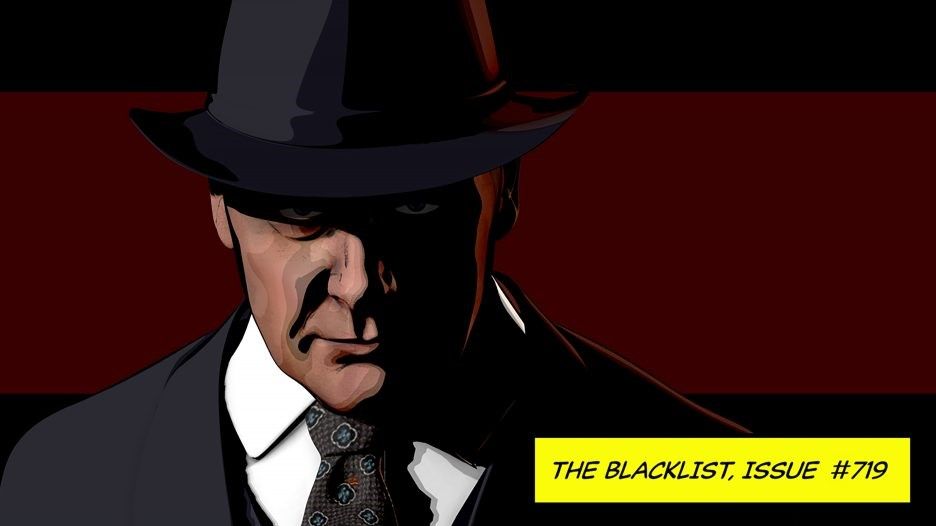 The Blacklist is one of the longest running crime dramas on TV and today it’s set to finish off its seventh run, with an eighth season already renewed. Without further ado, here’s how to watch The Blacklist season 7 finale online for free – and from anywhere in the world, no less.

The Blacklist season 7 finale is Friday, May 15 and is being shown at 8pm ET/PT on NBC. This means that you can can watch it for free in a number of major markets courtesy of Sling TV’s Happy Hour deal– make the most of it while you can, as it expires at midnight tonight!

Spoiler alert: anyone who isn’t fully up-to-date with The Blacklist season 7 may find unwanted surprises below. If that’s you, just scroll down for a country-by-country guide to watching The Blacklist, which is completely spoiler-free.

Starring James Spader as Raymond ‘Red’ Reddington, The Blacklist continues to reinvent the wheel in more ways than one, with its season 7 finale combining elements of live-action with graphic novel-style animation to enable the show to finish its current run in spite of the Covid-19 pandemic.

Episode 19 is titled ‘The Kazanijan Brothers’ and was only partially finished when the coronavirus brought production to a halt, but the addition of animated sequences meant Spader and other series regulars like Megan Boone – who plays FBI agent and profiler Elizabeth ‘Liz’ Keen – could help see it completed by recording audio at home.

Going into the Blacklist season 7 finale, we now know that Red is alive – but that’s about the only certainty that’s left. His long-time ally Liz is very much doubting his trustworthiness and true identity, while his health is also in question – so animation is unlikely to be the only surprise viewers get in tonight’s big finale.

Ready to go? Here’s how to watch The Blacklist season 7 finale online and stream episode 19 for free no matter where you are in the world.

How to watch The Blacklist season finale from outside your country

Those who already have a streaming service they use to watch The Blacklist online may find themselves unable to access it when abroad, due to pesky geo-blocking restrictions. While we’re aware that most people aren’t going anywhere in the immediate future, global travel is slowly creeping back onto the horizon – you may even be stuck abroad for any number of reasons.

Fortunately, there’s an easy solution to geo-blocking. Downloading a VPN will allow you to watch The Blacklist season 7 finale no matter where you are. This simple bit of software changes your IP address so that you can access episodes on demand just like you would at home.

Once installed, select the location of your home country and simply click connect. You’ll then be able to easily stream The Blacklist season 7 finale online from pretty much anywhere in the world.

NBC is the home of The Blacklist in the US and tonight’s season 7 finale airs at 8pm ET/PT and 7pm CT on the channel. That means you have a couple of options when it comes to watching online.

For starters, you can watch for free via NBC’s website and its companion apps, provided you can verify your TV subscription.

But cord-cutters who frown on traditional TV packages also have it good, as NBC can be watched for free in select markets today as part of Sling TV’s Happy Hour offer – you don’t even need a credit card to sign up!

Some of the major metropolitan areas privy to NBC on Sling are: New York, Chicago, Washington D.C., Boston, Los Angeles, Dallas, Miami, Philadelphia and San Francisco. The offer expires at midnight, so take advantage of it while you can!

Streaming service Hulu is another and its Hulu + Live TV package is a full-fat cable alternative – check out its FREE 1-week trial and you’ll be able to watch The Blacklist season 7 finale online without paying a penny.

Remember, as per our guide above, if you find yourself out of the country, you can use clever software like ExpressVPN to watch The Blacklist finale just as if you were at home.

How to watch The Blacklist online in the UK for FREE

The seventh season of The Blacklist received its UK premiere on Sky One on April 23, with new episodes being aired on the channel every Thursday at 9pm.

The season finale is a long way off for UK viewers, though, as episode 4 only just dropped. Patient Sky subscribers can watch season 7 via the Sky Go app, while those who don’t want to commit to a lengthy (and expensive) Sky contact y can snap up a superb value NOW TV Entertainment pass – it costs just £8.99 a month and there’s even a FREE 7-day trial on offer.

How to watch The Blacklist season finale in Australia

For those Down Under, Netflix is your one-stop shop if you’re a fan of The Blacklist. As well as having all previous 6 seasons of the show available to stream on-demand, it’s the only place in Australia you’ll find new season 7 Blacklist episodes being uploaded.

There’ll be a bit of a wait for the season finale, as at the time of writing the platform was only offering up to episode 13, but this still puts Australia comfortably ahead of other countries when it comes to streaming The Blacklist.

If you happen to be going abroad you’ll find geo-blocking will stop you from watching season 7 of The Blacklist on Netflix  like you normally would – don’t worry – just use a VPN to point yourself back to Australia and you’ll be able to tune in as usual.

The great news is that Canadian terrestrial TV network Global TV has the rights for season 7 of The Blacklist, meaning you can watch new episodes for free – and at the same time they air in the US.

This means The Blacklist finale will be on at 8pm ET tonight in Canada, and better still, Global offers a slick online streaming platform. You’ll have to verify your details to sign-up, but provided you can do that, you can watch The Blacklist season 7 finale without charge in Canada.

Can’t watch The Blacklist as usual due to pesky geo-blocking restrictions? Tune in just like you would at home by using a VPN to magically reappear in Canada and gain access to all the content you’d normally stream – which directly or indirectly, you almost certainly pay for.