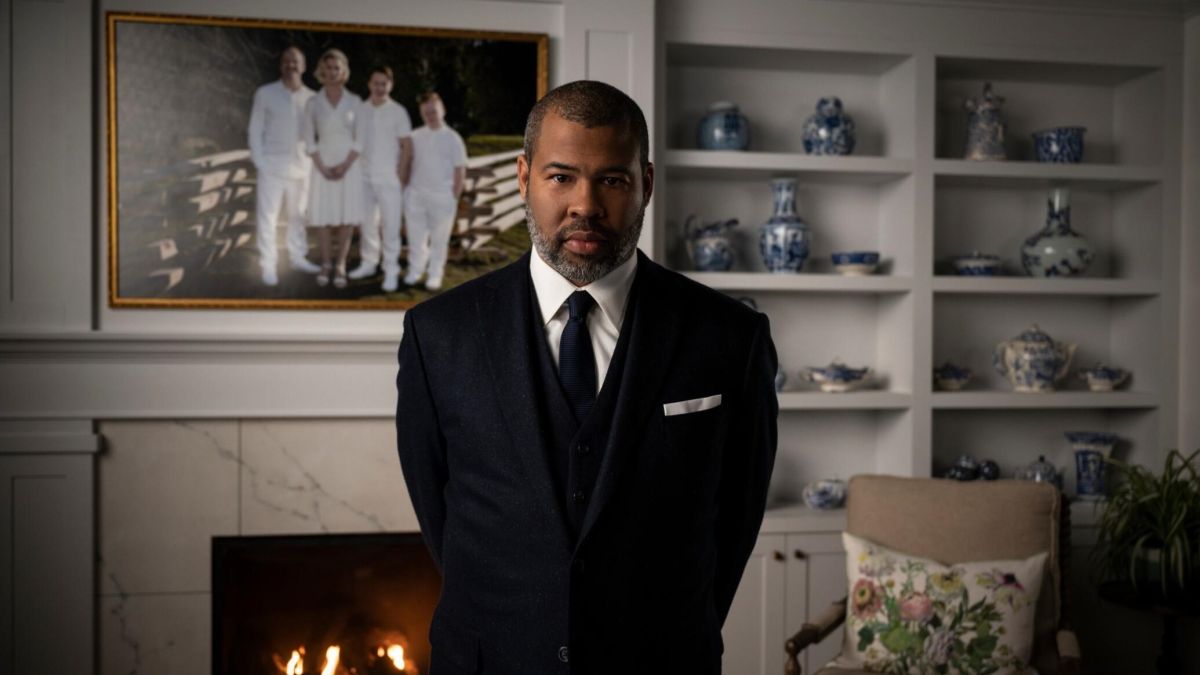 The Twilight Zone first started messing with our heads way back in 1959 – and it’s had a lasting effect on pop culture to say the least. It’s essentially the template for any modern anthology series, and counts everyone from Leonardo DiCaprio to Van Morrison among its legion of fans. Last year, it got a revival almost worthy of Rod Sterling’s original – and now 2019’s Twilight Zone reboot is entering a second run featuring 10 episodes, once again overseen by the multi-talented Jordan Peele. Here’s how to watch The Twilight Zone season 2 online and stream every new episode today.

The home of new  Twilight Zone episodes is once again CBS All Access, the network’s streaming-only platform which costs $5.99 a month and offers a FREE trial period so you can check it out. Alternatively, those in the UK can watch the first season with this FREE Now TV Entertainment Pass offer.

By way of a teaser, one of the new Twilight Zone season 2 episodes is titled ‘You Might Also Like’ and stars Gretchen Mol alongside the Kanamits – those pesky 9-foot-tall aliens that tempt you with promises of peace and harmony, but actually just want to eat you for dinner.

Following in the footsteps of season 1 stars like Adam Scott (Parks and Rec,) Rhea Seehorn (Better Call Saul) and John Cho (The Walking Dead), the season 2 cast also includes the likes of Billy Piper (Penny Dreadful) and Chris Meloni (Oz), though the real highlight is likely to be series narrator and executive producer Jordan Peele (Get Out) directing an episode starring his Toy Story 4 co-star Tony Hale.

We don’t yet know which episode in the running order it will be, but we do know that it will be called ‘Downtime’ and, in addition to Hale, also star Morena Baccarin of Deadpool and Homeland fame. The episode number is of no consequence, however, as all season 2 episodes of The Twilight Zone will be made available for streaming at once.

As with the original show, you can expect plenty of twists and turns as elements of science-fiction, horror, and fantasy all get blended together to a make a particularly macabre smoothie. And where the classic version usually illustrated a moral through its mind-bending story, the reboot morphs this into more direct social commentary in the style of Black Mirror.

Ready? Here’s how to watch The Twilight Zone season 2 and stream every new
episode of the show online from anywhere.

Travelling abroad? Then trying to stream The Twilight Zone like you would at home could prove impossible, due to geo-blocking. These are essentially digital borders, which restrict access to certain content and services to specific regions – so Service A might be available in the US, but not in the UK – or vice-versa.

Fortunately, there is a solution in the form of a VPN. This nifty bit of software changes your IP address so that you can access all the content you normally would at home, only from anywhere in the world.

Once installed, select the location of your home country and simply click connect to watch The Twilight Zone season 2 at home from anywhere on the planet.View Deal

The Twilight Zone is exclusive to CBS’ streaming-only service, CBS All Access, and all season 2 episodes are now available to watch as of Thursday, June 25.

That’s right, CBS All Access is the only place to watch The Twilight Zone season 2 right now – but fortunately, it’s fantastic value at $5.99 a month (limited commercials) or $9.99 for no commercials and the ability to download videos for offline viewing. So even if this is the only show it has that piques your interest (we doubt it), it’s still super affordable when you break it down.

Better still, there a FREE 7-day trial on offer which, if you time your Twilight Zone binge right, means you can watch all of season 2 without paying a penny. All Access also features all of season 1 of the 2019 Twilight Zone revival, so check it out today.

Anyone from America who has a subscription to the service and wants to watch from abroad will need to use a VPN to do so.

How to watch The Twilight Zone season 2 in Canada

CBS All Access is also available in Canada, with the same great value plans from $5.99 and an even more generous FREE 1-month trial.

With both seasons of The Twilight Zone available on the platform, you should comfortably be able to watch the entire revival from start to finish in 30 days.

French language coverage is available via ICI Tou.TV, a VoD service based out of Montreal. Season 1 is definitely available on the platform, though it’s unclear at present if season 2 will land at the same time it does on CBS All Access.

Anyone in Canada from abroad need only download a VPN to relocate themselves back to their home country and access their usual streaming service of choice.

There’s good and bad news for fans of The Twilight Zone in the UK – the glass being half-full if you’re desperate to watch season 2 of the revival, as a release date hasn’t yet been confirmed.

But on the positive side, season 1 is available on great value streaming service Now TV by getting on its Entertainment Passes – which costs just £8.99 month and offers a FREE 1-week trial.

Season 1 aired on Syfy earlier this year, so expect a small wait for the second run to land here – we’ll keep you posted as soon as we learn more.

For now, the only option is for those in the UK from a country where it is possible to watch The Twilight Zone season 2 is to grab a VPN as described above and stream episodes as they normally would. Just remember to have any local details required to hand, so you can get watching right away.