Hulu’s ‘Happiest Season’ is a holiday treat spiked with melancholy 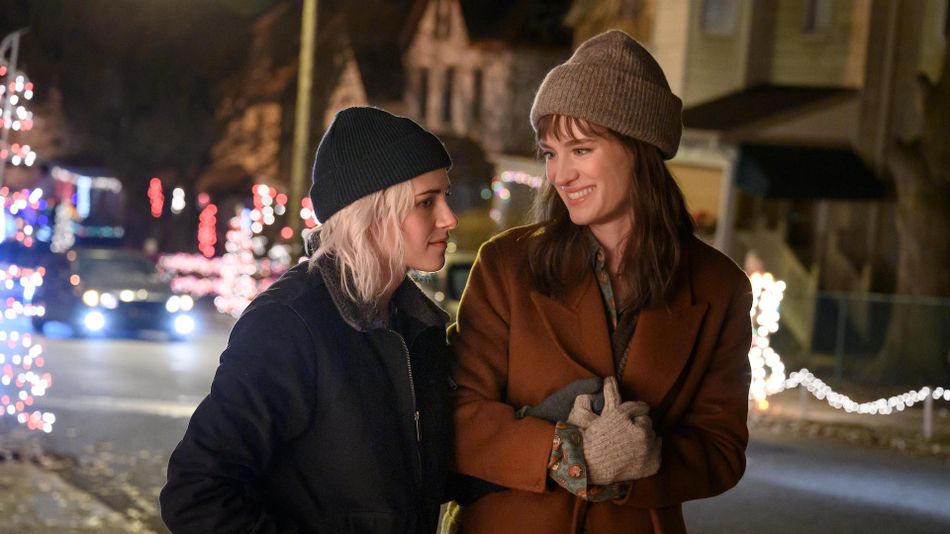 All products featured here are independently selected by our editors and writers.If you buy something through links on our site, Mashable may earn an affiliate commission.
By Angie Han2020-11-25 11:30:00 UTC

One of the first things we learn about Abby (Kristen Stewart) in Happiest Season is that she’s largely indifferent to Christmas — which means it doesn’t take a genius to figure out she’ll be at least somewhat on board with the holiday by the end of this holiday dramedy.

But the road that Happiest Season takes to get there is spiked with just enough melancholy and hardness to acknowledge the holidays aren’t all soft and cozy good times, no matter what Hallmark might try to tell you. It is, in other words, a holiday movie that even a holiday skeptic like Abby might appreciate.

To be fair to Abby, she has her reasons for not loving the holiday, rooted in a tragic past. (Because as in basically all Christmas movies, a tragic past is the only reason anyone might not care for Christmas.) To be even fairer, she does try. It’s in a burst of Yuletide joy that she accepts her girlfriend’s spontaneous invitation to accompany her to her family’s home for the holidays, Abby secretly figuring it’ll be the perfect opportunity to pop the question.

Before they even arrive at Harper’s (Mackenzie Davis) childhood home, however, the first signs of trouble arise. Harper confesses that her parents don’t even know she’s gay, let alone that Abby is her girlfriend. So Abby reluctantly agrees to maintain the charade that they’re just roommates for the duration of the trip, until Harper feels ready to come out after the holidays.

Naturally, hijinks ensue. Abby and Harper keep up the lie through absurdly implausible cover stories (“He was a…milk…man,” Abby mumbles about a fictional ex-boyfriend), cringeworthy conversations with clueless friends, and stolen embraces that devolve into slapstick. Stewart proves her enchanting comedic turn in last year’s Charlie’s Angels was no fluke, and Dan Levy of Schitt’s Creek provides ongoing commentary — and an amusing runner about his adventures in pet-sitting — as Abby’s best friend John. If Happiest Season only occasionally delivers a full-on belly laugh, it’s frequently good for some satisfied chuckles.

Gradually, though, the cracks in the Caldwells’ Insta-worthy facade starts to show. Harper’s sister Sloan (Alison Brie) is a miserable snob. Their parents (Victor Garber and Mary Steenburgen) are image-obsessed meddlers. The only pure soul is little sis Jane (Mary Holland), who provides broad comic relief as the nerdy black sheep, but is rarely taken seriously by anyone around her. And the longer Harper is with her family, the more she seems to become like them, much to Abby’s dismay (and perhaps Davis’, since Harper’s arc pushes her into the somewhat thankless role of a woman defined by the things about her that kinda suck).

That tension lends Happiest Season a slightly queasy feeling. Is it funny that Harper and Sloan nearly come to blows on the ice-skating rink, or does it suggest a dynamic that’s fundamentally broken? Are we laughing with Jane, or at her, or is it a little of both? And is it a tad unfortunate that Aubrey Plaza, as Harper’s ex Riley, is so effortlessly charismatic she nearly throws the entire film off its axis? (To the latter point: Yes, but I’m not mad about it.) The tone can be tough to pin down, leading to scenes that feel neither as funny nor as serious as they should.

And yet, that unevenness eventually alchemizes into something like holiday magic. Director Clea DuVall (who also wrote the film with Holland, aka Jane) isn’t glossing over the Caldwells’ problems but digging into them, slowly peeling away the feel-good comic veneer to reveal the hurt and anger simmering underneath. It doesn’t always make for the cuddliest experience; at times, especially as tensions between Abby, Harper, and various Caldwells come to a boil, Happiest Season can lean more bitter than sweet. But it does make for one that feels honest — maybe even honest enough to bring a bit of holiday cheer to those who’ve never assumed Christmas to be the happiest season in the first place.

16 gaming accessories on sale for your Switch, Xbox, or PS5