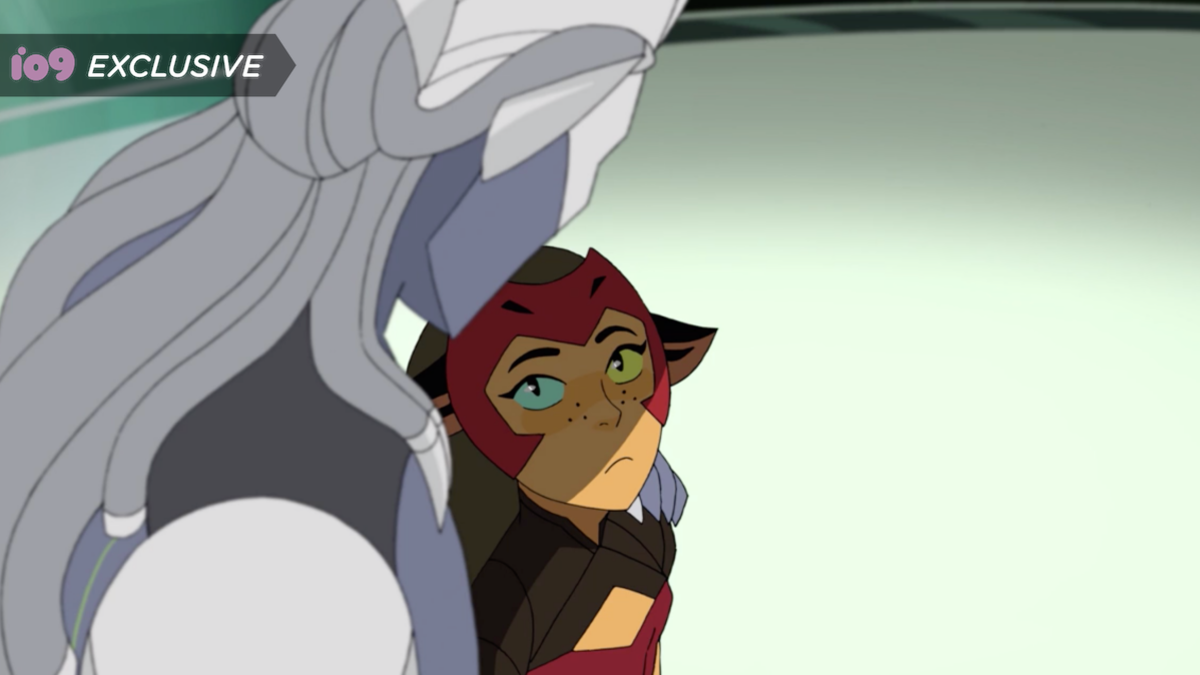 After years of clawing her way up the ladder, it seemed like Catra finally had the upper hand on Hordak. But once Horde Prime arrived, she was back in the shadows. io9 has an exclusive clip from the fifth and final season of She-Ra and the Princesses of Power in which the true leader of the Horde has an offer Catra may not be able to refuse.

The clip from the final season of She-Ra—streaming this Friday on Netflix—shows Catra in a more powerless place than she’s possibly ever been before. Horde Prime arrived to take over Etheria at the end of season four and he is a much more terrifying threat than his “little brother” predecessor. Instead of being angry and volatile like Hordak, Horde Prime is calm and collected. He knows he has Catra exactly where he wants her and can have her do anything—if he even wants her around at all.

It’s an interesting juxtaposition from a clip io9 revealed last year before season four. That clip showed Catra casually lounging in Hordak’s throne as she staged a takeover of the Horde. That was because she’d learned Hordak’s secret and therefore found a way to use it to her advantage. Here, there’s no way for Catra to know how to get the upper hand against Horde Prime. He is completely in control and all she can do is accept his offer of pledging her loyalty to him.

We’ll have to wait and see what that means for Catra, Horde Prime, and Etheria. She-Ra and the Princesses of Power returns with season five on May 15.