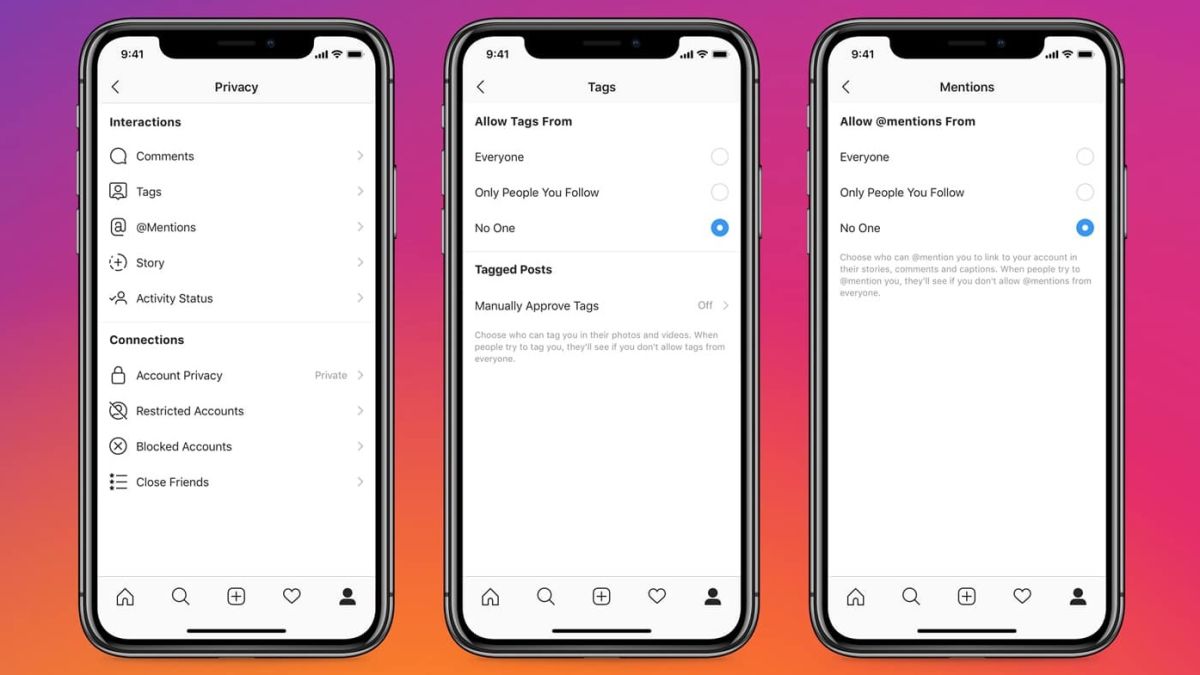 As part of its fight against online bullying, Instagram is rolling out new features designed to make it easier for users to control who interacts with them on the platform.

A major change to Instagram’s comment controls allows users to delete up to 25 comments at once, as well as block or restrict users in bulk directly from their unwanted comments. Currently, users can only delete one comment at a time and block or restrict one user at a time, which makes it incredibly time-consuming for those with high follower accounts (or their assistants) to effectively manage unruly comment sections.

This new feature will work one of two ways, depending if you are an iOS or an Android user. How it works on iOS: Tap on a comment, then select the dotted icon in the top right corner. Tap Manage Comments—from there you can delete up to 25 comments at a time. Select More Options if you need to block or restrict multiple accounts. On Android, you can access the new bulk delete option by pressing and holding a comment, then tapping on the dotted icon and selecting Block or Restrict.

Instagram is also giving its users the ability to highlight or pin up to three comments at the top of their post, and will notify the person who wrote it. Instagram hasn’t started testing this feature yet, but it says its intention is to let users “set the tone for their account.”

The new features are mentioned in Facebook’s latest Community Standards Enforcement Report, which highlights what each Facebook-owned platform (which includes Instagram) is doing to enforce its policies related to bullying, hate speech, fake accounts, and other negative behavior.

Instagram is rolling out a new tag management feature similar to Facebook’s, but will also give users better control of their mentions. Currently, Instagram only gives you the option to toggle the option to manually approve tags on and off. If your profile is public, anyone can tag you in a photo or video—same with mentions in comments, captions, and stories. But the new feature will let you choose to allow tags and mentions from one of three categories: everyone, only people you follow, and no one.

Like the content controls, it seems like this feature will be a time-saver as well, because users won’t have to go through every tag and mention to see if they are OK with it or not. Also, I like that Instagram went with the “only people you follow” option instead of the other way around, since those with public accounts can’t control who follows them or not, unless they want to go on a blocking spree.

Instagram is still testing removing “like” counters. The company started testing that feature near the end of 2019 as a way to “depressurize” the platform and get people, particularly teenagers, to focus more on interacting with others rather than trying to rack up as many likes as possible on their posts. But likes are still an important metric for brand marketers to measure engagement. Should likes totally disappear, it’s possible that only business accounts will have access to those numbers as an internal measurement. Or perhaps personal accounts will still see the number of likes on their own posts, just not anyone else’s.

It’s nice to see Instagram putting in some effort to make its platform friendlier, given that we’re spending our time in quarantine endlessly scrolling through its feed.