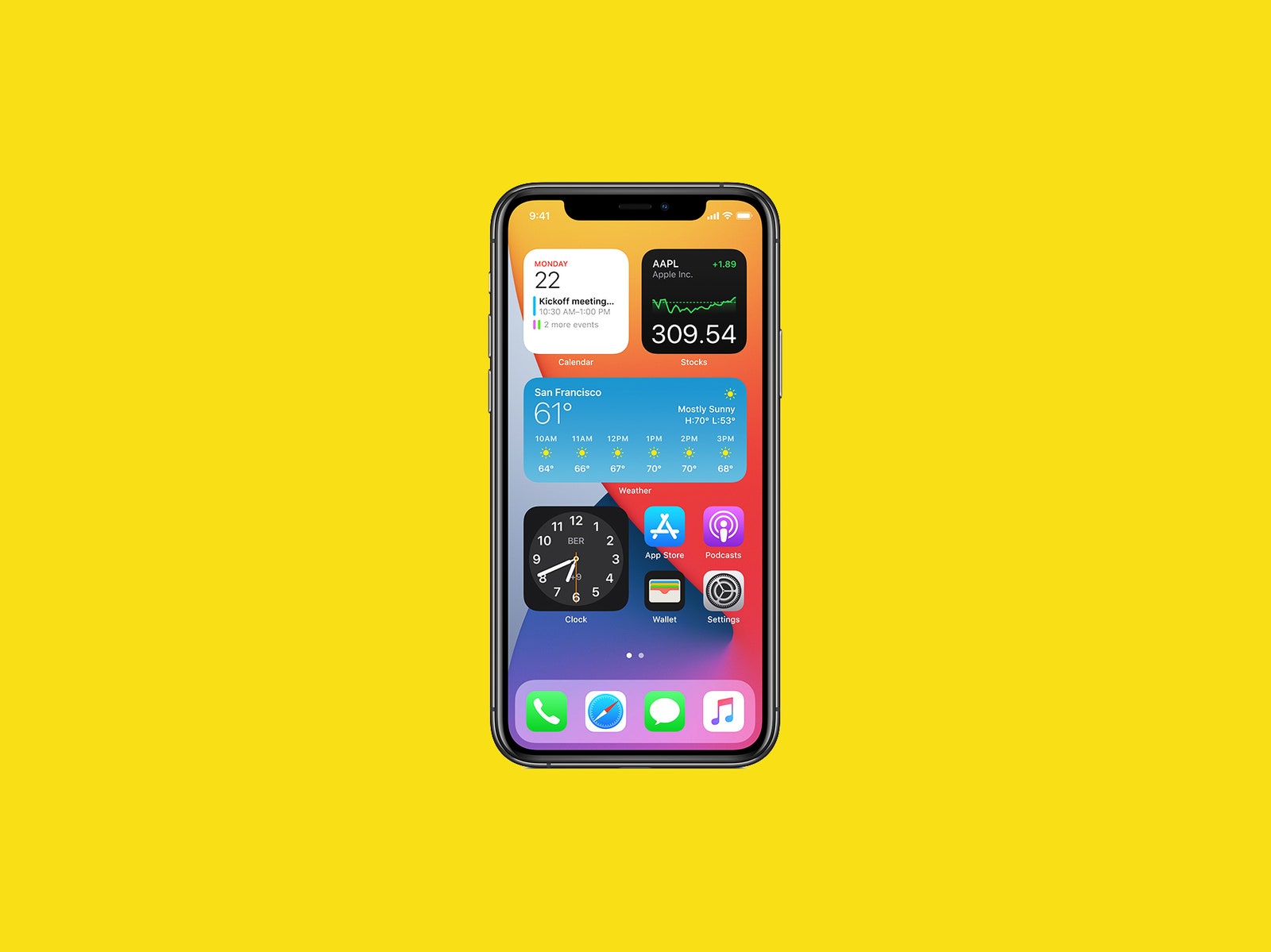 The iPhone’s software is getting a facelift this year. At its virtual WWDC (Worldwide Developers Conference), Apple previewed the many upgrades coming to your iPhone in the next version of its mobile operating system, iOS 14. Notably, your home screen could look very different in the future, and the iPhone could become your new set of car keys in a few years’ time.

We’ve collected all the top upgrades you’ll find in iOS 14 when it debuts later this fall, and some small changes too.

For years, the iPhone home screen has been a grid of app icons that go on for pages and pages. That’s beginning to change. In iOS 14, you can hide pages of apps you don’t use often, and a scroll to the right will let you access your new App Library. It’s quite similar to the app drawer on Android phones, but instead of more icons in an endless vertical stream, apps are grouped into various categories like Social, Productivity, and Entertainment.

The top two categories (which look like big folders) are Suggested and Recent Apps. Suggested Apps uses machine learning to recommend apps you might want to use next, and Recent Apps shows apps you recently used or installed. There’s also a search bar at the top.

Until now, the iPhone’s widgets have been relegated to the Today View on the left of the main screen. Now, you can pull these widgets out and into your home screen (just like on Android) and get alternate sizes for them. This allows you to customize how your phone looks, and quickly access certain functions, like switching music tracks with your music app’s widget. To see all the widgets available with the apps you have installed, there’s a Widget Library. Developers can start making new home screen widgets for their respective apps.

One particular widget Apple called out is Smart Stack, which bundles together a variety of widgets into one oblong-shaped box. You can swipe through this widget to see the others, and the Smart Stack also automatically changes based on the time of day and your usual activity. For example, in the morning, Smart Stack might show you a morning news briefing. In the afternoon, it might switch to your calendar widget, and in the evening, it might show your fitness activity summary.

If you’re watching a movie on your iPhone but you need to switch to a messaging app to respond to someone, Apple’s new picture-in-picture mode means you don’t need to hit the pause button. Instead, you’ll see a floating screen over your home screen (or any other app). You can resize it, drag it around, and control video playback. You can even minimize it to the side of the screen but still have audio playing if you need your iPhone’s full screen for something else.

Siri Gets a Revamp

A new version of Siri won’t take up your whole screen when you just want to ask a question. Instead, Siri now looks like a small bubble at the bottom of the screen. Ask it for the weather, and you’ll see a pop-up notification at the top of the screen with the answer. It’s a little smarter, too. It can access information from across the web (to some degree), and can also now send audio messages for you in the Messages app.