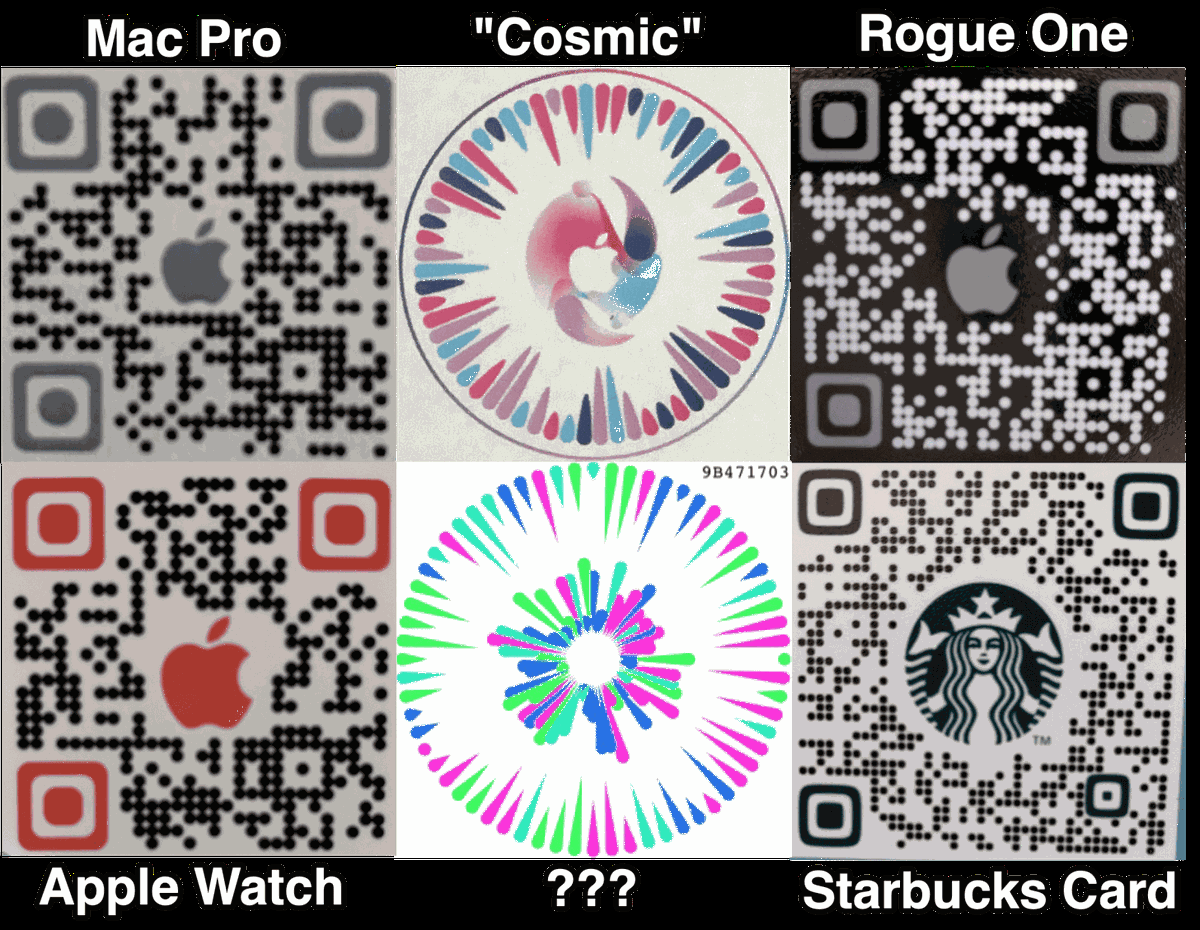 Apple’s upcoming iOS 14 could have a new augmented reality app that can read Apple-branded QR codes and might have new features baked into the Find My app, according iOS 14 files obtained by former TechCrunch reporter Josh Constine.

That new AR app, called Gobi in these files, could be able to read both more traditional-looking QR codes and an interesting new circular design for QR codes, reports Constine. Constine also shared images of what those QR codes may look like:

“Files in Gobi included QRs that opened the Mac Pro and Apple Watch websites, the Star Wars: Rogue One movie in the iTunes Store, and one that opens the Starbucks Card sign-up flow,” says Constine. Code in the files also apparently suggests the Gobi app could use location data to let customers claim discounts at certain Starbucks stores. 9to5Mac first reported on Gobi in March.

The Find My app may also get new sound and vibration cues to help you more easily find your devices while using the app, reports Constine. Apparently, there are specific sounds that play as you get closer to a device you’re looking for and ones that play as you get farther away. It seems possible these sounds could be used to help you locate Apple’s long-rumored Tile-like AirTag tracking tags, should they ever be released. You can hear some of the sounds at 2:03 in the video embedded at the top of this post.

iOS 14 is also rumored to include a new home screen view, a new fitness app, a “PencilKit” API, and the ability to set third-party apps as your default browser and email client.