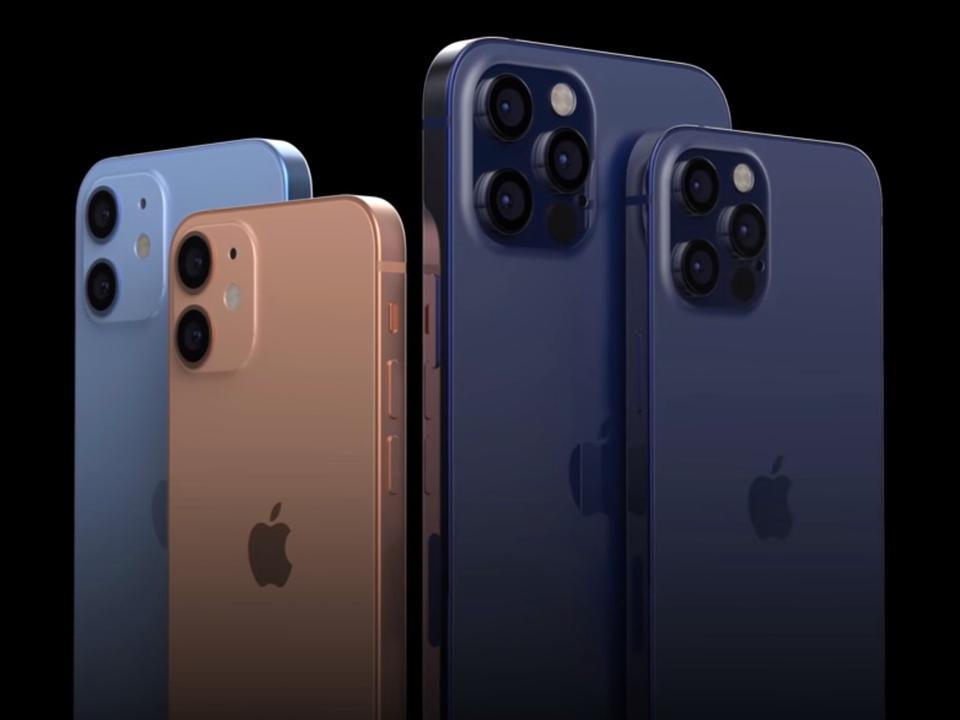 Apple has four iPhones this year: the iPhone 12 and iPhone 12 mini are the lower-end flagships, missing out on a few features to keep the price down. The iPhone 12 Pro and the larger iPhone 12 Pro Max, meanwhile, are the most advanced phones Apple has ever released – and you’ll pay for the privilege with a price bump over the cheaper models.

The iPhone 12 Pro and Pro Max differ mostly in screen size and cameras. Here’s all we know about the most advanced (and expensive) Apple phones.

The iPhone 12 Pro and iPhone 12 Pro Max were announced on October 13, 2020. While they were originally expected at the September Apple Event (aligning with the typical iPhone launch window), the handsets were unveiled a month later, likely owing to the coronavirus outbreak’s impact on the phones industry.

The iPhone 12 Pro release date will be on October 23, with preorders going live on October 16. That’s different from the Pro Max (see below), surprisingly.

Get the best Apple iPhone 12 deals before anyone else!

We’ll send you pre-order details and the best Apple iPhone 12 deals as soon as they’re available.

Both phones are available in four colors: Silver, Graphite, Gold, and the new Pacific Blue hue.

Externally, the phones don’t look very different to the previous generation, although they’ve abandoned the curved sides for a flat edge, which originated with the iPhone 4 and was last seen in the original iPhone SE. The third-generation iPad Pro (2018) was the first Apple device to bring back this look, and it’s sure to please fans of the older iPhones. Both new models are IP68-rated for dust and water resistance, just like last year’s iPhones.

The Pro models sport a triple rear camera array that’s largely similar to the setup on the iPhone 11 Pro and Pro Max, though they get some granular improvements – the telephoto lens has been improved from 3x to 4x optical zoom, for instance (skip down to the cameras section for details).

Apple has also brought an old-favorite Mac feature around to the newest iPhones: MagSafe is a new system that lets you clamp magnetic accessories, like cases and wireless chargers, to the back of your phone. This should help anyone who’s ever struggled to situate their iPhone on just the right spot on a charging pad, but during the event livestream, presenters clipped on magnetic chargers through cases. The official MagSafe chargers even charge at up to 15W wirelessly, which is neat.

Apple has improved the screens on the phones with Super Retina XDR, its latest display tech, for the best color accuracy in an iPhone yet. Better still, the ‘Ceramic Shield’ front cover atop the screen has ‘nano-ceramic crystals’, which, Apple says, offer 4x better drop protection.

The iPhone 12 Pro and Pro Max keep the basics of the last generation of cameras, although they’ve all been improved slightly, and there are some differences between the two models.

Both phones’ main lenses have wider apertures, at f/1.6 aperture compared to f/1.8, with the iPhone 12 Pro seeing 27% better low-light performance, according to Apple. The Pro Max model, however, has a 47% larger sensor (with a 1.7μm pixel size), which Apple claims gives it a huge 87% improvement in low-light performance.

As previously mentioned, the telephoto lens on the iPhone 12 Pro has been boosted from 3x optical to 4x optical while retaining its predecessor’s 52mm-approximating lens. The iPhone 12 Pro Max’s telephoto, on the other hand, has been improved to simulate a 65mm lens, effectively providing a 5x optical zoom.

Both the iPhone 12 Pro and iPhone 12 Pro Max also have a new, fourth spot on their rear camera arrays: a LiDar scanner, which is used to sense depth, even at night, improving autofocus by 6x in low light. But perhaps best of all, LiDar (along with the A14 Bionic neural engine) enables Portrait-style depth photos while using Night Mode.

Both models are getting more versatile low-light photo options, as Night Mode is expanded to the ultra-wide and TrueDepth cameras. Time-lapses in Night Mode can be captured over longer durations, and the new Smart HDR 3 tech should enable better color and light compositing in images.

Both the iPhone 12 Pro and Pro Max can record HDR video and Dolby Vision up to 60fps. Dolby Vision video will be processed live and sustained during editing, says Apple, whether you’re editing casually in the Photos or iMovie apps or in Final Cut Pro X later in 2020. Users can share videos up to 4K Dolby Vision to other devices via AirPlay, too.

Excitingly for serious iPhone photographers,: later this year Apple will update the iPhone 12 Pro and Pro Max to enable them to take photos in a new proprietary format, ProRAW. Per Apple, ProRAW “combines Apple’s multiframe image processing and computational photography with the versatility of a RAW format,” allowing users to tweak color, detail, and dynamic range natively on their iPhone or using other photo-editing apps.

The iPhone 12 Pro and Pro Max pack the A14 Bionic chipset, which Apple claims is the first 5nm chip on the market. It’s a 6-core chipset with 11.8 billion transistors (40% more than on the A13), and its 16-core neural engine that can apparently do 11 trillion calculations per second.

Apple claims the A14 Bionic is 50% faster than other chips on the market – presumably that includes the Snapdragon 865 Plus.

And as expected, both the iPhone 12 Pro and Pro Max will run iOS 14 out of the box, enabling widgets, picture-in-picture video, and general operating system improvements.