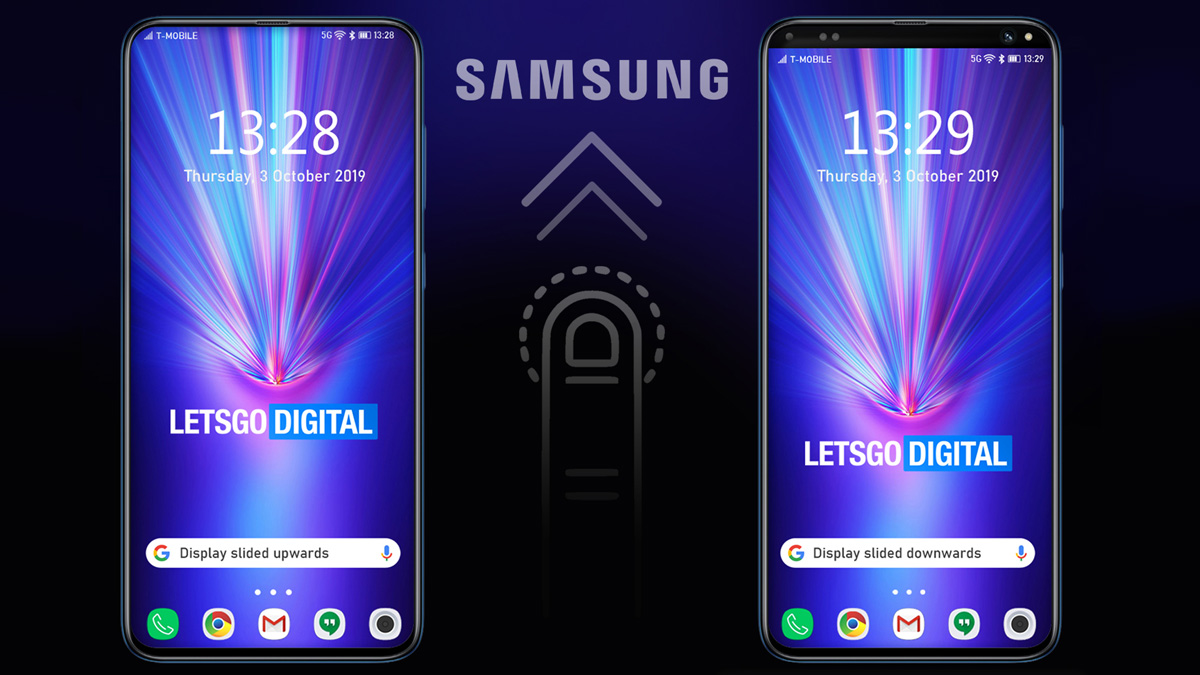 Smartphones that fold up and flip open seem to be back in vogue. So, just when Samsung has announced its readiness to launch the Galaxy Z Fold 2, comes the news that Oppo could now be developing a sliding device with an extendable display.

Right now, all that we know about the new device comes from  a bunch of sketches that are part of a design patent. Oppo seems to have filed the new patent with the China National Intellectual Property Administration or the CNIPA some time in the recent past. The patent was first spotted by Tiger Mobiles.

The filings, which were later accessed by Android Headlines, shows several images of the possible device, though there are little or no details about the specifications as yet. The sketches seem to suggest a compact sliding phone that extends its display when it slides open. By the looks of the designs, the full screen could get 40% more real estate compared to the folded form.

In the folded state, the device display appears to be in the 1:1 ration, which means it could have a square shape and remain compact. However, in the extended format, it becomes taller, if one were to go by the design drawings shared by Oppo as part of its patent filings. However, there is nothing in the patent listing that provides actual dimensions.

Oppo is also working on a foldable phone

Oppo is working on its own version of a foldable phone which seems to take a couple of lessons from the Huawei Mate X, the latest foldable phone on the block.  After Samsung announced its Galaxy Fold last week, Huawei entered the race just yesterday when it showcased a foldable phone with minimal bezels.

Brian Shen, VP at Oppo took to Weibo and gave us our first look at their yet unnamed foldable phone some time early in March this year. Shen noted that the company doesn’t think that a foldable phone brings about a whole lot of improvement in user experience, which is why Oppo is not mass producing its foldable phone just yet as it wants to observe the response from consumers first.

When will the slider phone arrive?

At this moment, we cannot also make out where the power key or the volume rockers would be placed though in all probability Oppo could place them at the back perhaps as the sides look too thin to hold the buttons. Of course, since this is still only a drawing, and we are unaware of the actual dimensions, the device could place these rockers on the sides.

It also appears that the device would have pretty thin bezels, given the overall dimensions that we see on the drawings. There are some black bars showing up which appears to indicate the presence of bezels. As for cameras, Oppo could have planned for an under-display camera, the sort that brands such as Xiaomi and the ZTE Axon 20 5G  are coming out with soon.

There is also no mention of how the phone would unlock and whether a fingerprint scanner or a facial recognition option would be available. But, these could easily fit into the under-display camera option that we brought up earlier.

Of course, there is a caveat every time we look at a patent filing and hope to construct the end product. Apple files the maximum patents for products but most of it never gets made and in recent times LG too has applied for patents for foldable devices.

Now, Oppo too could be just taking baby steps into a foldable phone project at this juncture and the design drawings are only representative of the form factor. If this is the case, Oppo could well have devised means of placing the cameras, the fingerprint scanners and other bells and whistles in other design sketches, which we are not privy to.