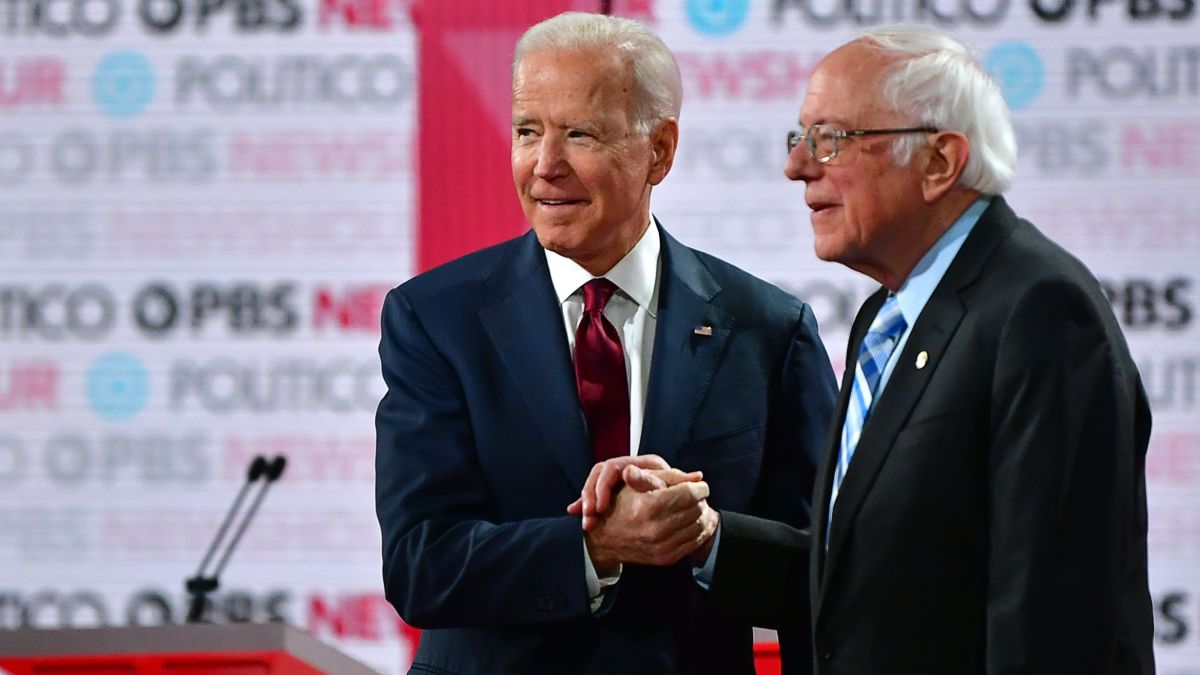 Joe Biden has a lot of work to do to win over progressives as the presumptive Democratic presidential nominee, especially when it comes to the climate crisis. On Wednesday, his campaign announced the names on a series of task force put together with his top primary rival, Senator Bernie Sanders. Those names are varied to say the least.

Biden’s picks for the committee couldn’t be more different. For co-chair, he nominated John Kerry, who as secretary of state praised fracking as a game-changer. AOC, by contrast, introduced a measure to ban fracking this year. Florida Rep. Kathy Castor, who has endorsed Biden, will also sit on the committee. Castor chairs the House’s Select Committee on the Climate Crisis, the toothless committee which House Speaker Nancy Pelosi created last year instead of the more powerful Select Committee on the Green New Deal that AOC and the Sunrise Movement were pushing for.

This variety isn’t by any means surprising. Sanders’ climate plan was far more ambitious than Biden’s, and their approaches to the crisis were quite divergent. And these aren’t merely differences in style: They could amount to real policy disagreements around how quickly we draw down U.S. greenhouse gases and how much we invest in climate adaptation. Those decisions would essentially determine whether or not some people live or die.

These committees are billed as “unity task forces,” but so far, establishment Democrats’ calls for unity have been pretty empty. If this is going to be any different—and if these committees are going to provide input on policy that actually meets the scale and urgency of the climate crisis—unity can’t be a one-way street. Sanders’ more progressive delegates can’t be expected to simply acquiesce to their more centrist counterparts. And those more progressive delegates will have to stand their ground, making it clear what issues and principles should be non-negotiable.

Earther reached out to climate activists, scientists, scholars, and organizers to ask what the list of non-negotiable climate policies and principles should be. Their answers are below, lightly edited for brevity.

The top priorities, in my opinion, should be:

This committee must fight to advance real, just, people-first solutions. The good news is, they don’t have to reinvent the wheel. Past candidates in this election have begun to heed the demands of people and movements and have proposed what many have called some of the strongest political proposals for climate action. The Biden campaign should borrow liberally from those to shape his plans. Non-negotiables include:

What I would hope for is that the the wisdom and the tenets of the frontlines—like uplifting a just transition, democracy, food sovereignty, and energy democracy—aren’t just like glanced over or seen as boxes to check off. I hope that this committee agrees to be informed by frontline people, people who are already doing this work on the ground in frontline communities across the country.

I’d like to see a focus on U.S. fossil fuel production. As recent work by research institutions and the United Nations has shown, governments, including the U.S., are planning on producing roughly 120 percent more fossil fuels than would be consistent with the goal of keeping global temperatures below 1.5 degrees Celsius.

Broadening the focus of the climate change task force to include fossil fuel production—not just consumption and in-country carbon dioxide emissions—would help increase the effectiveness of climate policy while also help bring relief to communities that need a just transition away from fossil fuels, including those communities that suffer undue pollution from fossil fuel production and processing.

In that vein, the task force should seek to start fleshing out the pieces of a long-term national energy strategy that aligns with its climate strategy i.e., create a schedule for phasing out fossil fuel production, alongside phasing out carbon dioxide and other greenhouse gas emissions.

We would love for the task force to make it clear that fossil fuel corporations must be held accountable and that the next president should clear the way for that with real climate ambition that signals a market shift from dirty energy to wind, solar, and fossil free consumption.

We want to see environmental justice and climate justice centered in investments that support workers and the communities they live in, and we want that change in line with targets for the end of fossil fuels in the climate decade featuring permanent emissions reduction, access to sustainable energy for all, and a Green New Deal.

This is a welcome and necessary first-step in the path to unity for our presumptive nominee, Joe Biden. In the weeks and months ahead, I hope we’ll see these task forces focus on a couple of key items:

It remains unclear exactly what these task forces will do and how much they will influence what a Biden presidency would pursue. As long as Joe Biden is still listening to the same people that pushed fracking a decade ago, people like Heather Zichal and Ernest Moniz, we have deep concerns about where climate policy would end up.

So, while we appreciate that a few Green New Deal advocates have been brought into the Biden camp, the climate movement must continue to push not only Joe Biden, but Democratic Congressional leadership, and elected officials at all levels of government to fight the fossil fuel industry and take the actions we need to save our habitable planet.