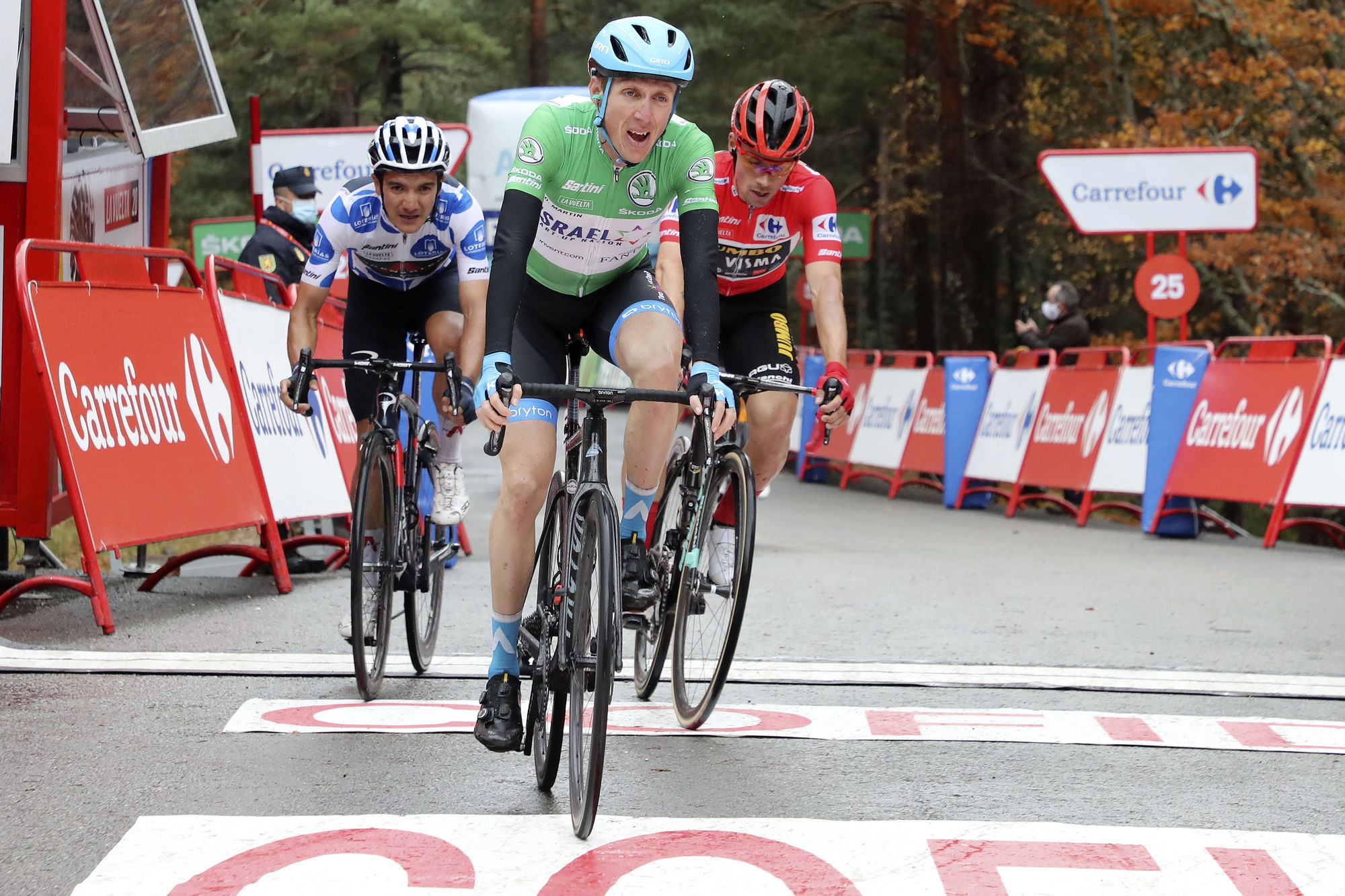 Featuring some of the most punishing summit finishes in cycling, La Vuelta a España 2020 is under way as it holds a unique 18-stage edition of the prestigious race. Follow our guide below as we explain how to watch La Vuelta 2020 online and get a Vuelta a España live stream wherever you are in the world today.

Shunted from its regular August slot in the calendar thanks to the coronavirus outbreak, and despite the Tour de France and the ongoing Giro d’Italia swapping positions, La Vuelta once again stands as the final Grand Tour of the season – and it’ll take some finish in Spain to top what we witnessed in Italy this year, where unheralded British rider Tao Geoghegan Hart won the race on a final day time trial.

In order to fit into the now jammed sporting calendar, this year’s race has been trimmed to 18 stages, with things kicking off in the Basque town of Irun before finishing with its final dramatic stage in Madrid.

The race this year began in Irun on Tuesday, October 20 and finishes Sunday, November 8 in Madrid. Start times vary each day, but as a rough guide you can expect action to start around midday local time – which  is 11am GMT, 7am ET, 4am PT, and 10pm AEDT. Catch the race from anywhere with the help of a good VPN.

An event growing in prestige and reputation with each edition – recent past winners have included big names such as Chris Froome, Vincenzo Nibali, Nairo Quintana, and Alberto Contador.

Despite the alterations to La Vuelta’s schedule this year, the race is still set to be one of the most demanding events of the season, with five mountain stages and eight hilly days for the General Classification hopefuls to endure, and a single individual time-trial on Stage 13 set to be an breathtaking battle over 33.7km.

Roglic returns to defend his title, while hopes will also be high for his Jumbo-Visma teammate Tom Dumoulin. The race also marks the end of an era for British rider Chris Froome, who will line up for Ineos Grenadiers, in his final race for the team ahead of his move to Israel Start-Up Nation in 2021. It marks Froome’s first Grand Tour appearance since the 2018 Tour de France, however he looks set to be riding in support of team-mate Richard Carapaz.

Read on for everything you need to know to watch a La Vuelta a España live from anywhere in the world right now.

If you’re desperate to watch every stage of La Vuelta a España cycling but you’re away from home and the coverage is geo-blocked, then you could always use a VPN to access it (assuming you’re not breaching any broadcaster T&Cs, of course). You may be surprised how simple it is to do.

ExpressVPN is the world’s top VPN right now
We’ve taken the time to try out all of the biggest VPN providers and found ExpressVPN to be the best one around. It works across nearly all major platforms and offers super-fast connections to its many global servers – which are what you connect to when you want to quickly change your device’s IP address to a different part of the world.

Yep, ExpressVPN is the best all-round VPN for streaming at (appropriately) excellent speeds – and perhaps best of all, it has a 30-day money back guarantee, plus 3-months FREE, when you subscribe for a year.

All the action from La Vuelta a España is set to streamed once again via Spain’s own free-to-air RTVE network on its dedicated Teledeporte sports channelt. The TV channel itself can be viewed via apps like TruTV in the US, so you can enjoy all the cycling action from anywhere on your mobile smart device. As you’d expect, he commentary will be in Spanish.

Aussie cycling fans can watch the action with English commentary for free thanks to SBS. The free-to-air broadcaster has the rights to show the Vuelta live on its Viceland channel. Don’t worry if you’re out of the country and want to catch that SBS broadcast – just grab a VPN and you can watch La Vuelta as if you were back at home on your laptop, mobile or other TV streaming device.

La Vuelta a España live stream: how to watch online in the UK

For UK residents, Eurosport has you covered for live Vuelta España coverage. That means Eurosport 1, which is available in lots of broadcast and streaming forms, should make watching every day of the Grand Tour race simple.

Eurosport is available with a number of Sky TV packages or with a Eurosport Player monthly (£6.99) or annual pass (£39.99).

And remember, to watch your home overage from abroad, you can always use a VPN, log back in to a server in your country and watch as if you were there.

It’s also worth noting that free-to-air ITV4 will also be broadcasting a daily highlights programme each night. Its slot varies slightly day-by-day, so check the channel’s listings to find out when it’s going on be on air on the evening you want to watch La Vuelta highlights.

La Vuelta a España: live stream cycling in the US

Vuelta a España 2020 is once again being aired by NBC Sports Live Extra in the US. This means it can only be streamed online, not watch on linear TV, so if you have the app then you can enjoy it anywhere. However, for those that don’t have access to this stream there are other options.

For the most extensive coverage NBC has to offer, you can subscribe to NBC Sports Gold, which is offering a Cycling Pass for $54.99, delivering live, on-demand and commercial-free coverage of the Tour.

There’s also the option of streaming La Vuelta live using a FuboTV Cycling Pass. Fubo is a sports focused streaming TV solution that lets you subscribe to watch cycling for $59.99 for the rest of the 2020 season.

Since this is app powered and delivered over the internet, you can watch it on lots of different devices. including laptops/PCs, smartphones, tablets, Smart TVs and streaming boxes. That means wherever you are, you shouldn’t miss the action.

FloBikes is another service that offers a La Vuelta live stream with plans starting from $12.50 a month.

And don’t forget, subscribers to such services can take their coverage with them anywhere in the world – all you need is the services of a quality VPN.

How to watch the 2020 Vuelta a España: live stream La Vuelta in Canada

Canadians have a couple of similar options to the US for watching La Vuelta a España 2020 action, much in the same way as their US neighbours can. That means Fubo.TV and FloBikes access in Canada where the events will be streamed to whatever device you’re using. Simples!

La Vuelta live stream: how to watch Vuelta a España in Australia

Aussie cycling fans are among the luckiest in the world, as Down Under you can get a free La Vuelta live stream thanks to SBS and its  Viceland channel.

Don’t worry if you’re out of the country and want to catch that SBS broadcast – just grab a VPN and you can watch La Vuelta as if you were back at home on your laptop, mobile or other TV streaming device.

That really is all there is to it!