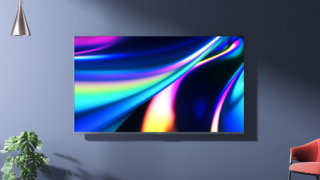 At the conclusion of the Redmi Note 10 series global launch earlier today, Xiaomi’s Global VP and India VP, Manu Kumar Jain shared a teaser of what’s coming next from the brand in 2021. The short video revealed the Redmi branded smart TVs will be soon launching in India.

The video at the end of the Redmi Note 10 series launch was pretty short with just 17 seconds duration. The video confirmed Redmi smart TVs in big size. Even Manu said in 2021, we are proud to introduce “something bigger” which hits the bigger screen size Redmi smart TVs launch in India soon.

For those who are not aware, Xiaomi has been selling Mi smart TVs in India for the past few years and is now the market leader as well thanks to the aggressive pricing and value for money proposition. The Redmi smart TVs have been a thing in China for a while now and it looks like the Redmi smart TVs are on the way to India.

Since Manu confirmed they will bring bigger TVs, the expectation is Xiaomi will launch the Redmi X series in India. The teaser also has “X” in it which might be a hint and “L” in the teaser is for large-sized Redmi TVs. Back in May 2020, Redmi announced new X series smart TVs in China.

This isn’t the first time we’re hearing about Redmi Smart TVs for India, as they were supposed to be in the pipeline earlier this year as well. We expect them to be unveiled in the coming weeks.

#RedmiNote10 #RedmiNote10ProMax #RedmiNote10Pro were indeed a leap forward in our Note Series line up, however did you guys notice the easter egg at the end of the launch event?🙂 pic.twitter.com/zW5UswFZ0gMarch 4, 2021

On the inside, they pack in 2GB RAM and 32GB of internal storage. There is also a far-field microphone as one will be able to control the TV via voice commands. Lastly, they come with 12.5W quad speakers and also support Dolby audio.

Want to know about the latest happenings in tech?