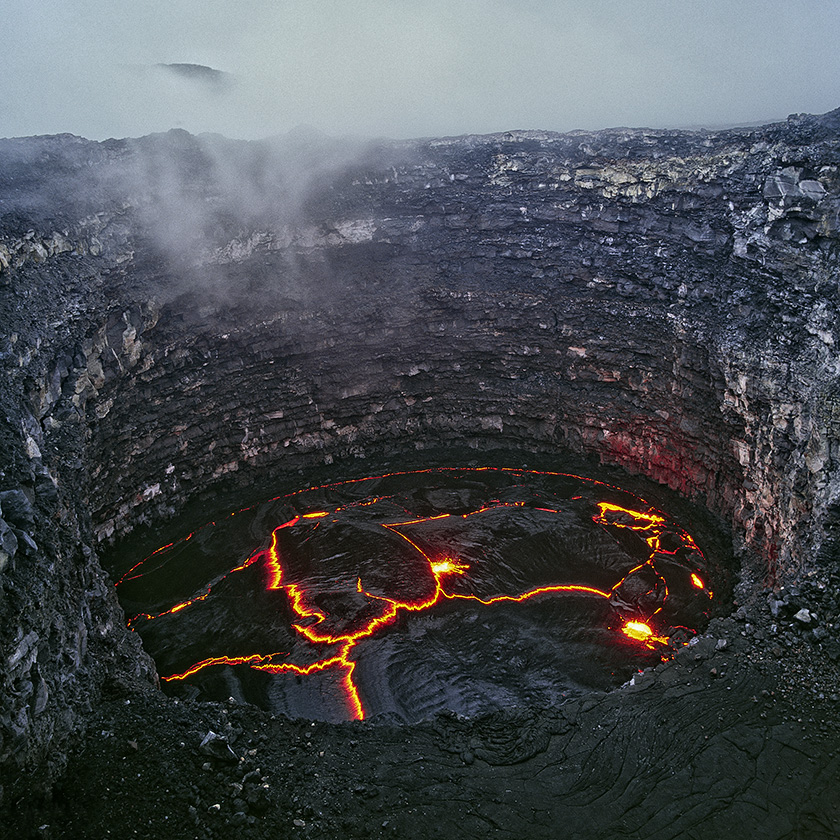 Satellite images have captured the result of a lake of lava collapsing on Hawaii’s Kilauea volcano, revealing an enormous new lake of water.

The new lake formed as a result of the caldera, a crater called Halema’uma’u, collapsing at Kilauea’s peak. Now that the crater has filled with water, it’s possible that it may lead to even more explosive eruptions on the Hawaiian volcano.

Kilauea is a wide, 4,091-foot-tall shield volcano that erupted from 1983 until 2018. From 2010 on, Halema’uma’u filled with lava, creating a lava lake (which is exactly what it sounds like). But 2018 marked a months-long wave of activity at Kilauea, setting off a destructive eruption expelling nearly a cubic kilometer of lava that flowed through inhabited areas and into the ocean. This event was Kilauea’s largest eruption in two centuries.

Alongside the eruption came the slow, dramatic collapse of Halema’uma’u’s floor, leaving a hole over 1,500 feet deep as the lava drained out. This changed landscape of the crater, which now appears to be much deeper and is flanked by a tall cliff.

But Halema’uma’u’s story didn’t end there. Water started to collect at the bottom of the crater a year later, and today, it’s a lake at least 100 feet deep taking up an area larger than five football fields, according to the NASA Earth Observatory press release. Basically, the crater has now dipped far below the water table, or the upper limit where groundwater saturates the earth. That water has now started to fill the open pit.

This new lake could spell bad news for future Kilauea eruptions. The volcano more typically erupts explosively. If water dissolves into the magma, it could cause the build up of steam, an increase in pressure, and perhaps a more dramatic and potentially dangerous release of lava.

Volcanologists will continue to study Kilauea in order to understand what its future eruptions might be like.