LinkedIn employees use forum about diversity to defend racism 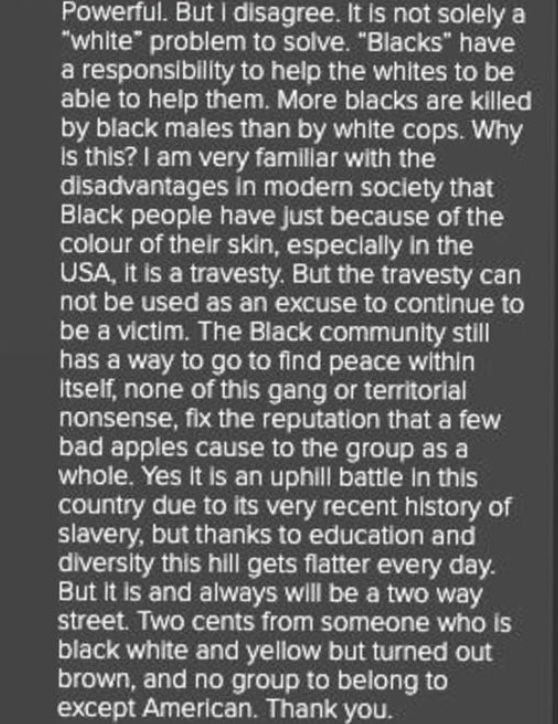 On Wednesday, LinkedIn hosted a town hall about racial justice in the wake of the police killing of George Floyd. The forum was supposed to be an opportunity for employees to come together and discuss how they could support one another. Instead, the conversation turned suddenly hostile, as people used the video chat’s anonymous commenting feature to defend racist sentiments and question the efficacy of the protests. The comments were first reported by The Daily Beast; The Verge has independently confirmed them.

“Blacks kill blacks at 50 times the rate that whites kill blacks,” wrote one employee. “Usually it is the result of gang violence in the inner city. Where is the outcry?” Another employee said, “As a non-minority, all this talk makes me feel like I am supposed to feel guilty of my skin color. I feel like I should let someone less qualified fill my position. Is that ok? It appears that I am a prisoner of my birth. This is not what Martin Luther King Jr would have wanted for anyone.”

The meeting, hosted on the videoconferencing platform BlueJeans, was called “Standing together.” It was meant to give LinkedIn’s global workforce the chance to discuss inclusion and allyship. Rosanna Durruthy, the company’s vice president of diversity, spoke with a panel of employees about their experiences with prejudice and discussed how their coworkers could be better allies.

This part of the forum went as planned — employees told The Verge they were moved by the panelists’ vulnerability and learned from the stories they’d shared. The chat function on BlueJeans, however, told a different story. There, employees submitted comments and questions, some of which were openly racist.

An employee from Fiji said, “It is not solely a ‘white’ problem to solve. ‘Blacks’ have a responsibility to help the whites be able to help them.” He went on, “More blacks are killed by black males than by white cops. Why is this? I am very familiar with the disadvantages of modern society that Black people have just because of the color of their skin, especially in the USA, it is a travesty. But the travesty can not be used as an excuse to continue to be a victim. The Black community still has a way to go to find peace within itself, none of this gang or territorial nonsense, fix the reputation that a few bad apples cause to the group as a whole.”

One employee who saw the note was stunned. “Everybody has had nonstop access to literature from the black community to better understand what they’ve gone through,” she said. “So to me his comments were not just ignorant, but an effort to not even try to understand. You are choosing to live under your rock.”

Some of the comments also seemed to undermine the actual conversation many employees were trying to have — one centered on the epidemic of police violence against black people. “I believe giving any racial group privileges over others is a zero sum game. Any thoughts on hurting others while giving privileges with the rose name called diversity?” one employee asked.

“It’s no surprise that there are racist people at a company that’s 48 percent white,” a current employee told The Verge. “But the point that was most troubling for me was that this was an event in response to the protests, co-sponsored by our black employee resource group. So for them to insert those comments here was so insensitive.”

The situation at LinkedIn comes at a time when tech companies across Silicon Valley are grappling with what it means to truly foster inclusive environments. While the CEOs of Amazon and Google publicly support the Black Lives Matter movement, critics have pointed out that their tools are often used by law enforcement.

On Thursday, CEO Ryan Roslansky sent out a note to staff addressing the “pain and frustration they felt at appalling comments shared in the Q&A.” He then shared the note publicly on LinkedIn. Roslansky acknowledged that allowing employees to share comments anonymously had been a mistake, and said the company would not allow this to happen again. He added, “we are not and will not be a company or platform where racism or hateful speech is allowed.”

The same day, a white employee followed up with the employee from Fiji — the one who’d spoken about this not being just a “white” problem — to discuss why the words had been harmful. He didn’t want the burden to fall on his black coworkers, and said the two had a productive conversation. He knew the comments had been difficult for many of his colleagues to read, but he still thought the forum had been worthwhile.

“It was a really challenging and sometimes uncomfortable meeting. But I think it was necessary,” he said. “The only way we could have improved it was to have control over the comments.”