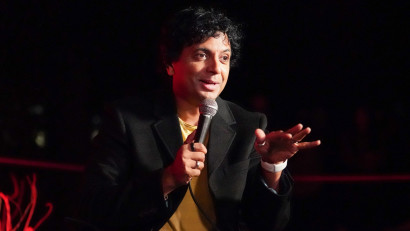 What shocking, unexpected terrors await the people in M. Night Shyamalan’s next film? I can’t say I know. But I do know who’s going to be depicting them.

As reported by Variety, M. Night Shyamalan has set the cast for his upcoming, as of yet untitled film for Universal Pictures. The film, which has no plot synopsis available because, well, surprise plots are kind of Shyamalan’s whole idea, will star an ensemble cast including Eliza Scanlen, Thomasin McKenzie, Aaron Pierre, Alex Wolff, and Vicky Krieps, if negotiations hold.

It’s a solid lineup. Krieps appeared in Paul Thomas Anderson’s Phantom Thread, Scanlen is known for playing opposite Amy Adams in Sharp Objects and for her role in Greta Gerwig’s Little Women adaptation; McKenzie was in Jojo Rabbit; Wolff was great in Hereditary; and Pierre was in Barry Jenkins’s The Underground Railroad limited series.

The upcoming film, which Shyamalan will independently finance, has no release date or firm production schedule. According to Variety, coronavirus notwithstanding, the crew hopes to begin shooting before the end of the year.