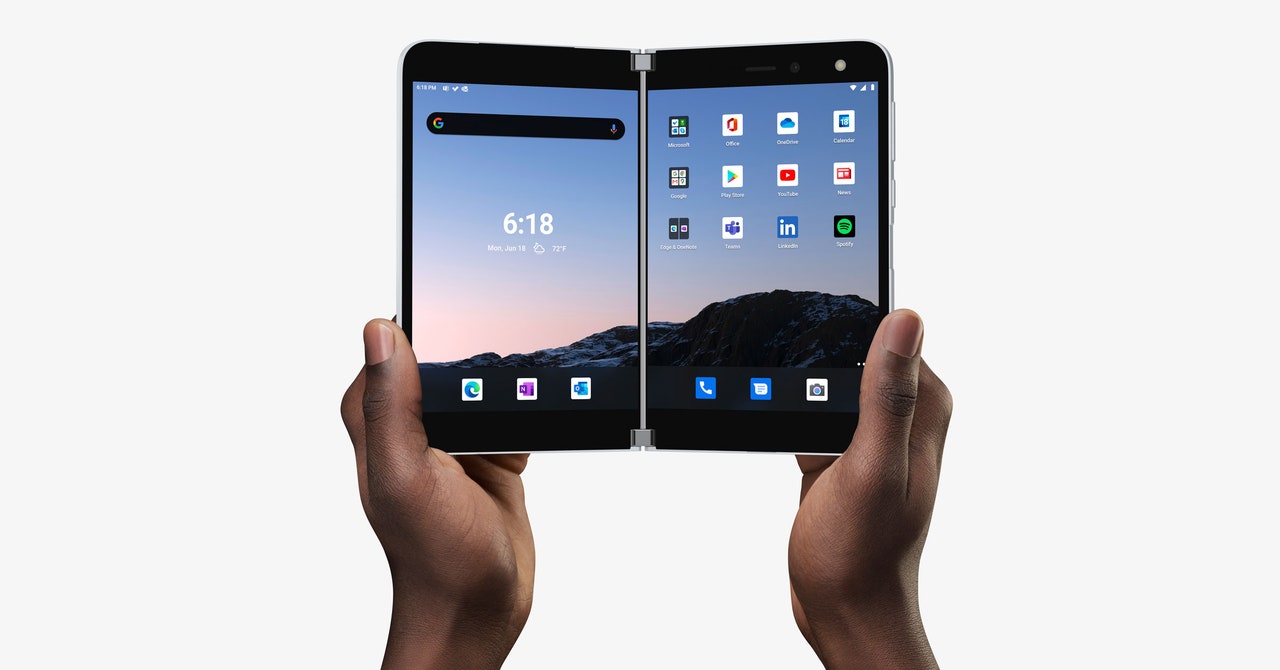 “The context of these kinds of devices has changed,” says Ben Arnold, consumer technology analyst at the NPD Group, which tracks US sales of electronics. “It’s not the one-handed emailer on the subway anymore. It’s the uber-productive work-from-home worker, and there are some different dimensions to that.”

“At the same time,” Arnold adds, “I look at my screen time, and my screen time has never been higher than the past four months. So maybe there are some synergies there that Microsoft can look into.”

Microsoft, of course, is aware of this. Which is why the company’s virtual briefing on Tuesday morning, which felt just the right amount of preproduced and off the cuff, included references to gaming, baking, and video streaming. Panay, showing off an instance where the Amazon Kindle app runs alongside Microsoft’s OneNote app, talked about how he reads to his daughter from the Duo.

Shilpa Ranganathan, corporate vice president for mobile and cross-device experiences, addressed the pandemic more directly: “One of the things that’s been really stressful for me during quarantine has been the ability to plan meals for my family,” she said. She then demonstrated how she simultaneously uses the Edge browser and Microsoft’s to-do app for meal planning.

“We’ve talked about this quite a bit. We still need our phones. We still need to be mobile,” Panay said. “We know how important it is to engage with your PC right now, but we know there are these transition moments. Being able to walk away from the PC for a little bit and get to my Duo has been critical in this time. Even if I’m going to hang out on the couch or sit outside, I need the real estate. I need the screens.”

Microsoft may very well be able to make the case that two screens are better than a single screen, especially when it comes to switching between apps. But the Duo’s starting price of $1,399 will also turn off many a potential buyer. Early pandemic concerns about supply chain disruptions in the tech industry eventually gave way to daunting concerns about consumer demand. Many millions of people in the US are unemployed, the pandemic is still raging, and, by the way, you can get a pretty good Android phone right now for around $400. At a thousand dollars more than that, the Duo is a tall order.