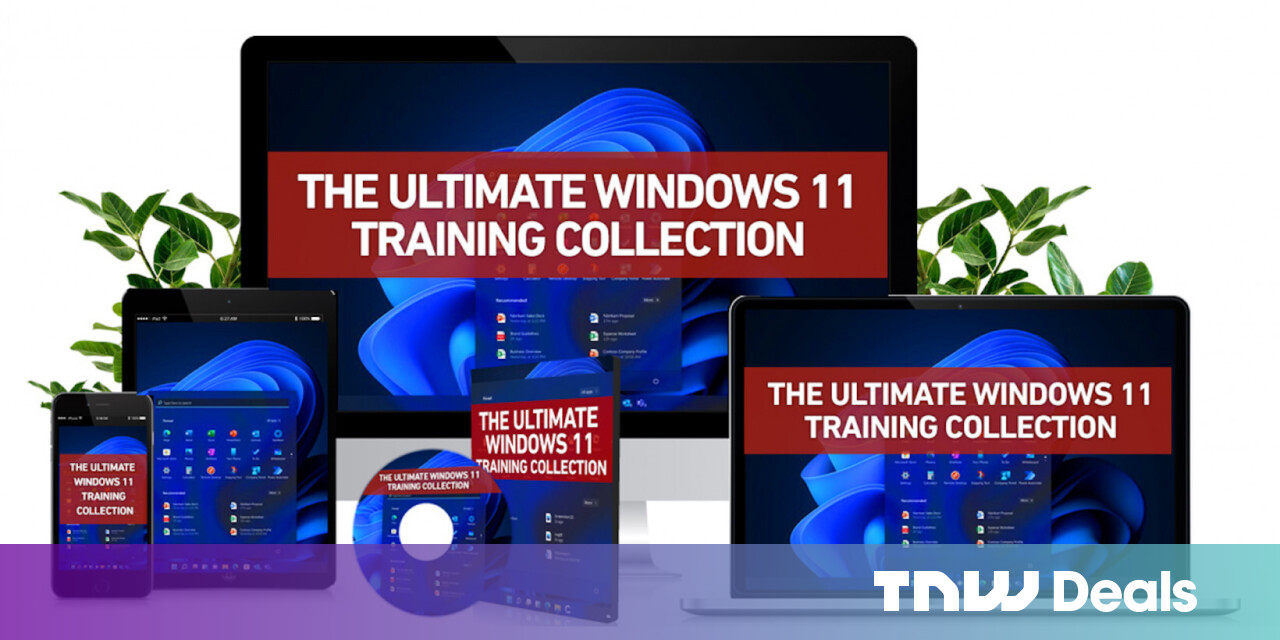 TLDR: With The Ultimate Windows 11 Training Video Course, new users get a complete crash course in everything that’s the same and different in Microsoft’s first OS update in six years.

You may not have realized it, but the landscape for your Windows PC shifted seismically earlier this month. For the first time in six years, Windows unleashed an update to its venerable operating system as Windows 11 rolled out across the web. While many older PCs aren’t supported by the requirements of the brightest, shiniest new Windows OS, many other newer devices have already made the switch.

That’s allowing users to start digging into new features like integrated Android apps, better virtual desktop and Teams support, improved tech for gamers, and an avalanche of other upgrades, some big, some small.

And as with any significantly redesigned piece of tech, it absolutely demands every user take it out on the road, put a few miles on the odometer, and really get a feel for how to drive in a Windows 11 world. With the training in The Ultimate Windows 11 Training Video Course ($14.99, over 90 percent off, from TNW Deals), all secrets are revealed, offering everyone from newbies to long-time techheads a look under the hood at everything the new Windows can actually do.

The package includes 65 lectures told over four hours of video content, offering a full understanding of Windows 11 from the ground up. That’s trickier than it sounds, because this modern, fresh, clean reimagining of Windows with an emphasis on simplified design offers a heightened user experience to empower productivity and inspire creativity, while still retaining the friendly features Windows users expect.

While many of those old favorites are still alive and well, others (beginning with the foundational Start Bar) have been reconfigured and updated — and this tutorial explains them all. For professional Windows devotees to home PC users, this training offers actionable insights and training for navigating all of Windows 11’s new adds.

The training is organized by the ardent Microsoft watchers from Windows 11 News, who definitely know their stuff in the Windows environment. From how to navigate Windows 11 settings to exploring the wide range of Windows 11 apps from old standbys like Edge and Calendar to outsiders like Netflix, this relatable and informative training will unlock all the mysteries feature by feature for getting the most out of the OS.

Priced at $199, The Ultimate Windows 11 Training Video Course is now available while you update your PC to the new OS at a total far below retail: just $14.99.

Prices are subject to change