Microtransit Gives City Agencies a Lift During the Pandemic 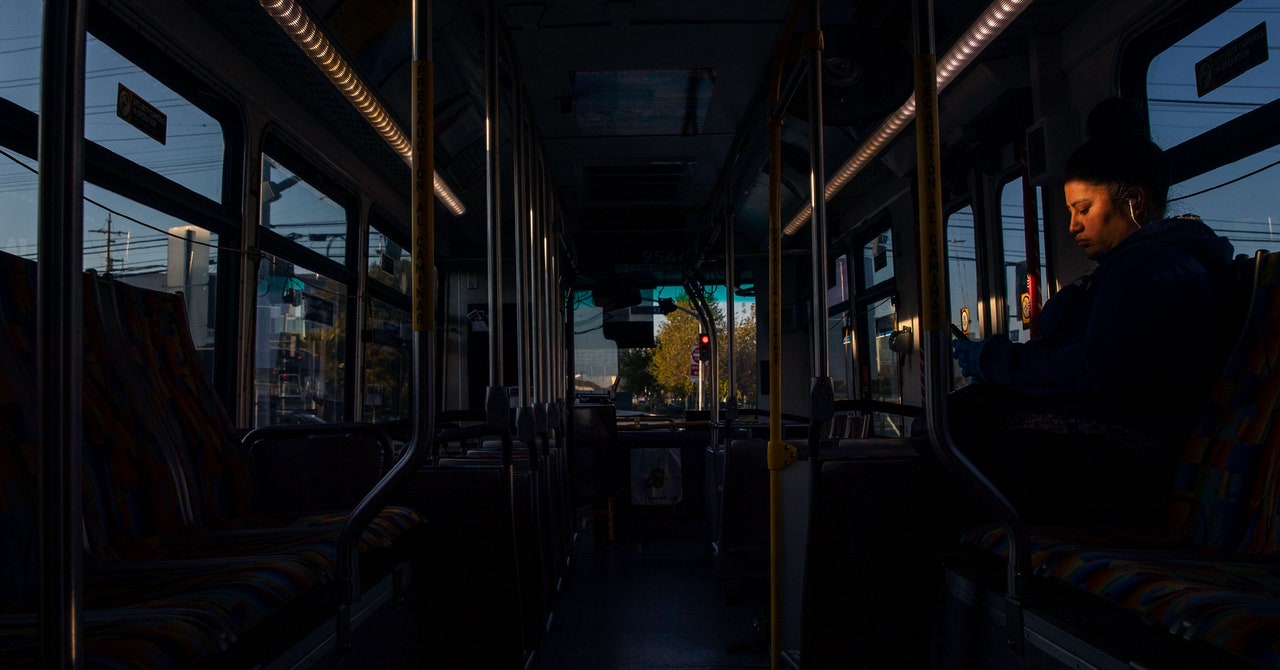 Some transit systems, for instance, are using low-tech approaches to curb the disease. TransLink in Vancouver, British Columbia, began drawing 6-foot marks at bus stops to show the recommended distance between passengers. Others are amping up cleaning schedules or giving masks to passengers. And digital modeling performed by Allen and colleagues suggests that the viral load in a car could be significantly reduced by cracking the window a few inches. But combining tactics, including regular hand-washing and universal mask usage, is more effective, he said.

“I think we’re going to have to get really clever as a society with solutions,” Allen added, and microtransit “fits right in there.”

Lockdowns and social distancing have been tricky for transit agencies, said Sharon Feigon, executive director of the Shared-Use Mobility Center, a public-interest nonprofit organization that advocates for reducing private vehicle use and offering more options, including escooters, bike-sharing, and microtransit.

On one hand, transit agencies provide a vital service, particularly during the pandemic. But on the other, in light of Covid-19, low ridership and increased safety methods are straining transit agency budgets. Many agencies have had to reduce subway and bus frequency, and microtransit could be used to fill in some of these service gaps, particularly at odd hours, Feigon said.

Microtransit companies also say cities can use it to provide affordable rides for people in communities that are already under-resourced. These demographics—including seniors, a population the disease hits particularly hard—have largely been stuck making trips on public transit, according to data from the Transit app, a journey-planning application based in Montreal that operates in more than 200 cities and regions worldwide.

Other tools to reduce the spread of the disease can be, or are, developed within the platforms themselves. Cities can set a rider maximum per trip—informing drivers not to pick up any more than that set number—functionally enforcing social distancing on the rides. LA set the rider limit at one, for instance, while Lincoln set its at two.

Microtransit companies are also looking to develop prescreening functionalities in their apps. Hypothetically, anytime a person hails a ride the app could ask them questions about potential symptoms and how much they have self-isolated. Via is looking at screening, along with other new ways it might adapt its platform during this crisis, said Zack Wasserman, the company’s chief strategy officer.

One of the more controversial functions some microtransit companies are considering in the wake of Covid-19 is contact tracing. Broadly, the method makes use of the near-ubiquity of smartphones. Users who fall ill report it through an app on their phone, which in turn notifies anyone they had been in close contact with of the risk. But critics worry about giving governments that amount of information about its citizens.

Many countries around the world are working on contact-tracing applications. China, an early adopter, has used contract tracing since February. In March, Singapore’s government released an app that uses Bluetooth transmitters in people’s phones and made the source code openly available. Australia launched its own app in April, using the code. Also in April, Apple and Google announced their own proposed Bluetooth approach, in which phones would log whenever two or more people are close enough together for a long enough period of time to contract the disease. This proximity information is stored on users’ phones and is used to notify people who have potentially been exposed.

Apps like these could be incorporated into a microtransit system. Spare and Via are still in early talks with cities about doing so and in the early stages of creating the functionality. To help protect users’ privacy, Spare and Via anonymize and encrypt user data. According to Mayaud, on Spare, contact tracing would be optional for both cities and users.