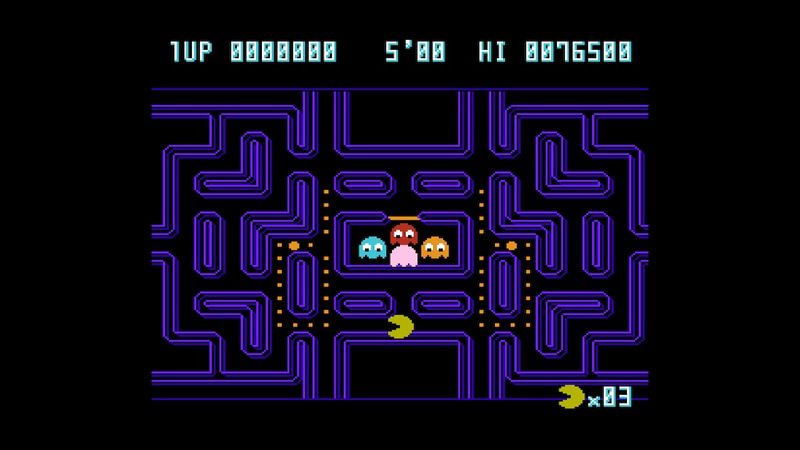 Namco has a new range of Famicom (NES) games coming out for the Nintendo Switch this month, and it includes an unexpected bonus: a NES demake of Pac-Man Championship Edition, the incredibly good reimagining of Pac-Man released for the Xbox 360 in 2007.

Pac-Man CE transformed Pac-Man from a plodding stage-based game into a fast-paced time attack where every round lasts five minutes and you’re racing to get the highest score possible. It was designed for widescreen TVs and featured pulsating neon HD graphics, but it would have been perfectly playable on older hardware — its advancement was entirely in smart game design. An NES version, then, should work out pretty well.

“What we wanted to do was to make an HD game based on the core fundamentals of what Pac-Man is and why it succeeds,” director Tadashi Iguchi told Gamasutra in 2008. “After looking at that, we realized that really, the only things we should be changing are the game tempo and the map design.”

As such, Pac-Man CE ramps up in speed far more quickly than the original, with pellet patterns guiding you through the shifting map layouts as the iconic ghosts lay chase. It’s a masterwork of simplicity, and even its own sequels never quite recaptured the magic.

Namcot Collection will be released in packaged form with the full range of titles, but it’ll also be available through a free portal app on the Switch eShop, with each game individually purchasable as DLC. Buy ten or more of them and you’ll be able to download Pac-Mac CE for free, Game Watch reports. It’s not clear how much each title will cost, but the packaged version is priced at 2,640 yen (about $25).

Namcot Collection will be released on June 18th in Japan. It features standard retro collection features like save states and various screen display settings. No Western release has been announced, but the Switch is region-free and the collection supports English, so it shouldn’t be too hard to play one way or another.