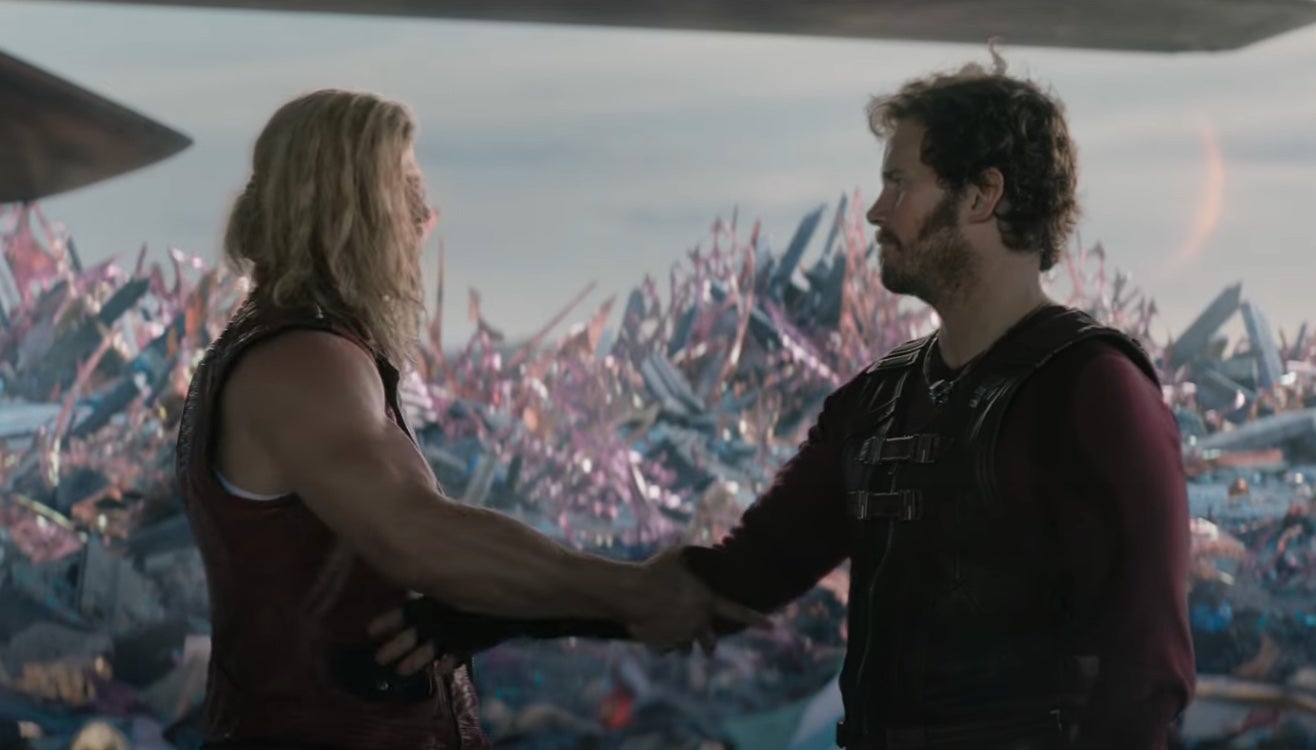 You might remember in Ragnarok, Thor puts together “The Revengers,” a team he hopes can band together to defeat his sister, Hela. It was Thor, Hulk, Valkyrie, and Loki, with Korg and his friends joining up soon after. Well, in Love and Thunder, we now know that he’s building a new team. Korg and Valkyrie remain but now there’s also Jane Foster as the Mighty Thor, the Guardians of the Galaxy, and some mythical goats.

Knowing Waititi though, you get the sense this is a bit of a fake-out. Would he really go back and do the same type of thing two times in a row? Thor might, which is probably the driving force here, but Waititi will almost certainly subvert it in some way. We’re anxious to find out if we’re right.

This clip also makes us wonder just how much are the Guardians of the Galaxy in this film? They’re at the beginning, we’re guessing, because that’s the last time we saw Thor, but do they come back for the final act to face Gorr? Seems plausible. In fact, and I’m just riffing here, but one would guess if Thor: Love and Thunder has any credit scenes, the journey of the Guardians is likely to be a focus. Maybe even a Gamora or Adam Warlock tease?

Oh, and yes, that is a badass Jean Claude Van-Damme homage there with Thor doing the splits. It fits in perfectly with the bright, ‘80s vibe Thor: Love and Thunder is going for. It’s out July 8.