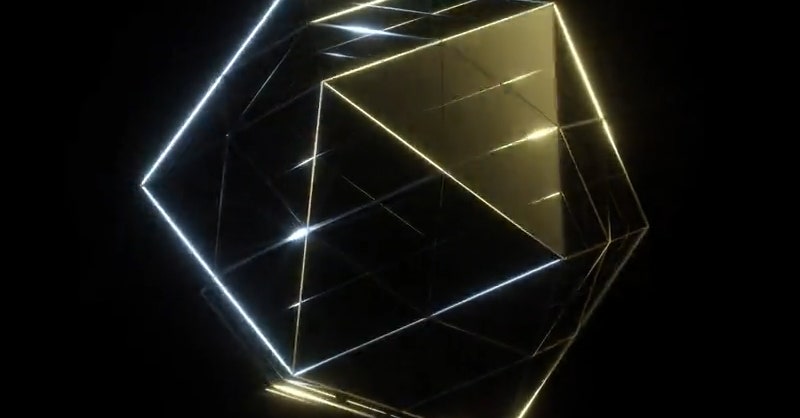 For digital artists, the attraction of blockchain is a new model of ownership. Crypto art is no more secure from copycats than anything else posted on the internet; a person could easily record a video or screenshot an image and proudly display the replica on their desktop. But with an NFT, the owner buys a verified token providing digital evidence that the art is theirs—a bit like an artist’s signature. The idea is to offer some semblance of the authenticity that is naturally bestowed on physical art. After all, most people would say that a perfect copy of a Mondrian abstract painted on your garage door is not the same as the one created by the artist. Why couldn’t the same be true for a .CAS file? A bonus of the model is that ownership can be extended to resales of that token, allowing artists to continue receiving a cut.

“We have to change our existing habits. So how can we build new platforms that are unsustainable?”

The trade-off is that this model consumes lots of energy. The major marketplaces for NFT art, which include MakersPlace, Nifty Gateway, and SuperRare, conduct their sales through Ethereum, which maintains a secure record of cryptocurrency and NFT transactions through a process called mining. The system is similar to the one that verifies Bitcoin, involving a network of computers that use advanced cryptography to decide whether transactions are valid—and in doing so uses energy on the scale of a small country.

How exactly that energy use translates to carbon emissions is a hotly contested subject. Some estimates suggest as much as 70 percent of mining operations may be powered by clean sources. But that number fluctuates seasonally, and in a global energy grid that mostly runs on fossil fuels, critics say energy use is energy use. Some mining hotspots popular because of cheap hydropower, such as Missoula, Montana, have banned new operations over concerns that even “clean” mining would push neighboring energy users to dirtier energy sources. Ethereum’s developers have planned a shift to a less carbon-intensive form of security, called proof-of-stake, via a blueprint called Ethereum 2.0. But this has been in the works for years, and there is no clear deadline for the switch.

“If you look at how much energy we are going to spend in the meantime, it’s ridiculous,” says Fanny Lakoubay, a crypto art collector and adviser. Ethereum became the platform of choice for digital art sales because it was designed to handle digital transactions that go beyond cryptocurrency, using a system called smart contracts. And as the second-largest blockchain platform after Bitcoin, it was known to be fairly reliable, with an established community of developers. There are alternative blockchains, some of them already using proof-of-stake, but they are perceived as less established—and perhaps less permanent, Lakoubay explains. That makes them less appealing to art buyers who want their claims to very expensive things etched in digital stone.

Until recently, the NFT art world hadn’t given energy use that much thought, Lakoubay says, because the community of artists and collectors was tiny. Digital art sales weren’t driving the computers that ran Ethereum; that was due to other things, like cryptocurrency speculation. Lakoubay has been happy to see the recent growing interest in crypto art. But it was also a little bit scary. “I’ve been advising collectors to not be too crazy right now,” she says. “It’s definitely not the art market that’s driving the prices.”

Adding up the Energy Use

Lemercier knew that energy was involved in anything blockchain, but he was unsure of the impact of issuing a set of artworks and struggled to find information. Surely, he reasoned, a handful of transactions wouldn’t amount to much, especially compared with his usual process of creating and shipping physical objects. And the possibilities were tantalizing. He liked the new model of ownership, which seemed to have fewer barriers to up-and-coming artists than the traditional art market. So Lemercier struck a compromise: heating was by far the biggest energy cost in his studio, so he would invest a portion of his crypto proceeds in better insulation.