Nikon Z5: everything we know so far about the full-frame mirrorless camera 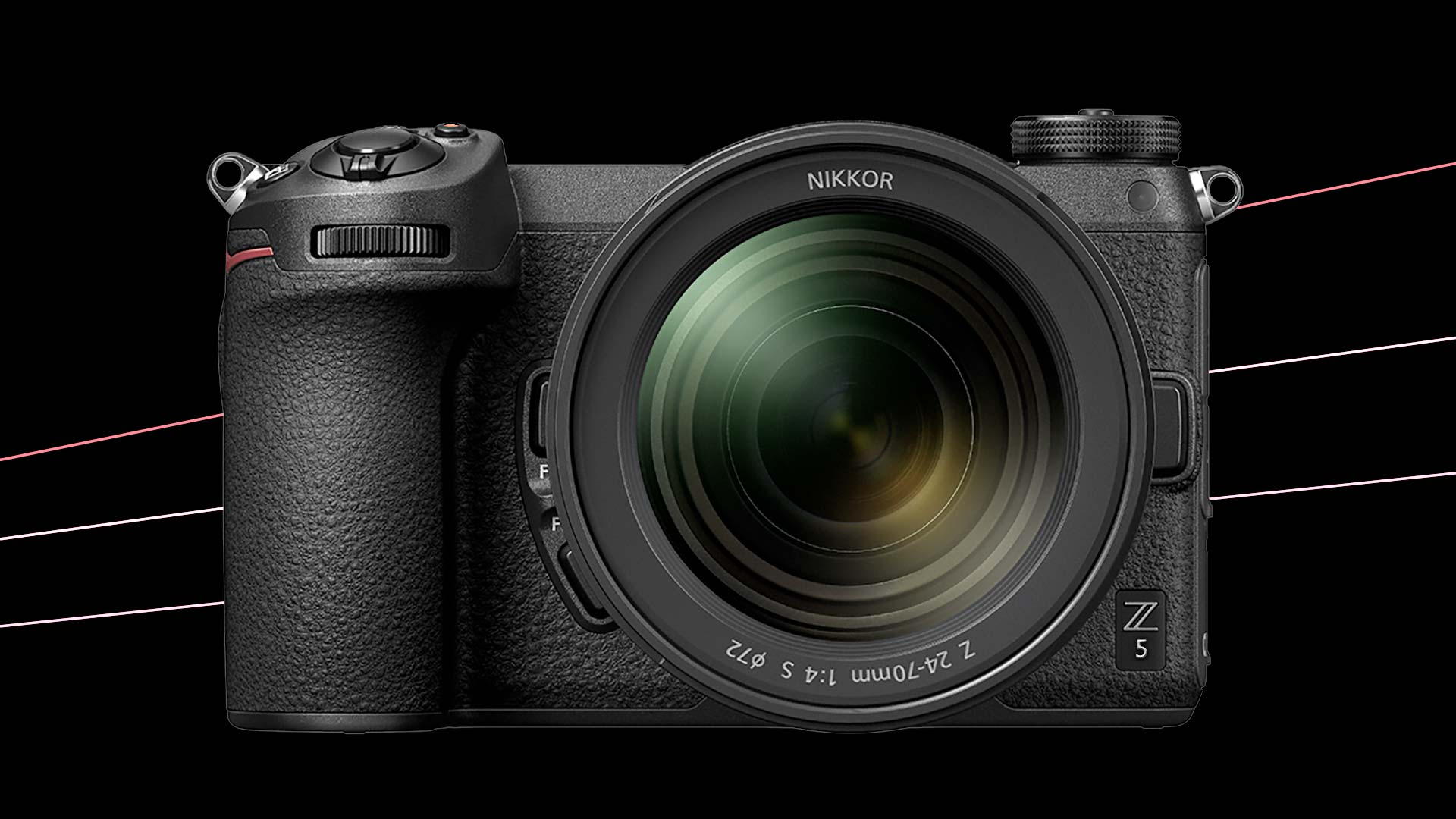 Nikon has had a relatively quiet year so far, but the latest rumors suggest its next launch could be a full-frame mirrorless camera called the Nikon Z5.

Why might it be called the Nikon Z5? Because it’s expected to sit below the Nikon Z6, in both features and price. Considering the latter is currently top of our best cameras list, this could make it potentially very popular indeed.

We’ve wanted to see a Nikon Z5 for some time now. And while Nikon has not announced it yet, the Z5 does seem to be on its way, according to the latest speculation.

This is the camera you might buy instead of a Canon EOS RP or an older-generation Sony Alpha A7 or Sony A7R.

Specific news about the Nikon Z5 is scant, but we expect to see it announced before the end of 2020. Here are all the latest rumors, along with what we think (and hope) it will offer.

Nikon Rumors wrote in early June 2020 the Nikon Z5 may arrive in the next three months, suggesting it will be announced before or during September.

It is a sensible enough timeframe, but even this rumor is little more than a “guess” by Nikon Rumors. The Nikon Z5 is expected to launch alongside the Z30, a mirrorless APS-C camera. Their existence was close to confirmed when two new Nikon cameras were registered with a Russian certification body, spotted by reliable camera leaker Nokishita.

And the price? The name alone tells us what we need to know. Nikon’s Z5 is highly likely to be cheaper than the Nikon Z6, which still tops our list of the best cameras you can buy right now.

But how might Nikon simplify its best full-frame mirrorless camera to keep the price down?

There is only one consistent rumor so far about the Nikon Z5’s specs, but it is a big one. Many believe Nikon will leave an EVF off the Nikon Z5, to make it smaller and cheaper.

This would be a bold move. Almost all full-frame cameras have electronic viewfinders, including the Canon EOS RP, the most obvious lower-cost pick until you start digging into previous-generation Sony Alpha bodies.

The Sigma FP (below) took this route. It’s the smallest full-frame camera you can buy, but has serious drawbacks for stills shooters. The Nikon Z5 won’t have a focus as niche as the Sigma FP – and you will, probably, be able to buy a separate EVF and attach it to the hotshoe.

At some point those who claim a camera is not complete without a viewfinder will sound like out-of-touch oldies rambling about relics from the past that were never that good in the first place. But are we there yet? Probably not. Rear camera screens are not even close to those used in the top phones. It’s not image quality fundamentals like contrast and color that matter most either, but brightness.

Give us a rear camera display with 1000-nit brightness and an auto mode that reacts in a second and we can talk more seriously about downgrading the importance of an EVF.

Some have suggested the Nikon Z5 may also have a fixed rear LCD, but this seems a bad idea if the EVF is to be optional. The Nikon Z6 has a 2.1 million-dot screen, which simmers down to 960 x 540 pixels because the screen uses an RGBW sub pixel matrix.

Ideally, the Nikon Z6 should keep this display spec and tilt, particularly when the extra white sub pixel in an RGBW screen is used to boost brightness. However, we may see a drop down to something similar to the 1.04-million LCD used in the Nikon Z50. That is a 720 x 480 pixel RGB LCD.

Higher-end screen or lower-end screen, the Nikon Z5 will almost certainly be an Z mount camera with a full-frame sensor. But what sensor will that be?

The best way to guess an upcoming mirrorless or DSLR sensor is to look at what a recent camera from the other side uses. Nikon’s most relevant recent DSLR is the Nikon D780, which is comparable with the Nikon Z6 and uses a similar 24.5MP sensor.

Could the Nikon Z5 use this same sensor? This does not seem far-fetched when the Nikon Z6 is itself not an insanely expensive camera, and rival Fujifilm lets cameras of quite different prices use the same sensors.

Such a sensor would be a great win for Nikon, as it would give the Z5 better dynamic range at base ISO than the Canon EOS RP. This alone would likely persuade many buyers to choose the Nikon.

It would also mean the Nikon Z5 is likely to have the same 273-point on-sensor phase detection focusing system as the Nikon Z6 and D780. We’d take that.

At this point the Nikon Z5 may seem uncomfortably close to its more expensive sibling. However, there are other parts Nikon may cut out.

IBIS, or in-body image stabilization, could potentially be removed. We’d miss it, but the Canon EOS RP does not have IBIS either. This would also let Nikon trim down the body, to make it seem even more viable as a ‘casual’ full-frame camera.

There’s an issue here, though, one that suggests Nikon will actually keep IBIS in the Z5. All the Z-series lenses lack their own stabilization, as the system was made with IBIS in mind. To get rid of it is too clear a compromise, and would make the Nikon Z5 far less useful for travel and holiday photography.

Other potential cuts would be less onerous. The Nikon Z5 could lose the Z6’s secondary top plate display, and use a control layout closer to the APS-C Nikon Z50.

Trimming down the effectiveness of the Nikon Z5’s weather sealing is another potential cut. The Nikon Z6 and Z7 have some of the best rain-readiness around, and the Z5 could have ruggedization, again, closer to the Nikon Z50’s. This does not mean it will not have a magnesium skeleton. It probably will. But less attention to detail may be employed in all the gaskets/seals, which should also shave a few millimeters off the body.

If we take our Nikon Z5 assumptions so far to be true, that its main changes will be to outer elements like build, the EVF and perhaps the rear display, it should be just as good for video as the Z6. And that also means it would beat the Canon EOS RP.

The Canon has a severe field of view crop when shooting 4K. And there’s further cropping if you want to use software stabilization. It can also only use contrast detection autofocus at 4K, which can be slow. If the Nikon Z5 is like the Z6, there should be no mandatory 4K cropping and we should get phase detection AF when shooting 4K. This would be an easy win, and would potentially make the Z5 the best full-frame camera for video at its price.

We also see little reason why Nikon would not offer the paid ProRes RAW software update available to the Z6 and Z7.

The Nikon Z5 may well turn out to be a hard-to-beat hybrid stills and video camera for those who don’t care too much about a traditional style of shooting. Of course, the Panasonic GH5 and upcoming Panasonic GH6 would still have an edge with 4K/60p capture, even if they won’t touch a full-frame camera for image quality in low light.

Would Nikon really leave the viewfinder out of a Nikon Z5? This may be less odd than it sounds. It would let Nikon lower the price significantly without making huge concessions elsewhere.

And we’d bet you will be able to buy an EVF add-on, perhaps one that doesn’t look too dissimilar to the Nikon Z6’s when slotted into the hotshoe.

This means we’d end up with a camera that should beat the Canon EOS RP for 4K video capture and base ISO dynamic range, at a lower cost than the Sony A7 III.

An add-on EVF is likely to be prohibitively expensive for the crowd looking to get as much camera for as little money as possible. But the Nikon Z5 could offer the best results per dollar that you can get from a 2020 camera designed for LCD screen shooters.

We’ll update this page as soon as we hear any official info about this potentially exciting full-frame camera.