No One Wants a Swivel Phone in 2020, but Apparently, That Won’t Stop LG from Trying 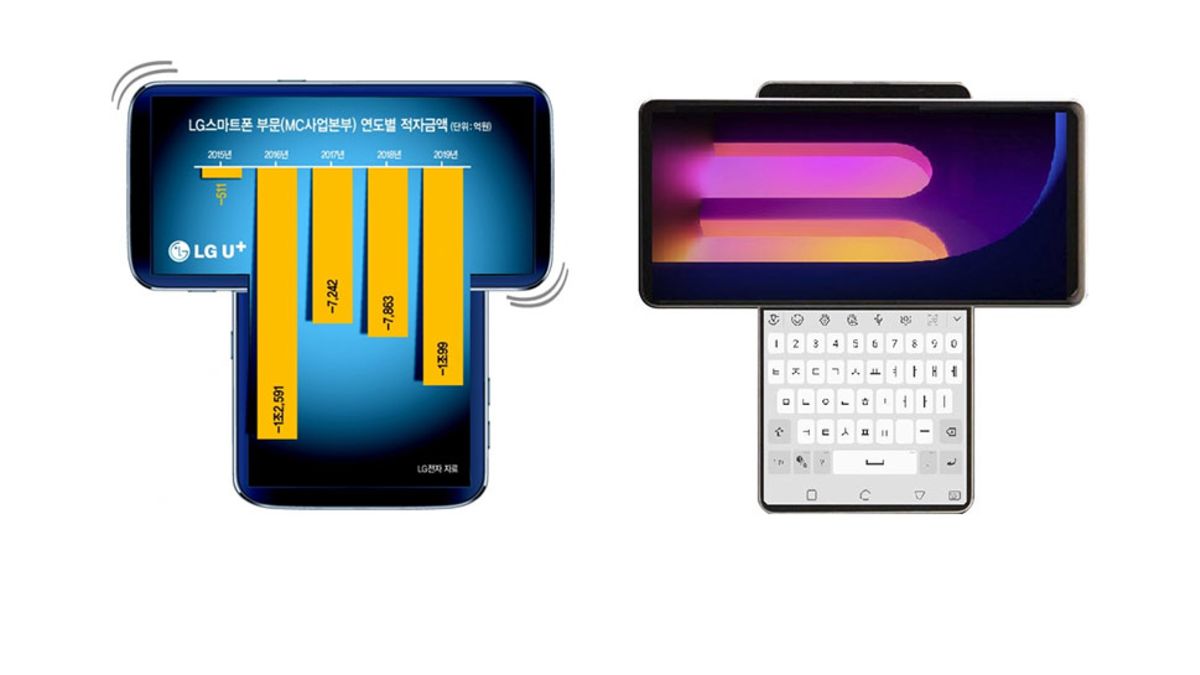 While Samsung has already released a pair of foldable phones, its biggest rival, LG, still hasn’t thrown its hat in the game. However, instead of exploring foldable tech, based on a new report, it seems LG may be taking some cues from the past for its next wacky handset.

According to a new report from the Korea Herald, LG is working on a new phone with dual screens that swivel out into a T-shape, evoking phones from the early 2000s like the LG LU1400 and LG LB15000. That main screen is reported to be a large 6.8-inch device, while the bottom screen will be a half-size 4-inch display with a square 1:1 aspect ratio.

15 years ago, LG’s swivel phones were designated as digital multimedia broadcast phones or DMBs capable of receiving TV signals over the air, with the vertical part of the phone used to hold and control the device while the top was reserved for media.

The Korean Herald says LG’s new phone—which goes by the codename “Wing” according to ET News—is due out sometime later this year for around one million won (around $820) and will serve as a sort of stop-gap before LG launches new rollable handsets sometime in the first half of 2021.

Wing is also said to be a 5G phone sporting a 7-series Snapdragon chip from Qualcomm and a triple rear camera setup with a 64-MP main cam.

Similar to past swiveling phones, Wing is designed to enhance multitasking and content consumption, with the two screens possibly making it easier to do things like live tweet during shows or make it easier to film selfie videos in landscape orientation while still making the phone easy to hold.

And while I appreciate the nod to LG’s earlier phones, I can’t help but wonder why Wing even needs to exist. Don’t get me wrong, swiveling phones are cool (remember the Sidekick?), I just don’t know why the Wing needs to exist. From a design standpoint, it’s really unclear what advantages a swiveling dual-screen design might offer over a more traditional dual-screen phone like the LG V60, while the smaller 1:1 4-inch screen will require extra work from software devs and app makers in order to create custom interfaces for the Wing’s displays.

The darker reality may be that with its mobile division having lost money for 20 consecutive quarters, LG is simply trying to come up with anything that can help the company break out of its decline. And while that might result in some fun and weird looking phones, I’m not sure it will help improve LG’s bottom line.

That said, I’d still love to try out what looks like a modern take on a swiveling phone. But I just might be the only one.

This data is not shared with third parties. Women. Displaying listings from all locations.