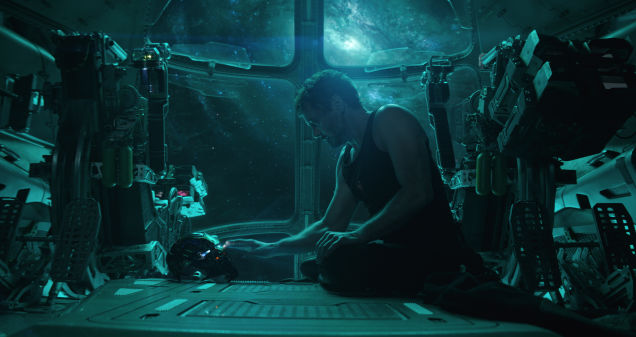 Let the record show that there aren’t really all that many demonstrable differences between sports nerds and genre nerds, two groups of people who obsess over and become overly emotionally involved in the minutiae of larger than life, titan-like people.

On April 26, 2019, NFL running back LeSean McCoy (who’s currently a free agent) made the sort of grave mistake that sets off alarms at Marvel Studio headquarters and, depending on what kind of celebrity you are, warrants a stern talking-to from Kevin Feige. After seeing Avengers: Endgame at a screening ahead of the movie’s wider release, McCoy left the theater with his son and pulled out his phone to tweet about one of the most dramatic moments in the movie: when Tony Stark dies following Thanos’ defeat.

To McCoy, who likes the films, but is far from a stan, the spoiler wasn’t all that big a deal, but to the masses of Twitter users for whom Endgame was set to be a religious experience, what the footballer did was damn near unforgivable.

In a recent interview with Good Morning Football, McCoy stated that had he known just how seriously Marvel fans took these movies, he wouldn’t have sent the tweet. “I didn’t know that people really got into them cartoons like that,” he said quite matter of factly. To be fair, people do get into them cartoons like that. In McCoy’s defense, though, it’s extra to the point of being exhausting.

In a separate conversation not tied to Endgame or McCoy, Lucasfilm Story Group creative executive Matt Martin recently made a very important point while discussing the difficulties the Star Wars fandom has had with the way that the franchise’s central canon has shifted over the years. Much as fans may feel compelled to cling to a single unified canon, the fact that Disney’s done away with a significant chunk of what was established in the old Star Wars books makes that somewhat difficult. But that shouldn’t be a problem, according to Martin, for one very specific reason: “It’s all fake anyway so you can choose to accept whatever you want as part of the story.”

Much as diehard fans who shed tears for their favorite fallen superheroes might not like to believe it, comic book characters, Jedi, Sith—they’re all made up. They don’t exist. The stories about them we love so much are quite real, as are the emotions that people attach to them, but it’s beyond ridiculous when someone acts as if being spoiled about something has mortally wounded them.

Thousands of people saw McCoy’s Stark tweet, sure, and it’d be safe to bet that a significant chunk of those same people spent months ahead of Endgame’s release reading rumors about which Avengers might bite the bullet before the end of the film. The idea that Tony Stark was going to die was far from off the table, and one could argue that his death was rather expected given that the film closed out a major chapter of the MCU.

The important thing to bear in mind, though, is that even with the spoiler out there, the world kept spinning, and we’d all do well to remember this the next time some big secret manages to make its way out into the public before studios want us all to know about it.