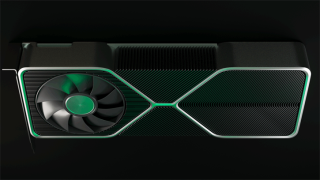 New benchmarks have appeared online that apparently show how much more powerful the Nvidia GeForce RTX 3080 will be compared the the RTX 2080 Ti – Nvidia’s current flagship GPU.

The benchmark results were leaked by the HardwareLeaks website, which apparently show an unidentified Nvidia GPU posting some very impressive results.

The results reference an ‘Unknown Nvidia Ampere GPU’, and we’re still not sure what Nvidia will call it’s upcoming next-gen graphics cards, though many people believe they’ll use the RTX 3000 naming convention (the current series is RTX 2000).

The results (which we’ll get to in a moment) suggest a flagship GPU, so these are likely to be from an RTX 3080, RTX 3080 Ti or RTX 3000 Titan. Some rumors have even suggested the existence of an RTX 3090, but we have our doubts that such a GPU exists.

According to the leaked benchmarks, which are of the popular 3D Mark Time Spy tests, an unknown GPU from Nvidia scores an impressive 18,257. That’s a huge 30.98% leap over the RTX 2080 Ti, which is currently Nvidia’s most powerful mainstream gaming graphics card.

Not only that, the results are 22.14% better than a stock Nvidia Titan RTX, currently Nvidia’s most powerful consumer GPU (which is mainly aimed at creatives due to its high price tag – and it’s also the GPU we use to test games at 8K).

In fact, the only graphics card it doesn’t beat is a hugely-overclocked EVGA RTX 2080 Ti XC.

If these results are real – and HardwareLeaks claims that the website was “able to 100% verify that this test was done by an Nvidia employee” – then PC gamers should start getting very excited about the upcoming RTX 3000 series launch.

Which GPU is it?

Wccftech has done some interesting maths to try to ascertain which GPU this could be, and thinks it’s most likely to be the RTX 3080.

We’re inclined to agree. While a 30% improvement is certainly impressive, we’re expecting an even bigger gap with the higher end GA102 GPUs (which will likely be very expensive).

Hopefully we won’t have much longer to find out what Nvidia’s next-gen GPU plans are.