Old Drugs Could Reveal a New Way to Attack the Coronavirus 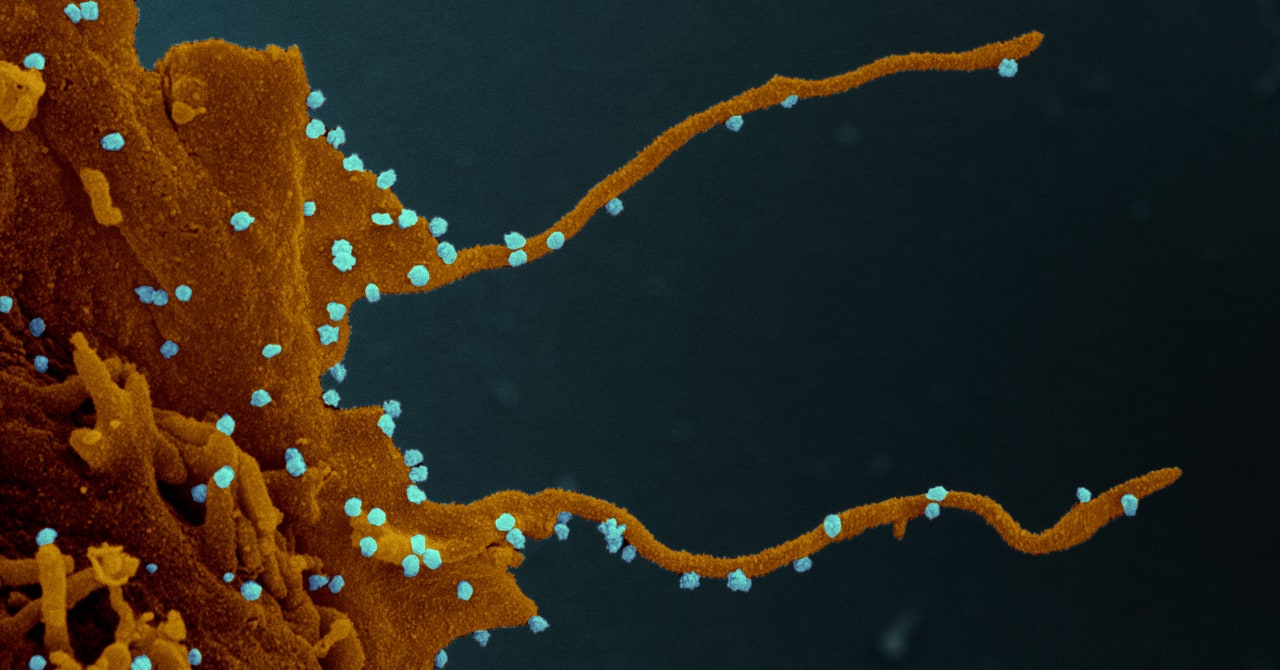 “It’s a lot more critical to identify where that drug is working, because ultimately you don’t want to go blindly into a human trial or even an animal experiment,” says Jason Kindrachuk, a microbiologist at the University of Alberta who isn’t involved in the research. The approach is by no means a guarantee, but it’s a good way to generate leads that researchers can study more deeply. “All of this information is amazingly useful,” he says.

The new UCSF-led research takes a slightly different approach. This time, they measured changes in an activity called phosphorylation, which plays a role in flicking cellular processes on and off: everything from how the cell grows and divides and dies to, yes, how it develops filopodia. The activity is managed by a type of protein called kinases. The researchers infected cells from African green monkeys, known for their high susceptibility to SARS-CoV-2, and, using mass spectronomy, looked at how phosphorylation changed over time. They then mapped the activity to analogous kinases in human cells, finding substantial changes in 49 of them.

Some of the affected pathways seemed intuitive, inhibiting cell processes like division and apoptosis, or cell death. “It’s a cool snapshot,” says Julia Schaletzky, a drug discovery researcher at UC Berkeley who wasn’t involved in the study. “The virus just wants to make sure the cell starts working for you, the virus, ASAP. It drops everything except for making more particles.”

The next task was to find drugs that block the misbehaving kinases. “What’s so great is there are so many different drugs that work against them,” Krogan says. Many of the team’s candidates were cancer drugs, designed to quell cellular processes gone haywire. To source them, Krogan turned to a colleague at UCSF, chemist Brian Shoichet. “You go in his freezer and you can find an inhibitor for any kinase. And if he doesn’t have it, he knows how to get it,” he says.

Collaborators in Paris and New York then tested 68 compounds known to inhibit the kinases, searching for those that could eliminate the virus at a dose that didn’t also kill the monkey cells. In that respect, most didn’t pass muster. But six or seven of the compounds, Krogan says, were particularly promising, including a handful that were “more potent than remdesivir,” which they used as a control.

Among them was a compound called silmitasertib, which inhibits a kinase called CK2, and is being tested as a cancer drug. The researchers had already identified it in their prior Nature study based on protein interactions. And in the course of that research, they also noted interesting structures emanating from the infected cells. They turned to yet more collaborators—this time at the University of Freiburg in Germany and at Rocky Mountain Labs in Montana—to image the infected cells in greater detail using electron microscopes. That’s when they found those unusually spindly filopodia, along with clusters of both the virus and CK2.

“It’s exciting but preliminary,” says Jenny Gallop, a biochemist at the University of Cambridge who studies filopodia. With her own lab temporarily shuttered due to the pandemic, she’d been scouring the internet for signs that filopodia might play a role in SARS-CoV-2. She had reason to suspect they might. Viruses, including Marburg and Ebola, have been found to hijack filopodia, forcing them to grow longer, branch, and ferry virus particles into their neighbors. The mechanism is especially well-studied in another virus called vaccinia, she notes, where research has suggested it plays a role in “superspreading” the virus from one cell to others.

The difficulty, Gallop says, is that imaging tiny filopodia is an arduous process. The level of detail the researchers managed in a short time is no small feat, but more experimentation and imagining is needed to confirm whether the researchers have identified the right mechanism. CK2 is an important kinase that plays a role in many cell processes, she notes; plus, other kinases have roles in filopodia development. A next logical step for firming up the link would be to see if silmitasertib, as a CK2 inhibitor, actually limits the growth of filopodia in infected cells.