One IT Guy’s Spreadsheet-Fueled Race to Restore Voting Rights 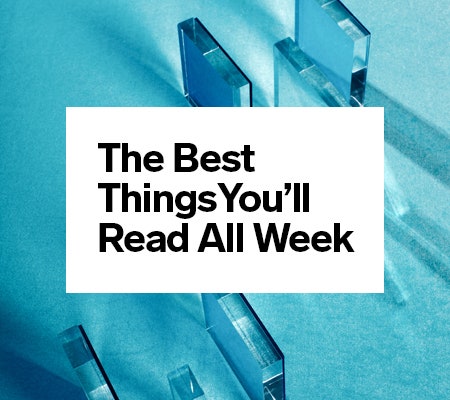 This idea of relying on people who know each other to get out the vote, Green says, is really a return to “old political organizing tactics.” One person contacts 10 others, who each contact 10 more. These are the kinds of tactics that have been used since Rathke first got into organizing, back when Richard Nixon was president—updated for the smart phone.

Megan Gall, the national data director for All Voting Is Local, also reached out to Tingley-Hock; he is sending her lists of people pushed off the rolls weekly or monthly in Ohio, Georgia, and Florida. Gall’s group then contacts those people to get them reregistered.

Gall’s colleagues have been testing the efficacy of different messages delivered by text. “The two most powerful messages,” she said, “have been a generic voting rights message, like, ‘Hey, voting is your right, it is safe, it is secret, you should go do it.’ The other one is a little bit of social pressure.” Telling a voter that their neighbor is registered turns out to be a major motivator. The power of the relational contact again.

Curiously, an outraged text message—“They’re stealing your right to vote!”—does not work as well. It gets people enraged enough to click on the All Voting Is Local site. “But then,” Gall told me, “when we followed up and said, ‘How likely are you to register to vote?’ that messaging actually suppressed people’s interest.” So far the organization has texted more than 1 million people in Florida, Georgia, and Ohio, and it recently expanded its operations into Pennsylvania, Michigan, Wisconsin, and Arizona.

All that on-the-ground, text-by-text, friend-to-friend activism could make a big difference in enfranchising voters in November. But the real impact of the work of Tingley-Hock and the League of Women Voters and others—the real legacy of Ohio—might happen at an earlier stage, with the actual purges. “Secretaries of state who are processing these lists,” Rathke said, “have to be correct. That hasn’t been true, until now.”

In other words, they know they are being watched.

The biggest purge since LaRose finalized Ohio’s list happened last winter in Georgia. There, the voter rolls had remained untouched since 2017, when a massive purge “affected a disproportionate number of people of color,” according to one analysis, and had huge implications for the controversial 2018 governor’s race. But when the new secretary of state, Brad Raffensperger, publicly said that he would be releasing his work in December, just as Ohio had done, he made a point of sounding downright Rockwellian.

“Accurate and up-to-date voter rolls are vital to secure elections,” Raffensperger proclaimed. “That is why my office is releasing the full list to ensure that people who are still eligible voters can update their information.”

Right away, Tingley-Hock called Raffensperger’s office to buy the voter files ($250 a pull). The Atlanta Journal-Constitution also went to work comparing the purge list with the previous voter database to do the same. According the Journal-Constitution, the number of voters tossed for not voting was more than 120,000, so the voter reregistration folks have their work cut out for them. But in terms of racial or ethnic patterns, both Tingley-Hock and the newspaper, working separately, found the same surprising thing: Minorities were not overrepresented. In fact, the purge list this time reflected voters in general. The newspaper study broke the purge down by county and found that the cuts were almost exactly in line with local demographics.