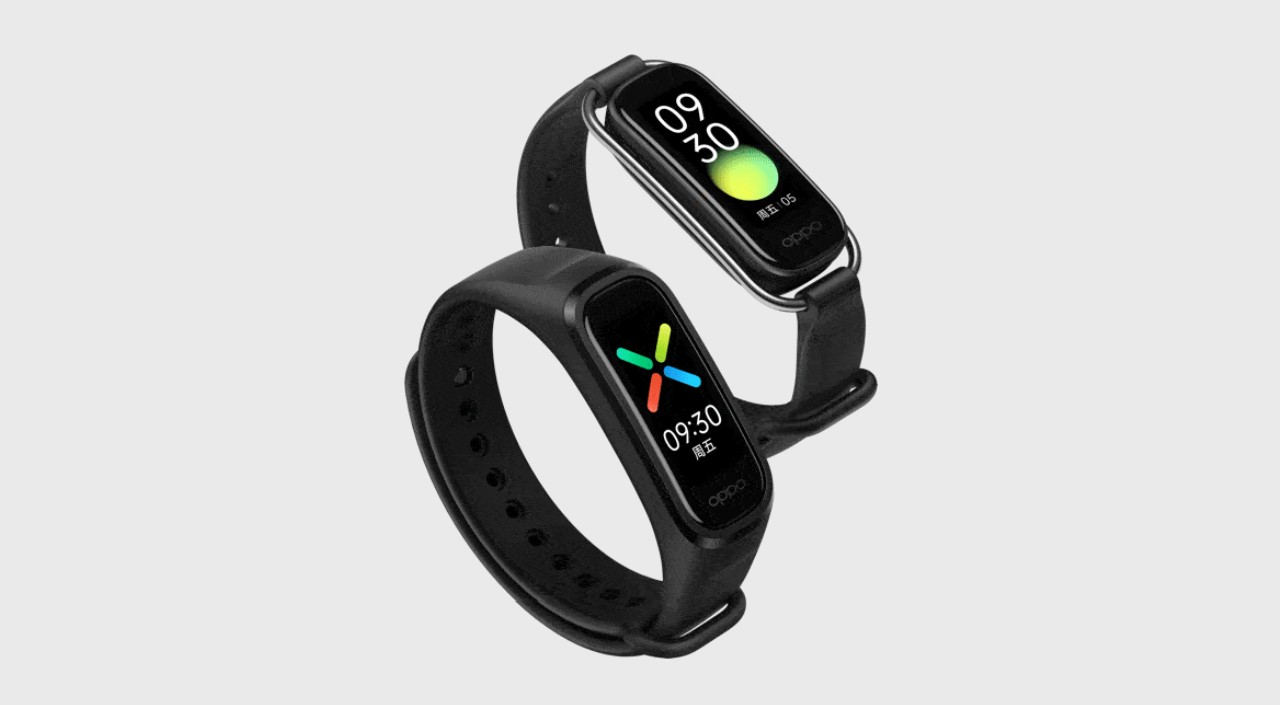 Oppo had launched the Reno 4 series yesterday in China. However, the new Oppo Band managed to steal the show. It marks the company’s entry into fitness trackers after smartwatches. The new wearable from the company comes in three variants – the Oppo Band, Oppo Band Fashion and Oppo Band EVA and prices are around the CNY 200-300 bracket.

The new smart band from Oppo comes in multiple colours and offers a few strap options. Interestingly, all the three models above have the same display and internal specifications but differ on the external side. They feature a 1.1-inch AMOLED display and an overall design which more or less resembles other bands in the market.

The display has a resolution of 294×126 pixels and Oppo says it covers 100% of the DCI-P3 colour gamut. A 2.5D curved glass protects the display from the outside.

The Oppo Smart Band is powered by the Apollo 3 chip under the hood. There is Bluetooth 5.0 and NFC (Oppo Band Fashion exclusive) present for connectivity and payments. It also has water resistance up to 50 metres with a 5ATM certification.

Oppo also mentioned that the Smart Band will feature more than 160 watch faces. However, users can have only 5 watch faces at a time on their band while the others can be accessed and changed from the dedicated Health app.

The main highlight of the band is that it has up to 12 sport modes. These include outdoor running, walking, treadmill, indoor cycling, Fat loss running and more. Additionally, there is a real-time heart rate monitor, a SpO2 sensor to monitor the Blood-Oxygen levels.

All these can be done via the Oppo Health app on smartphones running Android 6.0 and iOS 10.0 and higher versions. It has a 100mAh battery and Oppo claims 14 days of battery life on a single charge. The band comes with a pogo pin charger to juice it up completely within 1.5 hours.

The Oppo Smart versions differ only in the strap designs and colours. The standard Oppo Band has Black and Purple colour options and is priced at CNY 199 ($28).

Will it launch in India?

While there is no official word on whether Oppo would launch these devices in fitness conscious India or not, the fact remains that the wearables market in the country had grown a whopping 168% in 2019 with basic devices continuing to dominate.

A report by IDC India said that while ear-worn devices grew the most, wrist bands too shipped more than 1.5 million units during the period witnessing a 30% year on year growth. Xiaomi and Titan were the market leaders with 48.9% and 14.5% share in this fast growing market.

Given this market scenario, it would be a major miss if Oppo does not bring its bands to India, especially given that the tier-2 and tier-3 cities are witnessing a growing trend of fitness consciousness. We believe that the Oppo’s new products priced at around Rs.2200 to Rs.2500 would be a good fit here.

Game the job-hunting AI system with this clever CV software

Game the job-hunting AI system with this clever CV software

This simple trick can unblock American Netflix from the UK

Save up to 70% on Valentine’s Day essentials from Lovehoney