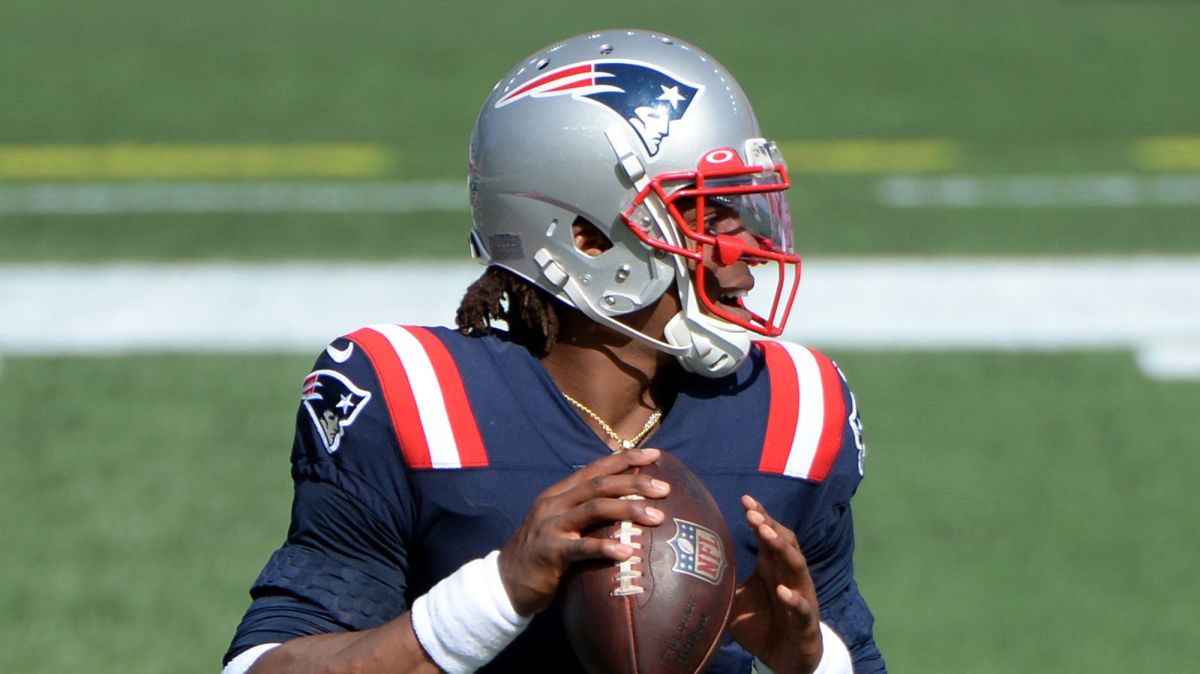 New England and Seattle will face off this weekend at, albeit empty, CenturyLink Field, with the home opener breaking the 9-9 series tie these teams find themselves in in the second week of the 2020 NFL season. We’re showing you exactly how to watch a Patriots vs Seahawks live stream and watch all of this weekend’s NFL action online.

The Sunday night Patriots vs Seahawks game will kick off at 8.20pm ET/ 5.20pm PT (1.20am BST on Monday, September 21 in the UK). There are a number of different live streaming and TV broadcast options available, but if you happen to find yourself away from home right now you can always tune into your usual NFL coverage using a reliable VPN  – like ExpressVPN, our number one favorite and risk-free for 30-days.

The Patriots have taken well to their new quarterback, with former NFL MVP Cam Newton leading New England to victory in week 1’s skirmish against the Miami Dolphins. The Seattle Seahawks look set to upset that golden start, however, with a defence already setting up to disrupt the Patriots’ new-found running game.

These are both incredibly powerful teams hot off of week 1 victories. Things seem to be swinging in the favor of Seattle this week, however. Newton may be new to the Patriots, but he’s been on the same field as the Seahawks plenty of times from his days as a Carolina Panther. The scoreboard wasn’t so balanced in those matchups, and compound that with Seahawks Jamal Adams’ explosive defensive entrance last week and it looks like things will start to slip from New England.

The Patriots historically play a steadier game than Seattle, so some early punches could slip through as the Seahawks warm up to the 2020 offensive line. Such a methodical line of play didn’t help them when these two teams last faced each other in 2016, however. Seattle walked away from that game the victor after a revenge match over its loss to New England at the Super Bowl in the previous year.

The Seattle Seahawks and New England Patriots have historically matched well against each other – they’re currently in a head to head 9-9 series tie, after all. However things are different this year, and whether it’s the artificial crowd sounds, Newton’s rush game, or Wilson’s four touchdown passes on 88% completion in week one, something’s gotta give on that scoreboard.

Whatever happens on the field this Sunday, it will be intensely competitive. You won’t want to miss a moment of the action, so secure your Seahawks vs Patriots live stream early and find out how to watch an NFL live stream from wherever you are in the world.

How to watch the Patriots vs Seahawks from outside your country

If you’re unable to watch your usual Patriots vs Seahawks live stream this weekend due to geo-blocks, then you’ll need to pick up a trusty VPN to watch NFL week 2 online. If you’re away from home, this piece of software allows you to access the regional content you’ve already paid for, so no need to worry about missing the game because of a vacation.

In order to watch a Seahawks vs Patriots live stream from outside your home region, a VPN allows you to change your IP address so that you appear to be sitting comfortably in your own living room.

NBC has coverage of today’s Patriots vs Seahawks game, with a live stream available at NBC Sports online and via the NBC Sports App. Watching is easy, and you can catch the first 45 minutes of coverage without providing any details. Considering that coverage begins at 7pm ET and 4pm PT, however, you’ll want to input your cable provider information to actually catch some action.

FuboTV, however, can net you easy access to all five channels offering 2020 NFL coverage. So if you’re sticking around for the season, it might be worth the $64.99 monthly cost for access to CBS, Fox, NBC, ESPN, and NFL Network. If you’re just here for the big game, you can even take advantage of a FREE seven-day FuboTV trial, offering up a free Patriots vs Seakhawks live stream online this weekend.

Or, check out a Sling TV Blue package. Select cities receive coverage of NBC’s Sunday Night Football broadcast and plenty more NBC streams – as well as NFL Network – for as little as $30 a month. Not only that, but there’s a free AirTV Mini package up for grabs, and a three day free trial.

These streaming solutions may be geo-blocked, so if you’re out of the country right now you’ll need a VPN to connect. ExpressVPN is 100% risk-free for 30-days and comes out on top in our testing of the best services around.

At just CA$20 a month ($150 a year), you’re picking up some stunning value here – with access to NFL RedZone, Game Pass, NFL Network and a massive range of other sports services all included in one handy package. If that wasn’t good enough, you can even grab a FREE 1-month trial right now – so that’s the next four weeks of football sorted.

Seahawks vs Patriots live stream in the UK

Sky Sports has your back if you’re trying to catch a Seahawks vs Patriots live stream in the UK as it’s one of the six selected games ready and waiting for live broadcast from the brand new Sky Sport NFL channel this weekend.

You’ll need to be awake at 1.20am BST in the early ours of Monday morning to catch it.

However, if you don’t want your NFL season to be at the mercy of Sky, you’ll want to bag yourself a subscription to NFL Game Pass Pro. A Pro plan nets you full access to all live season and post-season games, as well as NFL Network, RedZone and more original content for a £143.99 annual fee (or £36 in four installments). If you’re not fussed about live games you can catch up on demand with a cheaper Essentials plan as well, coming in at £39.99 a year.

How to watch Seahawks vs Patriots: live stream NFL in Australia

You’ll want to tune into Foxtel at 10.20am on Monday, September 21 if you’re watching from Australia, with a full Patriots vs Seahawks live stream available via ESPN. If you’re on the move, you’ll also be able to stream the game from the mobile Foxtel Go app.

If you’re not signed up with Foxtel, you can also grab a subscription to Kayo Sports , offering up a good range of games throughout the season for as little as $25 a month. That’s for the Basic plan which nets you access to NFL live streams on two devices, but you can uprade to Premium at $35 a month if you need to add a device.

If you’re just interested in watching Seahawks vs Patriots live this weekend, however, there’s some even better news. You can grab a FREE 14-day trial on both of these plans, so you can catch this weekend’s action, as well as next week’s for absolutely nothing.

If you’re in it for the long haul, we’d recommend investing in an NFL Game Pass subscription instead, which will net you access to each game and much more content as well.