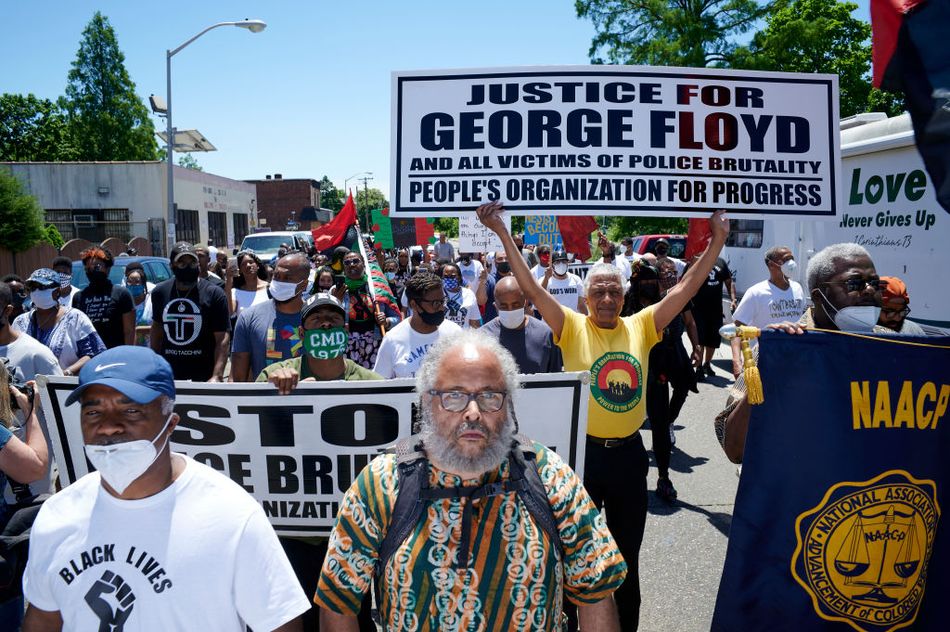 The protests that sprung up after the police killing of George Floyd on May 25 are now in their third weekend, and there’s no sign that they’re slowing down.

Crowds gathered in major cities around the country (and the world) while residents in smaller localities also turned out to stand against systemic racism. And while some in the media have tried to paint an inaccurate picture of what’s been unfolding in U.S. streets (hi, Fox News), the protest actions have largely been peaceful.

Widespread anger over Floyd’s death beneath the knee of a white Minneapolis cop – who’s since been fired and charged with murder, along with the three other cops at the scene – remains palpable. The legacy of racism in the United States goes back centuries, but many have observed that the current moment, and the reaction following Floyd’s death, feels like an awakening.

Ironically, the country’s broken policing system may be partially responsible. As protests grew larger, so too did the police presence. That led to a deluge of striking images and video in which law enforcement officials across the country were seen escalating tense situations again and again, often without any obvious incitement on the part of the protesters.

The latest round of weekend protests also came with a heavy sense of grief in some locations, particularly Atlanta. On Friday night, Atlanta police shot and killed Rayshard Brooks, a 27-year-old Black man, at a Wendy’s drive-through in the city.

Brooks sadly isn’t the only Black citizen to have been killed by law enforcement actions since the protests started. But video of the incident, along with what Atlanta Mayor Keisha Lance Bottoms has said was an inappropriate use of deadly force, hit hard in a moment where many people are already grappling with a profound sense of grief and loss.

And so the protests carry on. Look at these images of Americans taking a firm grasp of their First Amendment right to protest and be inspired to join them. (Just please, please make sure you wear a mask when you do.)

In the past week, I’ve attended #BlackLivesMatter protests across New Jersey, in many different communities. It’s been incredibly moving every time. In the cities, in the suburbs, even in rural areas, Americans from all walks of life are standing up and saying enough is enough. pic.twitter.com/ZfjUDTpQ4T

Probably 1000 cyclists ready to ride out from Grand Army Plaza for the latest bike protest. “This isn’t a race, it’s a protest,” organizer reminds crowd pic.twitter.com/zfdKq1StYw

Protest in South Philly today. We marched through Passyunk and hung our signs on the fence at Columbus Square. The protests have not stopped. pic.twitter.com/nzdxANQP6Y

Don’t trust anyone who tells you the protests are disappearing. They’re not. The racism is still omnipresent and there’s a deeply angry public that wants it to stop.