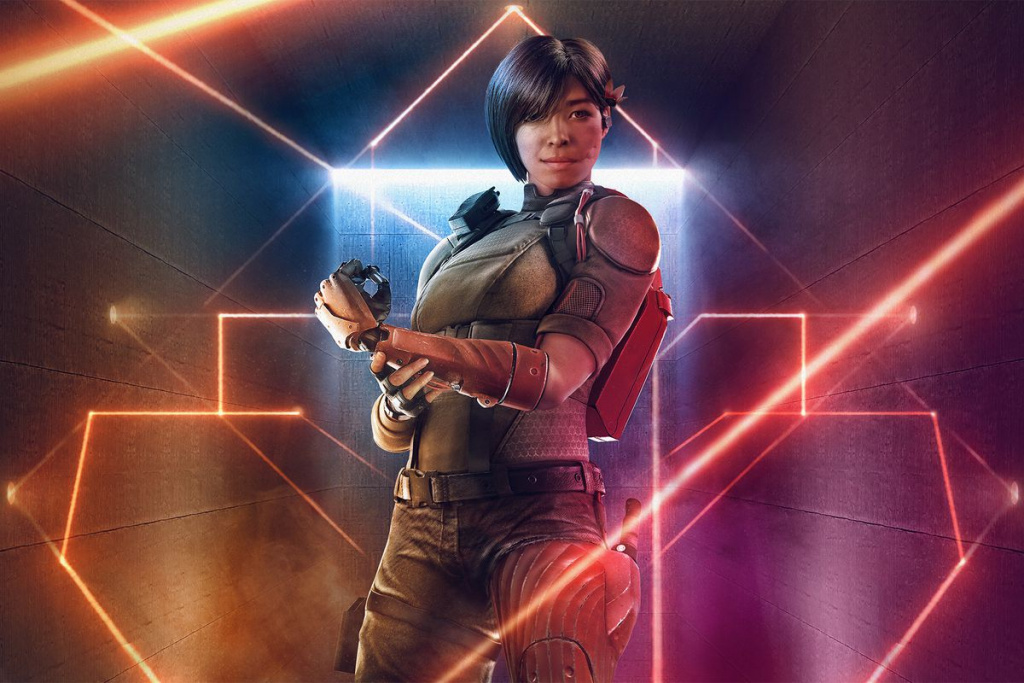 Ubisoft has finally made Rainbow Six Siege’s Year 5 Season 4 Operation Neon Dawn live on the main server. The new Operation Neon Dawn brings the new operator Aruni who is from Thailand along with a reworked Skyscraper map, and changes made to Jager, Hibana and Echo.

The Year 5 Season 4 Operation Neon Dawn update weighs 60GBs on PC while the console version is 35.90GB. The update is now live on all the different platforms along with a new Battle Pass that has 100 tiers. The game is now available on Sony PlayStation 5 and Xbox Series X as well.

Year 5 Season 4 of Rainbow Six Siege like last time is bringing some major changes to the game. Some of these changes are bound to attract a lot of controversy among the player base. Here are some of the most significant things brought with Operation Neon Dawn.

Apha “Aruni” Tawanroong is from Thailand and the first in the game to be featured with disabilities. Aruni has a prosthetic arm and a leg, but she uses those to her advantage. Unlike other operators she can punch a large hole in soft walls with her prosthetic arm. These are as big as shotgun holes and we found these rather convenient in our test time.

Aruni’s special gadget is the Surya Gate which is essentially an unbreakable laser net that can be attached to doors, windows as well as soft walls. This net once deployed does extensive damage to attackers if they touch it. Throwables and drones get destroyed on touching it. But once the laser gate makes contact with something it gets deactivated and needs to recharge. Defenders have to shoot it once it’s ready again to reactivate. Oh, and it deactivates when a defender tries to cross it.

Aruni is the first defender to get a DMR which is the Mk 14 EBR, she also has the option to wield the P10 Roni. Her secondaries include only the PRB92 handgun and gadgets include either the proximity alarm or the barbed wire. She is two speed, two armor operator.

The Skyscraper map has been released after a rework to balance gameplay and enhance navigation. Players have a new angle of attack, as Operators can now rappel onto the roof. As well, Dragon is now an interior room, and provides a bridge between 2F House and 2F Restaurant.

For balancing reasons, some entryways have been blocked and part of the balcony has been removed to prevent Attackers from camping outside. Despite these changes, the map’s identity and art style remains intact.

Jäger’s Active Defense System now has a cooldown of 10 seconds after intercepting an opponent’s projectile, and it won’t be able to intercept additional projectiles until the cooldown ends. The ADS also has an infinite number of charges, as opposed to just 2.

Hibana’s X-Kairos Launcher used to shoot 6 X-Kairos at once, yet only 4 X-Kairos are needed to destroy a hatch. The Launcher can now be configured to shoot 2, 4, or 6 X-Kairos, allowing players to manage Hibana’s resources as they see fit.

Echo’s Yokai drone now remains visible when placed on ceilings. According to the devs, this is an attempt to resolve some of the frustration and balancing issues that resulted from the device’s invisibility feature.

The runout timer for defenders has now been shortened from 2 seconds to 1. This is an active attempt on the part of the developers to cull the habit of casual runouts and strategize the same. There is now a “no-drop zone” that has been added to the edge of bomb sites to prevent players from accidentally dropping the defuser while trying to plant it in that area.

Besides these there are better gadget on gadget interaction changes, as well as new accessibility options which include Voice to Text and Text to Voice options for the in-game chat channel.

You can check out all the changes in detail here.