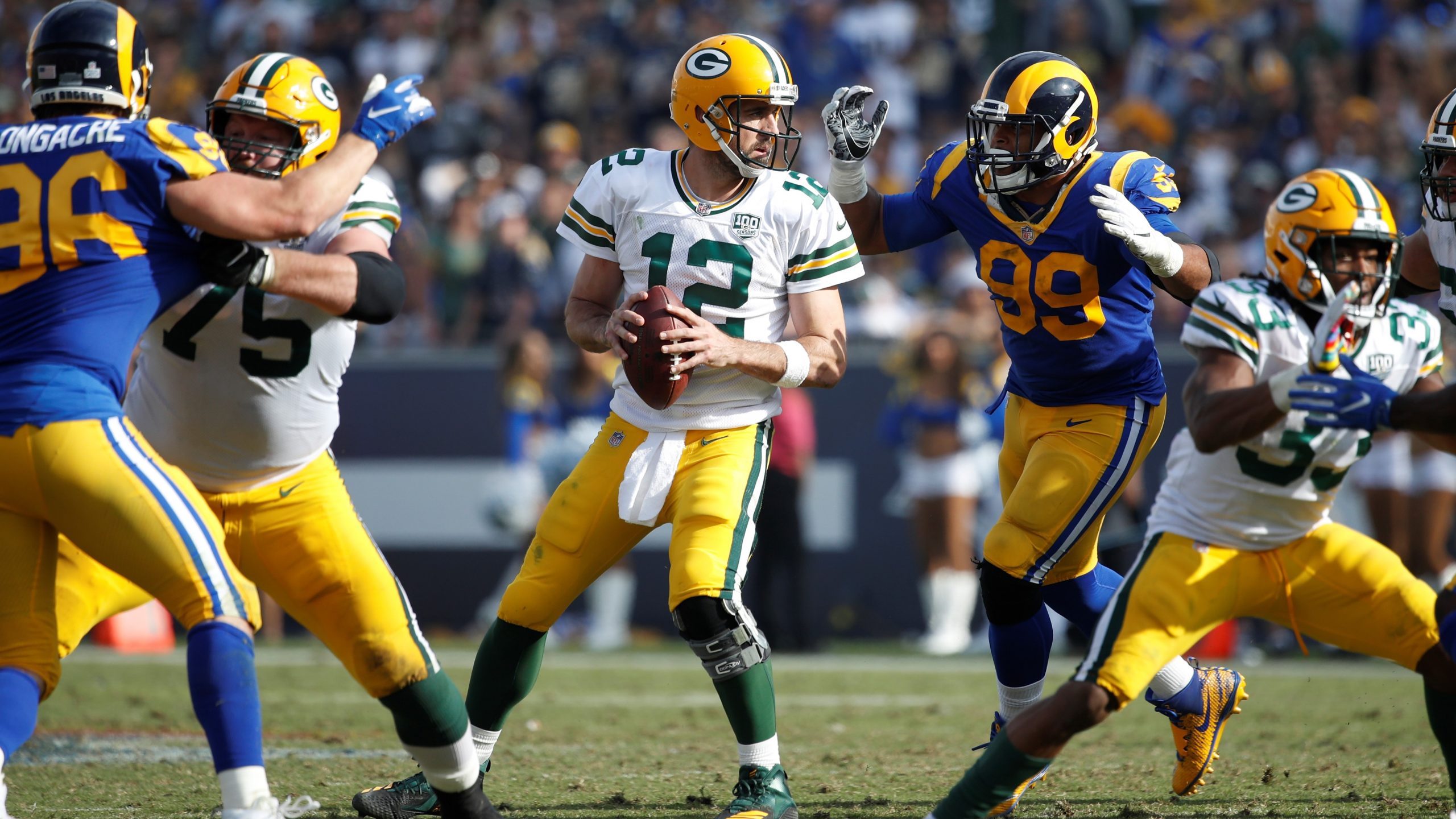 Sean McVay’s men pulled off a major upset last weekend to dump Seattle out of the Super Bowl 2021 running, and their reward is a trip to a freezing Lambeau Field, for a Divisional Round game that would appear to be heavily stacked in the well-rested Packers’ favor. Can Los Angeles dig deep again to shock the NFC’s No.1 seed? Read on as we explain how to get a Rams vs Packers live stream and watch NFL playoffs online wherever you are right now.

The Rams are truly the walking wounded right now, with nearly all of their key men bearing the scars of victory. Aaron Donald hurt his ribs against Seattle and is unlikely to be at his rampaging best for his much-anticipated showdown with MVP favorite Aaron Rodgers, who earned his week off by throwing for 48 touchdowns in the regular season, and rushing for three more.

Will his Rams counterpart be Jared Goff, John Wolford, or… Blake Bortles? Goff only underwent surgery on a broken and dislocated thumb three weeks ago, but had to be recalled to the team far earlier than expected after LA’s promising replacement QB Wolford took a big hit to the head against the Seahawks last weekend.

Goff did an impressive job when called upon but his throwing hand was clearly not quite ready for action, and McVay will be praying that it’s in better shape today.

The good news is that there’s nothing wrong with Jalen Ramsey, who dominated D.K. Metcalf last weekend, and should be a constant pain in the neck for Davante Adams, who has been virtually unstoppable for the Packers this season.

It’s make or break time again and we’re certainly not short of storylines, so follow our guide as we explain how to watch the Rams vs Packers online and get an NFL live stream wherever you are right now for today’s playoff action – it’s live now, so don’t miss out.

How to watch Rams vs Packers from outside your country

How to watch Rams vs Packers free: live stream NFL playoffs online in the US

Today’s Rams vs Packers game is being shown on Fox, with kick-off scheduled for 4.35pm ET/1.35pm PT at Lambeau Field in Green Bay.

If you’ve got Fox as part of your cable package, you can stream the match online via the Fox website. If you haven’t, the cheapest option right now for many fans is over-the-top streaming service Sling TV. Its Blue package, which includes Fox in a number of major metro area markets, and also comes with NFL Network for good measure and is competitively priced at $30 a month.

How to watch Rams vs Packers FREE without cable

That’s because for complete coverage of all nationally televised NFL without cable, you need access to Fox, CBS, NBC, ESPN and NFL Network – and only fuboTV currently offers them all to the best of our knowledge.

Pricing starts from $64.99 a month, which is a darn sight cheaper than cable, and there’s even a FREE fuboTV trial you can take advantage of. That means you can watch today’s Rams vs Packers game 100% free!

Not interested in signing up for cable or for a streaming service? Yahoo is showing every NFL game that’s being broadcast in your local TV market for free in its Yahoo Sports app, including the Los Angeles Rams vs Green Bay Packers playoff clash today.

Rams vs Packers live stream: how to watch NFL playoffs online in Canada

Today’s Rams vs Packers clash kicks off at 4.35pm ET/1.35pm PT in Canada, and linear TV coverage is being provided by CTV and RDS.

That obviously means the Rams vs Packers game is covered, and it’s an absolute steal as DAZN costs just CAD$20 a month or $150 a year – there’s even a free DAZN trial deal currently running that will get you access for nothing! Not only do you get every single NFL game, including NFL Game Pass and RedZone access, but DAZN’s also the exclusive Canadian streaming home of Premier League and Champions League soccer!

Packers vs Rams: live stream NFL in the UK and watch the playoffs online

Packers vs Rams is being aired in the UK on Sky Sports, with coverage starting on Sky Sports NFL at 9pm GMT ahead of a 9.35pm kick-off.

Alternatively, you can tune in to the Packers vs Rams game via NFL Game Pass Pro from just £1.99 a week – or, for a flat fee of £50, get access through the end of July 2021, which will see you through the playoffs, Super Bowl, Pro Bowl, 2021 NFL Draft and more.

Not in the UK but still want to catch the action on the NFL streaming service you’ve signed up for? Grabbing a VPN will let you log into a UK IP address so you can live stream NFL as if you were at home.

If you live in Australia, you’re spoilt for choice as the big Packers vs Rams Divisional Round game is being covered by a number of Aussie outlets – kick-off being scheduled for 8.30am AEDT on Sunday morning.

It’s not the most elegant platform we’ve ever seen, but if you head there and click the ‘Live TV’ tab at kick-off time, the Packers vs Rams game should be on. Its lack of future listings is particularly frustrating but, hey… free is free, right?

In general, Kayo Sports is our favourite streaming solution for cord-cutters Down Under – and it’s also offering a Packers vs Rams live stream. In fact, it should be showing all the NFL games from now on, plus loads more sporting coverage from top-tier soccer (La Liga, Serie A, FA Cup) to US sports like the NBA and NHL.