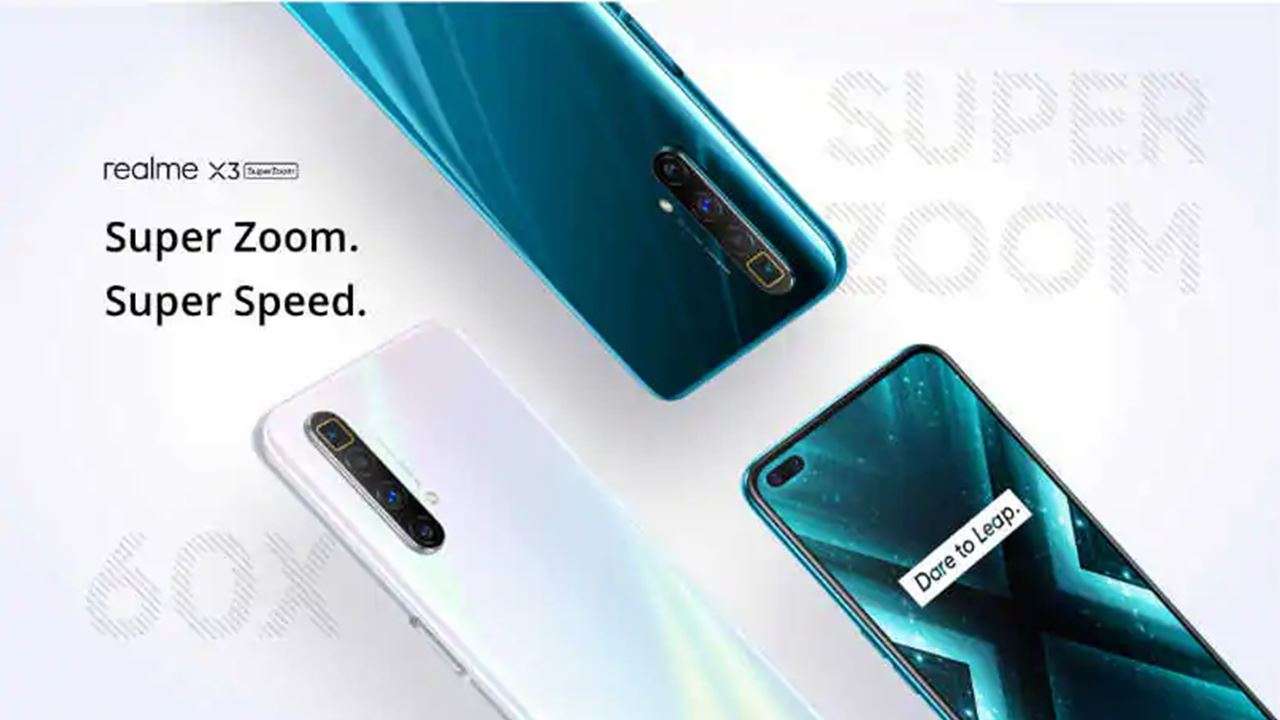 Realme has finally added affordable flagships to its 2020 portfolio with the Realme X3 series. A new pair of affordable truly wireless earphones is tagged along.

Realme has often been credited with making features more accessible. The Realme X3 SuperZoom is the epitome of that, by bringing a high refresh rate display and a periscopic zoom camera to the mid-range segment. The Realme Buds Q also finally came to India at an extremely affordable price.

As a part of its new product naming scheme, the Realme X3 series is the successor to the Realme X2 Pro from last year.

Check our the Realme X3 series on Flipkart

As the name suggests, the Realme X3 SuperZoom is the camera-centric constituent of the series. It is Realme’s first smartphone with a periscopic zoom lens, and also the most affordable one in the market.

It is powered by the Snapdragon 855 Plus chipset with up to 12GB of LPDDR4X RAM and 256GB of UFS 3.0 storage. The last-gen processor is said to be one of the main reasons for this device’s competitive pricing.

There’s a 6.6-inch LCD panel on the front with a Full HD+ resolution (2400 x 1080) and a smooth 120Hz refresh rate. The display is protected by Gorilla Glass 5. The fingerprint scanner is embedded within the power button on the right side. There’s no headphone jack on the device. The battery is rated at 4,200mAh and supports 30W Dart charging over USB Type-C.

The Realme X3 SuperZoom has a quad-camera array on the back, consisting of a 64MP f/1.8 primary camera, followed by an 8MP ultra-wide lens with a 119-degree field-of-view, an optically-stabilized 8MP periscopic telephoto lens with 5x optical zoom (capable of 60x digital zoom) and a 2MP macro lens. Two cameras are housed in the punch-hole notch on the front, with a 32MP primary camera and an 8MP ultra-wide lens for groufies. A new ‘Starry mode’ is added for astrophotography.

The vanilla X3 starts at a lower price, and even includes a 6GB + 128GB variant. The only difference from the SuperZoom comes with the cameras. The Realme X3 opts for a 12MP 2x telephoto lens instead of the periscope, and uses a 16MP selfie shooter instead of the 32MP shooter. The rest of the specs are similar across the board.

Realme is targeting the affordable TWS segment with the Buds Q. It was unveiled in China last month, and is now making its way to India. It has an in-ear design without a stem that protrudes downward. It houses 10mm bass boost drivers, with support for 119ms low latency. It functions over Bluetooth 5.0 and also brings instant pairing options. The battery life is rated for 4 hours on a single charge, with the case providing an additional four charges. The buds also offer capacitive touch controls. Colour options include black, white and yellow.

Realme also stayed true to its lifestyle expansion by unveiling a new Adventurer backpack. It is waterproof and has a capacity of 32 litres. It can fit 17-inch laptops too and comes with IPX4 rating. It is priced at Rs 1,499. Initially, only a black variant will be available, but other finishes are expected to come later.

As Realme announced recently, it will be increasing its focus on connected and ecosystem products beyond smartphones. In the near future, the Realme Soundbar, 55-inch Smart TV and a new range of wearables is expected to launch in India. The flagship Realme X50 Pro will come back in stock in July.