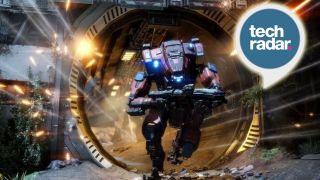 Realme’s ever-growing portfolio of smartphones is about to get a new series in the form of Realme X7 next week. Here’s what they will look like.

On September 1, the Realme X7 series will be unveiled in China as an extension of the brand’s mid-range offerings. It will be the start of a new series and not the direct successor to the recent Realme X3 series. As with many of its new smartphones, the design is a focus point of the X7.

The company took to Weibo to share images of the Realme X7 series, showing its design in all its glory as well as revealing some specifications. It takes the new design language to the next level with a gradient iridescent finish with a huge ‘Dare to Leap’ tagline on the back, making it one of the most eye-catching smartphone designs around.

A long write-up was also shared, explaining this design choice: “(On the Realme X7 series) the logo design is iterated again, with the brand attitude of “Dare to Leap” is incorporated into the mobile phone design, which is the spirit of Realme and young people to be fearless, adventurous, and daring to break through resonance, which is an expression of the attitude of young people who dare to be the position in their lives.”

The official images also confirm a quad-camera setup on the back, which is likely to consist of a 64MP primary camera, an ultra-wide shooter, a depth sensor and a macro lens. The front camera will reside in a punch-hole on the top-left corner of the display. The Realme X7 series is also confirmed to sport a 120Hz AMOLED panel.

Since the device is also going to be 5G-capable, we expect it to be powered by the Snapdragon 765G or the MediaTek Dimensity 1000 Plus chipset. The series will consist of two models, an X7 Pro and a vanilla X7, though the differences haven’t been detailed yet. Realme is also set to launch a phone with 125W charging in September, but that is yet to be confirmed.

Just a day later, the Realme 7 series will be unveiled in India on September 3. It will gun for the spot of the fastest charging phone in the country, especially in its segment.