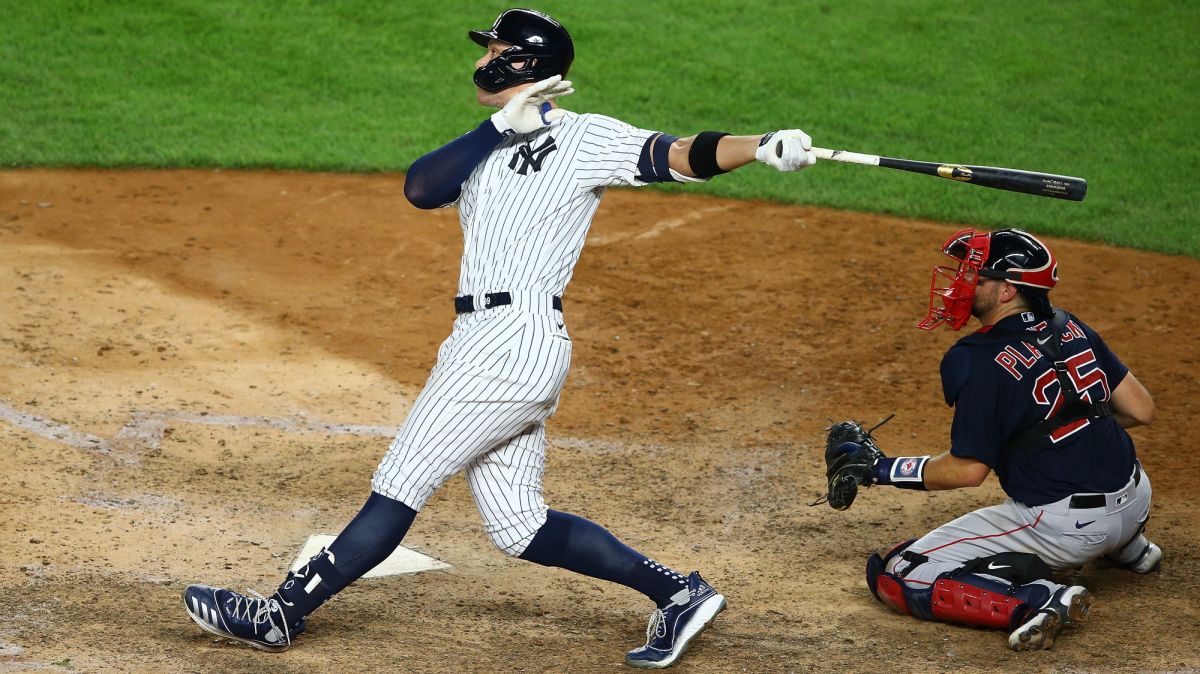 The 2020 MLB season continues this weekend as the Boston Red Sox head to New York for a four-game AL East series against the Yankees. The first game kicks off today at Yankee Stadium and we have all the details on how to watch MLB online and get a Red Sox vs Yankees live stream, no matter where you are in the world right now.

The Red Sox vs Yankees is a four-game AL East series with coverage available on NESN throughout Boston and on YES in the New York area.

The Red Sox are currently in last place in the AL East with just 6 wins and 12 losses. Earlier this week, the team hosted the Tampa Bay Rays for a four game series in which they lost the first three games despite having the home field advantage. During Tuesday night’s loss to the Rays, Red Sox outfielder Andrew Benintendi suffered a strained rib cage and he has now been placed on the 10-day injured list and won’t be able to play in this weekend’s series against the Yankees. Can the Red Sox turn their season around when they go up against their biggest rivals this weekend?

The Yankees meanwhile are off to a great start this season with 12 wins and 6 losses and the team currently holds the top spot in the AL East. The team hosted the Atlanta Braves for a short two-game series earlier this week and won both games to take the series. During Wednesday’s game against the Braves, Yankees star Aaron Judge was out of the lineup due to tightness in his lower body. As of now, it’s still unclear as to whether or not Judge will play in this weekend’s series against the Red Sox but team manager Aaron Boone is hopeful that he will. Will the Yankees be able to continue their winning streak when they host the Red Sox this weekend?

Whether you’re a Red Sox fan in Boston, a Yankees fan in New York or just want to watch the baseball at Yankee Stadium this weekend, we’ll show you how to get a high-quality MLB live stream of the Red Sox vs Yankees four-game series.

If you’re in the US this weekend, then getting a Red Sox vs Yankees live stream is only easy if you’re based in either the Boston or New York areas – and have cable TV as only Friday and Saturday’s games will be broadcast nationally. If this is the case, you’ll find coverage of the game on local TV, complete with the option to stream online via the channel’s website.

Anyone without cable might run into more difficulty, however, as the most useful overall baseball streaming service – MLB.TV – is designed for out-of-market viewing, meaning coverage is blacked out for anyone who lives in the same area as their team.

Fortunately, a solution exists in the form of a VPN – a handy bit of software that lets you re-route your device’s IP address to a location of your choice, thereby giving you the ability to circumvent these outdated blackout restrictions.

A Virtual Private Network also comes in handy when you’re out of the US and geo-blocking stops you from watching the same services and content you normally would at home – even when you pay for them. This makes a VPN an essential bit of equipment for your digital bat bag – but which one should you swing for?

Check out ExpressVPN for all your MLB streaming needs. You get the benefit of a quibble free 30-day money back guarantee to give it a whirl and the benefit of 3 months extra FREE if you commit to an annual plan – the ultimate solution for this season and beyond.
View Deal

Red Sox vs Yankees live stream: how to watch MLB online in the US

This weekend’s Red Sox vs Yankees four-game series is being shown on both regional sports networks and on national TV.

Friday and Monday’s games will only be shown locally on TV, so that means they’ll be on NESN in Boston and New England and on the YES Network in New York.

If you’ve got cable, that’s fine and you’ll be able to stream the games online by logging in with the details from your TV provider on the appropriate website. But if you don’t, you’ll need to look at other options.

Getting access to NESN is quite easy for Red Sox fans as a number of over-the-top streaming services including fuboTV, YouTube TV, AT&T TV Now and Sling will all give you access to the network. Yankees fans on the other hand have far less options as only FuboTV and SlingTV carry the Yes Network. While Sling TV makes the most sense for Yankees fans in New York as it’s the cheaper option at $30 per month, YouTube TV is your best bet in Boston and easily worth the extra 10 bucks a month, as in addition to NESN you also get access to all four cable channels that show nationally televised games: ESPN, Fox Sports, TBS and MLB Network.

The out-of-market option is the excellent MLB.TV, which will let you watch every game of the MLB season online for a one-off payment of $59.99 (or $49.99 for a single team). But there’s a huge catch in that all of its streaming is subject to local blackouts, so Red Sox and Yankees fans in Boston and New York won’t be able to watch this weekend’s games –  unless they use a VPN as per our guide above.

Yankees vs Red Sox live stream: how to watch MLB online in the UK

BT Sport has the TV  rights to MLB action in the UK through 2021 and you’ll find all the channels you need available through one BT’s many TV bundles, or as an add-on for Sky TV and Virgin Media customers.

However, the network will only air one of the games in this weekend’s Yankees vs Red Sox series. BT Sport ESPN will show game 3 of the series on Sunday at midnight.

For cord cutters, BT now also offers the option of watching BT Sport without locking yourself into a lengthy contract by way of its £25 Monthly Pass.

UK fans of the Yankees, Red Sox, or just baseball in general will need to turn to MLB.TV to watch the Yankees vs Red Sox live on Friday, Saturday and Monday. The MLB streaming service is also available in the UK, where it costs approximately £50 for the full works and blackout rules obviously don’t apply.

How to watch the Red Sox vs Yankees: live stream MLB in Canada

Canadian baseball fans will only be able to watch one of the four games in this weekend’s Red Sox vs Yankees series on TV as TSN will show Sunday’s game beginning at 7pm ET / 4pm PT.

You can also stream this game live on TSN’s website but you will need to provide the credentials from your cable subscriber to watch it. Streaming the game online won’t cost you anything extra but you will have to login first.

To watch Friday, Saturday and Monday’s games, Canadians will have to turn to MLB.TV. That’s not a bad thing, though, as $59.99 will get you live streaming access to nearly every game of the regular season (only the Blue Jays are subject to blackouts in Canada and there’s always the VPN workaround for these) – plus coverage of the playoffs and World Series.

In addition, MLB.TV gives you the option of home or away team commentary, offers companion apps for nearly any modern device, and provides a super-smooth 60fps feed for great picture quality.