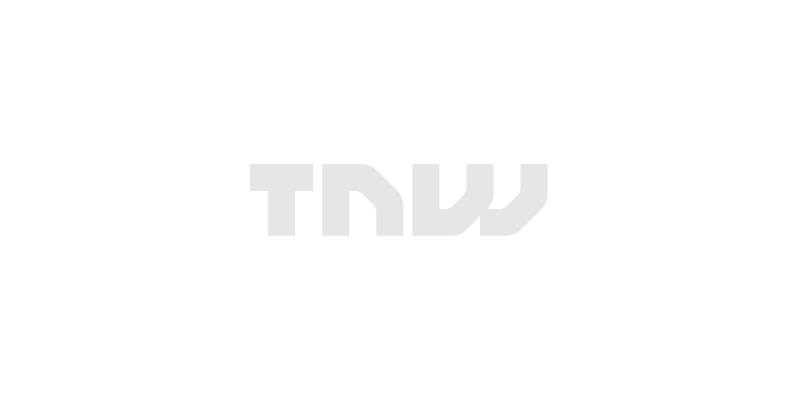 Well, the maverick billionaire is returning for round two, and online stock trading communities are already debating whether to short Tesla in preparation for whatever Musk might say next.

A post titled “Should We Short Tesla Stock Now?” is quickly gaining traction on Reddit‘s /r/wallstreetbets — a toxic community of impulsive investors driven by memes about autism, a hatred for “bears,” and an insatiable greed for “chicken tendies” (cash money).

(NB: “Shorting” is a term that essentially means to bet against a stock. Short sellers borrow “overvalued” shares, sell them to re-buy when they drop, and profit from the difference; the opposite of “buy low, sell high.”)

Some WSB commenters want to bet that Musk will do or say something on today’s JRE that might tank Tesla‘s stock price (again). The podcast boasts more than 8 million subscribers.

After all, it was only last week Tesla shares suddenly sank more than 8% minutes after Musk tweeted ‘Tesla stock is too high imo.” 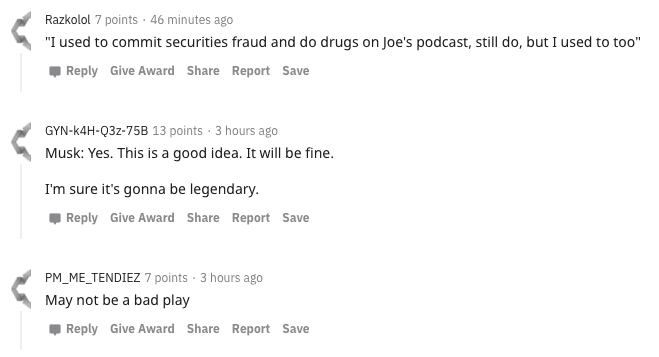 However, some think Elon’s chaotic energy has already been “priced in,” so there’s not much further for $TSLA to fall. Shorting wouldn’t be a good idea, in that case.

Other posters are visibly torn over what to do, and will likely be glued to the $TSLA charts as the podcast gets closer to its air time. Tesla stock has remained steady during Thursday’s pre-market trade.

There’s no doubt that /r/WSB is a silly place (to say the least), but its relentlessly bullish members have serious capital.

In February, Bloomberg reported that the WSB community was actually influencing the stock market in ways reminiscent of the ballsy day traders of the 1990s.

One Goldman Sachs analyst said that WSB’s lust for buying call options — a type of investment that gives the buyer the right (but not the requirement) to purchase a stock at a predetermined price in the future — is “definitely moving the needle.”

WSB community favorites like Virgin Galactic and Tesla have indeed faired incredibly well this year, despite the coronavirus pandemic, but Bloomberg cited a more concrete example of the subreddit’s apparent power: the case of Lumber Liquidators, whose share price pumped more than 18% after a WSB poster laid out a bullish case for its stocks.

As for Musk, it’s certainly fun to believe that anything can happen, especially considering how vocal he’s been about the world’s response to the COVID-19 threat.

Another thing to consider is that Musk’s last interview (the one with the blunt) was live, while this one is pre-recorded. It’s still unclear as to exactly when this latest episode was filmed.

Indeed, today’s JRE could also just as likely be a tame affair. After all, Musk promised NASA chief Jim Bridenstine that he’d totally behave, and he also has a newborn baby. How crazy can it get?

You can watch Musk‘s second appearance at 09:00 PST via the JRE’s YouTube page here.