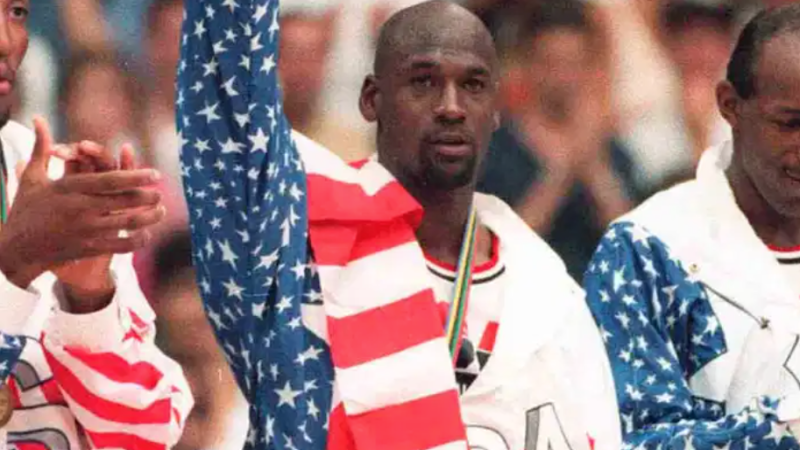 Ever since the Denny’s Twitter account gained sentience, there’s been a sort of voyeuristic pleasure in watching brands feud and act petty. Corporations: they’re people, just with more money and not really! Still, every now and then a brand finds a way to turn bad press into good press. This week, Reebok showed the rest of the sneaker world how pull that off with style.

With sports pretty much on hiatus at large amidst the coronavirus pandemic, all eyes have turned to the 10-part ESPN docu-series The Last Dance, which examines the 1997-98 Chicago Bulls as well as Michael Jordan’s career with the team at large. Each episode has given way to a bevy of memes, deep-dives on basketball culture of the ‘90s, and the sort of product placement that is inevitable when you’re dealing with a figure as culturally omnipresent as Michael Jordan was during that time.

While that product placement has generally been the best kind possible (seriously, just look at what original Air Jordan colorways are selling for right now compared to how they were doing two months ago), Reebok found itself on the receiving end of some nasty press when one of the most recent episodes aired. Depicting Jordan’s time on the 1992 Olympic USA basketball ‘Dream Team,’ Jordan himself shares an anecdote from the team’s medal ceremony (they took home gold). Jordan, a career-long Nike/eventual Jordan Brand athlete, found himself forced to don a track jacket/pants combo produced by Reebok due to the brand having an Olympic endorsement deal at the time. In a classic display of Michael Jordan pettiness, he draped the American flag over the Reebok logo on the podium, obscuring the brand’s product placement in the now-iconic photos of the team accepting their medals.

Reebok understandably found themselves pretty ruthlessly clowned on Twitter for this in the days that followed. Their response? Roll with it. On Friday, May 8 Reebok will be putting the very American flag-emblazoned jacket Jordan dissed back up for sale for the first time in ages.

Reebok announced the drop on Twitter earlier on Thursday, only indicating that the jacket would go up for sale on Friday and that numbers would be very limited. As of just a couple of hours ago, it’s live at the price of $80.

Right now, only two things are certain. One, this jacket will absolutely sell out, and fast, so those looking to pick one up should act fast. Two, those lucky enough to pick one up better not even accidentally cover up that logo. If you’re picking sides in this feud, you’ve gotta have some conviction.