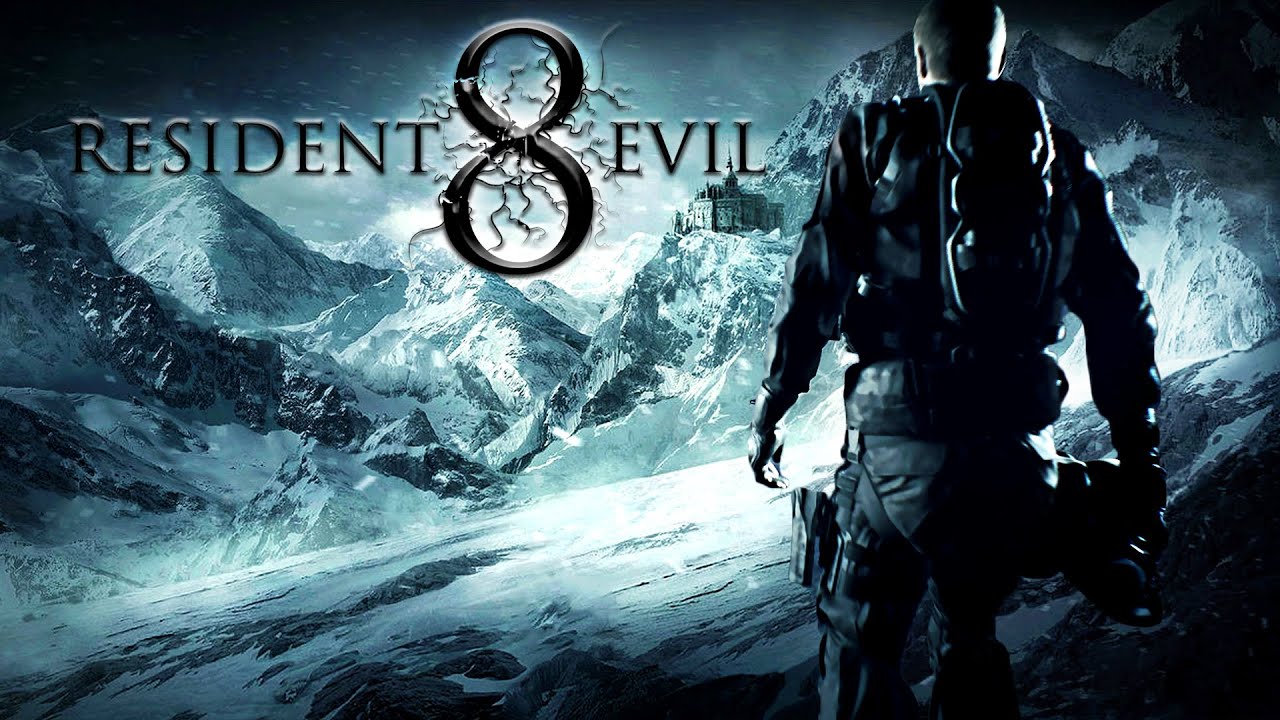 When it was first released in 2017, Resident Evil 7 was a much-needed rejuvenation for the classic horror franchise. Capcom departed from its usual formula in a big way and even took the opportunity to embrace new experiences with PlayStation VR. This risk paid off and a large proportion of fans and critics embraced the changes, with a keen eye on what the next game might bring.

After Resident Evil 7’s release, Capcom didn’t jump straight to a new instalment and instead created very successful remakes of Resident Evil 2  and Resident Evil 3 followed on, with rumors of a fourth remake even being in the works.

The eighth entry in the main franchise will feature characters both old and new, wintry environments that take advantage of the PS5’s beefy GPU and some surprises that will tingle the spines of even the most veteran players.

Here’s what we know so far.

Resident Evil 8 is coming out next year, sometime in 2021. That’s the official word from Capcom and that’s what was announced during Sony’s Future of Gaming event where we got our first look at the game.

Unfortunately that means we won’t see the game at the launch of either new console, but does mean that we’ll have something to look forward to playing once we’ve conquered all the new launch games.

We got our first look at Resident Evil Village during Sony’s PS5 gameplay reveal. The trailer which stars werewolves, witches and photo-realistic vegetables, also has a surprise return at the end: Chris Redfield.

Check out the trailer for yourself below:

The game is first-person

The game takes place a few years after Resi 7

If you’re following the plot line of the games, Resident Evil Village will take place a few years after Resident Evil 7 after Ethan Winters travels to Louisiana to search for his missing wife, Mia. RE8 sees the couple reunited only to encounter a new evil…

The trailer also surprises us with series staple Chris Redfield, who returns to set off a horrible chain of events for Winters. Hence, the werewolves and witches.

Here’s the latest rumors about the game:

After hearing very little about Resident Evil 8 for some time, noted leaker Dust Golem has reported on Twitter (via VGC) that the game has been in the works for over three years and is expected to be released as a cross-gen game in the next year or so.

Dusk Golem goes on to say that this release will be a big departure for the series, to the extent that it may upset some fans. They report a first-person perspective and some mechanical and narrative changes with themes of occultism, hallucinatory segments and even werewolves.

Interestingly, the leaker alleges that the game was originally supposed to be a third game in the Revelations spin-off but, following positive feedback from testing, it was decided to make it a mainline entry with changes being made to its story and characters.

The information leaked by Dusk Golem was later corroborated in a further leak from BiohazardCast.com which went into further detail. According to this leak the game will have the subtitle “Village” and is aiming for release in Q1 2021.

BiohazardCast suggests that the game is taking inspiration from modern folk horror with established characters Ethan Winters and Chris Redfield playing key roles. The leak mentions a new type of stalker enemy called the Witch, though the nature and origin of the enemy isn’t known.

Of course, none of this has been confirmed by Capcom so it should certainly be taken with a vat of salt, especially as BiohazardCast has acknowledged that much of its information came from an anonymous email source which makes verification difficult. Until we hear from Capcom itself we just can’t be sure, although with E3 2020 now cancelled it’s unclear when an announcement might come if there is one to be made.

Testing for an unrevealed game

According to a recent Reddit post, Capcom has invited members of its Resident Evil Ambassadors programme to test an unrevealed game. While there are hopes that it’s the still-to-be-confirmed Resident Evil 8 there’s also a rumor that it could be a new entry in the fossilised Dino Crisis franchise as Capcom has recently filed for a trademark related to the series.

This isn’t the first time Capcom has invited Resident Evil Ambassadors to test an unannounced title recently; last time the testing turned out to be for the multiplayer Resident Evil experience, Project Resistance. Does the fact that the previous round of testing was related to a Resident Evil game make it more likely to be a similar scenario this time? It’s impossible to say, but the most likely candidates for this unannounced title at the moment new entries to the Resident Evil or Dino Crisis series. We won’t know for sure until Capcom makes an official announcement.

As suspected, Capcom has confirmed it’s working on a remake of the classic Resident Evil 3, following on from the success of the second game’s remake. This is an exciting reveal, but it’s not the Resident Evil 8 confirmation we’re holding out for.

Testing on an unconfirmed title
Capcom’s Division 1, has reportedly sent emails to Resident Evil Ambassadors in Japan, inviting them to test an in-development game.

The email, translated from Japanese to English and published by fansite Biohaze, reads:

“To all Resident Evil Ambassadors, thank you for your patronage regarding the Resident Evil series. Today, we are letting you know that we are recruiting testers for a game that’s in development!

It’s possible these emails referred to Project Resistance, however it may be that they reference Resident Evil 8.

Work has already started
We’ve known this since early in 2017 when Resident Evil 7’s executive producer Jun Takeuchi confirmed it. In an interview for an official “making of” Resident Evil 7 documentary, Takeuchi said that work on the next game is “already in motion.”

It’ll build on the work of Resident Evil 7
In the same interview Takeuchi also ruminated on what the game might look like.

“We’re already thinking about various plans for the next game,” he revealed, “but we also want to see how we can continue to evolve survival horror itself. In the next few years technology will continue to advance and what players want may also change.”

It is, admittedly, hard to draw any solid information from this. When Takeuchi spoke in this interview it’s clear that planning was still in the very early stages and it’s quite possible that things such as plot and setting were still yet to be nailed down.

While we’d surmise that Resident Evil 8 will build on the fresh new feel of Resident Evil 7, Takeuchi’s comments on wanting to evolve the genre as well as capitalize on changing technologies and player desires suggests that the team aren’t locking themselves into a formula just yet.

Part one of the “making of” documentary gives a good insight into the kinds of gameplay experiments the team were looking into.

It seems that Takeuchi is telling fans not to assume there’s a new formula from which the developers won’t waver. Resident Evil will be taking a survival horror approach to the creation of survival horror – adapt, change and stay on your toes because you don’t know what new technology or fan request is around the corner.

One thing we do know, however, is that the Resident Evil team will “always want to create horror experiences where the characters overcome a difficult situation.”

Takeuchi said he believes this is what survival horror is “all about” before adding that “the next Resident Evil game, and the one after that, every future Resident Evil, will feature characters getting through crises like this.” It’s this essence of “core survival horror concept of people overcoming the odds” that Tekeuchi says the series will “always retain.”

From this, at the very least, we can assume that the future of the series will place a heavier focus on the survival horror elements showcased in Resident Evil 7, rather than delving back into the more action-heavy gameplay of releases such as Resident Evil 4.

That could change though. In an interview with PCGamesN Mikami was asked if coming back to direct Resident Evil 8 was something he’d consider. He would, of course, have complete creative freedom to with the game as he’d like. His answer was short and far from finite: “I might.”

Resident Evil 8: what we want to see

More enemies
We loved the Molded in Resident Evil 7 but we’d love to see a little more variety in Resident Evil 8. Dangerous and scary enemies are a given but there’s something about having a wide range of terrifying character designs that makes turning every corner even more frightening. Who knows what you’ll have to face next?

A different location
This actually plays into our request for more varied enemies. Naturally, we’d love to see a new location in Resident Evil 8. To keep fans of the series on their toes it’d be interesting to see something that’s a little more open or a little more varied. New locations tends to mean new opportunities for new enemies so we think these demands feed into one another quite nicely.

More answers
The ending of Resident Evil 7 left us with some questions and though many of them have been answered in the DLC that followed, not all of them have. As Resident Evil games go, Biohazard was quite isolated in terms of its place in the wider series universe. Though we understand the desire for a fresh start, we’d love to see a little more exploration and integration there. At the very least it would be nice to see a few more knowing nods to fans.

VR support
Resident Evil 7’s foray into VR was terrifying and an excellent example of how to develop for the platform. We wouldn’t be against Resident Evil 8 delving back into this once again, lessons learned and technologies advanced.