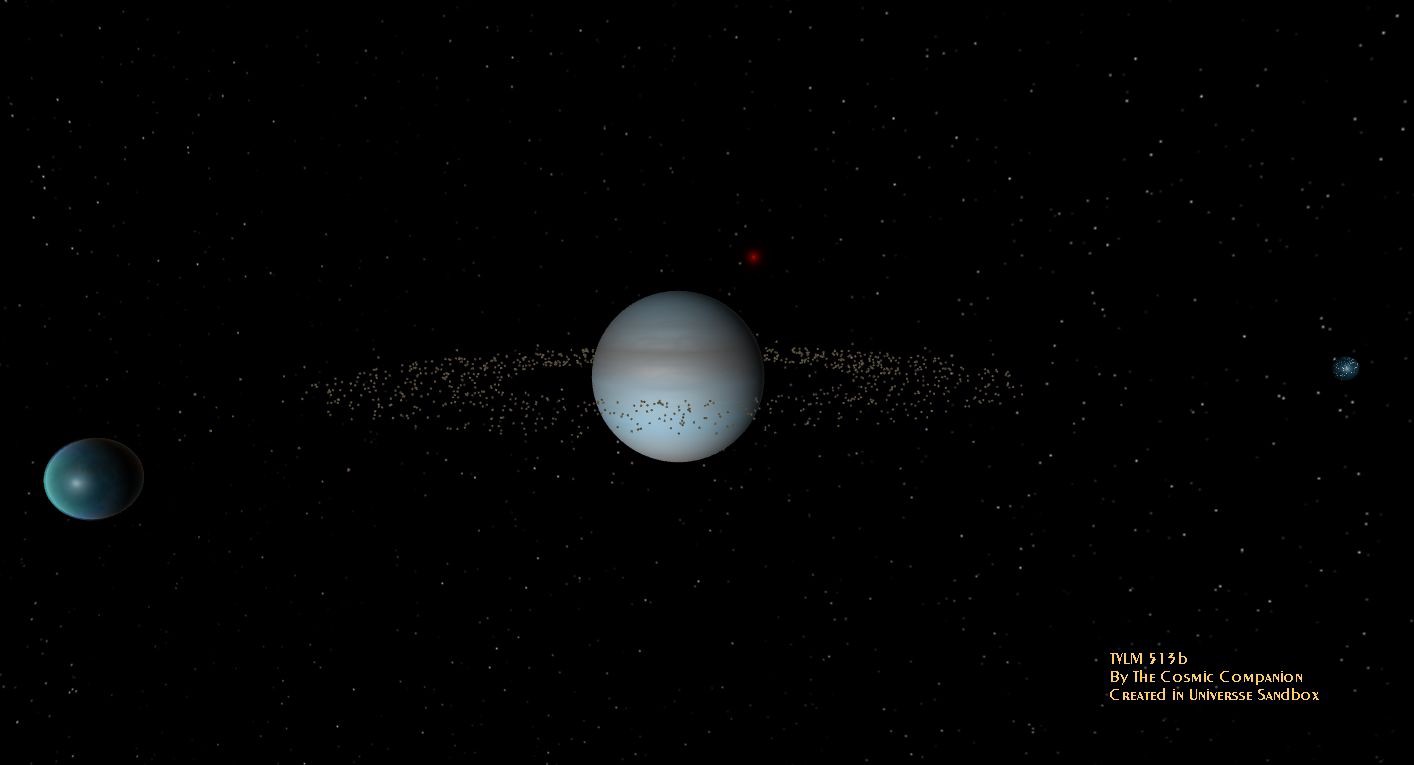 Astronomers found TVLM 513b through the astrometric technique — measuring a “wobble” in the star caused by gravitational pull between the star and planet.

A network of radio telescopes the size of a continent was assembled to carry out this study. This marks the first time this method has been successfully utilized by radio astronomers in the search for other worlds.

In June 2018, astronomers began an 18-month long study of the star TVLM 513–46546 — an ultra-cool star less than one-tenth as massive as the Sun. These findings were combined with data from previous studies conducted from March 2010 to August 2011.

Astronomers detected a wobble in the position of the star revealing the presence of a planet with the mass of Saturn orbiting closer to the star than the orbit of the planet Mercury in our own solar system.

“Giant planets, like Jupiter and Saturn, are expected to be rare around small stars like this one, and the astrometric technique is best at finding Jupiter-like planets in wide orbits, so we were surprised to find a lower mass, Saturn-like planet in a relatively compact orbit. We expected to find a more massive planet, similar to Jupiter, in a wider orbit,” said Salvador Curiel, of the National Autonomous University of Mexico.

More than 4,200 worlds have been found around other worlds, each by one of three methods.

The radial velocity technique examined the Doppler shift as stars move slightly closer and further away from Earth as the star is tugged by a companion planet. The transit technique measures dips in starlight as planets travel “in front of” their star as seen from Earth.

“Our method complements the radial velocity method which is more sensitive to planets orbiting in close orbits, while ours is more sensitive to massive planets in orbits further away from the star. Indeed, these other techniques have found only a few planets with characteristics such as planet mass, orbital size, and host star mass, similar to the planet we found. We believe that the VLBA, and the astrometry technique in general, could reveal many more similar planets,” said Gisela Ortiz-Leon from the Max Planck Institute for Radio Astronomy (MPIfR) in Bonn, Germany.

As early as the 19th Century, astronomers realized it would be theoretically possible to detect planets orbiting other stars using the astrometric method. As technologies improved, several reports of planets found using this technique were reported, and later found to be in error. This recent finding is just the second time an exoplanet has been found using this method.

“The VLBA, with antennas separated by as much as 5,000 miles, provided us with the great resolving power and extremely high precision needed for this discovery”, said Amy Mioduszewski, of the National Radio Astronomy Observatory.