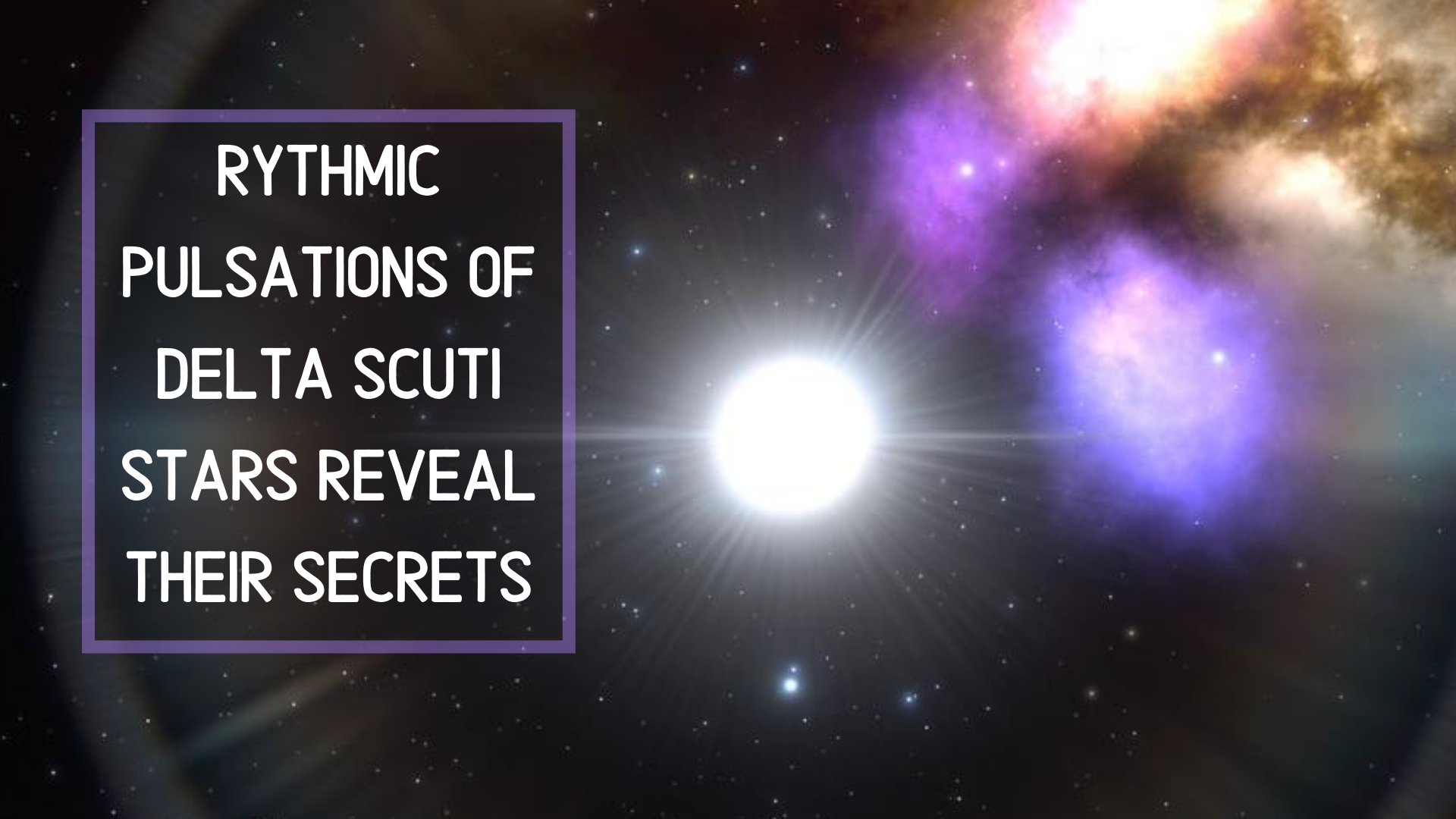 A team of astronomers, including researchers from the University of Birmingham, UK, and the University of Sydney, Australia, have unlocked the secrets of a large class of young pulsating stars — delta Scuti stars — by carefully listening to their natural resonances. The team’s findings are reported in the journal Nature.

Whilst the measurement of pulsations — the basis of astroseismology allowing astronomers to test models of stellar evolution, have been extremely successful on a range of different classes of stars, delta Scuti stars present seemingly random pulsations. This has made it extremely difficult for scientists to interpret the pulsations and gather clues about the internal structures of this class of star.

“Previously we were finding too many jumbled up notes to understand these pulsating stars properly,” says Professor Tim Bedding from the University of Sydney, lead author of the paper. “It was a mess, like listening to a cat walking on a piano.”

The team was able to use brightness measurements from NASA’s Transiting Exoplanet Survey Satellite (TESS) space telescope and data from the NASA Kepler Mission to uncover a subset of delta Scuti stars whose pulsations are more ordered than the cacophony of the others.

“The incredibly precise data from NASA’s TESS mission have allowed us to cut through the noise. Now we can detect structure, more like listening to nice chords being played on the piano,” Bedding adds. “This definitive identification of pulsation modes opens up a new way by which we can determine the masses, ages and internal structures of these stars.”

The ordered spectral output of these 60 intermediate-sized stars — ranging between 1.5 to 2.5 times the mass of the Sun — has the potential to allow researchers to make major headway in understanding delta Scuti stars. In turn, granting an insight into the interior workings of trillions of stars across the cosmos.

In order to conduct their research, the team had to process 92,000 light curves from the stars in question, which are located between 600–1400 light-years from Earth. This allowed them to measure the star’s brightness over time.

“We had to cut through the noise, leaving us with the clear patterns of the 60 stars identified in the study,” explains Daniel Hey, a PhD student at the University of Sydney, and co-author of the paper who designed the software that processed the data from TESS. “Using the open-source Python library, Lightkurve, we managed to process all of the light curve data on my university desktop computer in a just few days.”

The stars which the team examined seem to be younger than their older counterparts which display a more random signature of pulsations.

“This fits the picture in which we know pulsation spectra tend to get more complicated as stars age,” explains co-author Dr Warrick Ball, from the School of Physics and Astronomy at Birmingham. “The youngest stars, therefore, give us our best shot at finding ordered spectra.”

Seeing beneath the surface of stars with astroseismology

Retrieving data about the conditions beneath the surface of stars once may have appeared to be something out of the reach of astronomy, but thanks to the development of asteroseismology, this has become a reality.

“Asteroseismology is the method we use to reveal the usually hidden interiors of stars,” explains Dr Tanda Li, one of the paper’s co-authors, also from the Birmingham institution. “It has yielded a wealth of fascinating insights on many types of stars, including the Sun.”

With regards to our star, astroseismology has given us an understanding of how its sunspots and solar flares, as well as giving astronomers an idea of movement deep within its structure, its elemental composition, temperature and even how it produces neutrinos — ghostly particles which barely interact with matter.

“Asteroseismology is a powerful tool by which we can understand a broad range of stars,” Professor Bedding said. “This has been done with great success for many classes of pulsators including low-mass Sun-like stars, red giants, high-mass stars and white dwarfs.

“The delta Scuti stars had perplexed us until now.”

Bedding adds, that despite this slow start, spotting regular patterns in these intermediate-mass stars will expand asteroseismology’s reach to entirely new frontiers. This will include, amongst other things, determining the ages young stars moving in groups, clusters and stellar streams.

“Our results show that this class of stars is very young and some tend to hang around in loose associations,” the researcher adds. “They haven’t got the idea of social distancing rules yet.”

“We are now in a position to start to probe these stars, and to use them as benchmarks to help us interpret the huge numbers of other stars in the group that present more complicated pulsation spectra,” concludes Professor Bill Chaplin, head of asteroseismology research group at Birmingham.

This article was originally published on The Cosmic Companion by Robert Lea. You can read this original piece here.