Robert Pattinson Just Blew Up Most of Your Tenet Theories 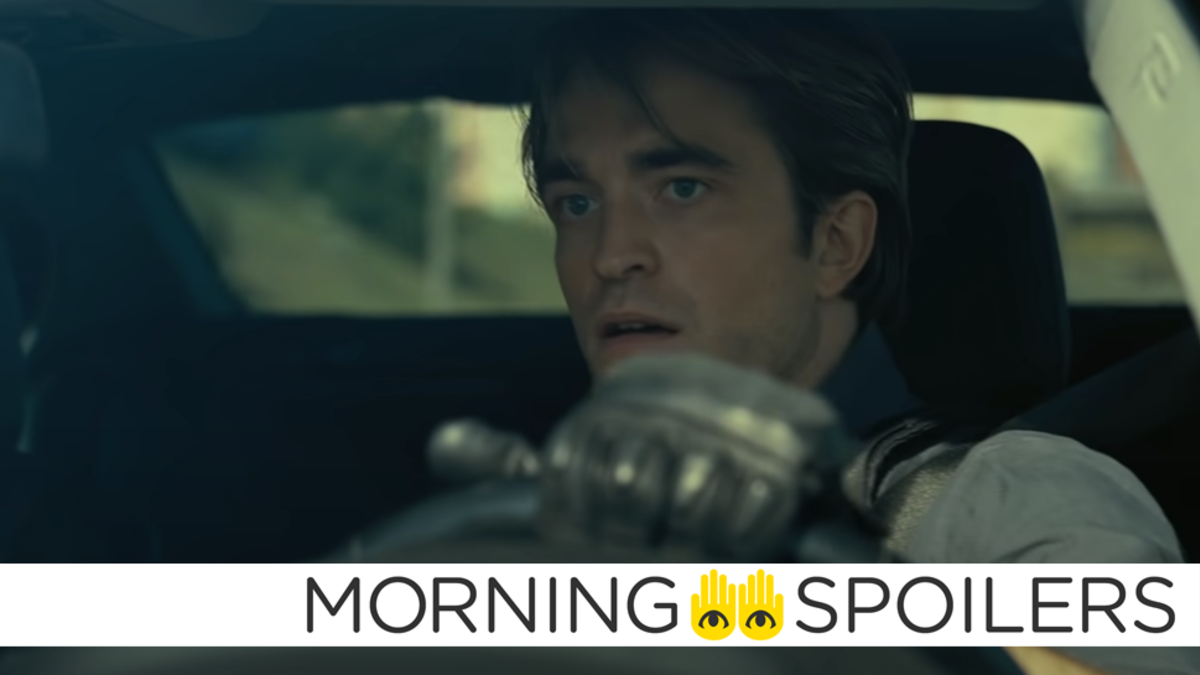 Matt Ryan really wouldn’t mind playing Constantine again in the new Justice League Dark show. The CW’s Superman and Lois has found its big bad. Neve Campbell’s still not sure if she’d be down for a fifth Scream, in spite of recent reports. Jordan Vogt-Roberts is still teasing his Metal Gear Solid movie. Plus, zombies abound on Legends of Tomorrow. Spoilers away!

Josh Gad has joined the cast of Roland Emmerich’s Moonfall as KC Houseman, a character described as “odd and unkempt in a way that suggests a high level of intelligence and an equally high level of disorganization.” THR notes Gad’s character is also the one to “correctly predict that the moon has fallen out of its orbit.”

Neve Campbell revealed to Collider she’s “not 100 percent” on returning for a fifth Scream movie.

Well, I’m not a hundred percent on it. But to be honest, the two directors ( Bettinelli-Olpin and Gillett) have made some great work. I’ve watched their films, and they’re really talented. They wrote a letter to me, expressing what great fans of Wes’ work they are, and how honored they are that they’re getting the chance to make Scream 5 because the Scream franchise is the reason that they’re directors now. So, that was really sweet. They really wanna honor Wes’ style of work and honor the movies. That was a lovely thing to hear. So, we’ll see. Hopefully, we can all see eye to eye on everything and make something great, but it’s a process.

I’m so curious. I mean, I literally haven’t seen a frame of this movie. [my character’s] not a time traveler. There’s actually no time traveling. [laughs] That’s, like, the one thing I’m approved to say.

According to Digital Spy, Black Widow is currently slated to hit theaters early in the UK, on October 28.

Dynomutt introduces himself as the gang investigate their first haunted house in two new clips from Scoob.

Matt Ryan told Den of Geek he hopes to audition for John Constantine in the upcoming Justice League Dark show for HBO Max.

Listen, I know that they probably won’t use the TV actor in the movie. All I would like is just get me in the room because I’m not a TV actor, I’m an actor. I’m a theater actor, you know? That’s where I spent most of my life. I always say to them, ‘Just get me in the room.’ And then if they don’t want me for the role that’s their choice. But I would be very disappointed if a project like that went ahead without even sitting down and seeing what I could do with the material. Even though the material is different and I know that I’m gonna have to adhere to the material in my head, I have to stay in that world of John Constantine and all of those comics that I love,” Ryan says. “So even though I have to dance to these different tunes, that’s what I want to think about, and that’s what I fell in love with. Whatever happens, John Constantine is a great character. I have no right to this character, no ownership over him. I’m an actor! How many people play Hamlet or Macbeth? I feel lucky to have played him, but there’s a part of me artistically that wants to dive into a part of John that I want to explore, and hopefully that opportunity comes!”

Wolé Parks has been cast as The Stranger, the “big bad” of Superman and Lois’s first season, described as “a mysterious visitor hellbent on proving to the world that it no longer needs Superman.” [Deadline]

Patton Oswalt confirmed he will return for the final season of Agents of SHIELD, albeit in a different role.

Netflix has ordered an adaptation of Vertigo’s Sweet Tooth—the Jeff Lemire comic series about a young part deer/part human boy who leaves his forested home to discover the outside world has been ravaged by an apocalyptic event—starring Will Forte and James Brolin to series. It will be produced by Team Downey’s Robert Downey Jr. and Susan Downey.

/Film reports a sequel series to Inuyasha focusing on Inuyasha and Sesshomaru’s half-demon twin daughters is now in development at Sunrise and Viz Media. Here’s the official synopsis:

Set in feudal Japan, half-demon twins Towa and Setsuna are separated from each other during a forest fire. While desperately searching for her younger sister, Towa wanders into a mysterious tunnel that sends her into present-day Japan, where she is found and raised by Kagome Higurashi’s brother, Sota, and his family.

Ten years later, the tunnel that connects the two eras has reopened, allowing Towa to be reunited with Setsuna, who is now a demon slayer working for Kohaku. But to Towa’s shock, Setsuna appears to have lost all memories of her older sister. Joined by Moroha, the daughter of Inuyasha and Kagome, the three young women travel between the two eras on an adventure to regain their missing past.

According to Business Insider, multiple but unspecified Titans spin-off series have “been considered” at DC Universe. Wonderfully vague!

Netflix has released a trailer for the upcoming Ju-On/The Grudge TV series.

Finally, the trailer for next week’s zombie-centric episode of Legends of Tomorrow includes a cameo by Trash from Return of Living Dead.